The 6 Foundation Stones of Mental Health 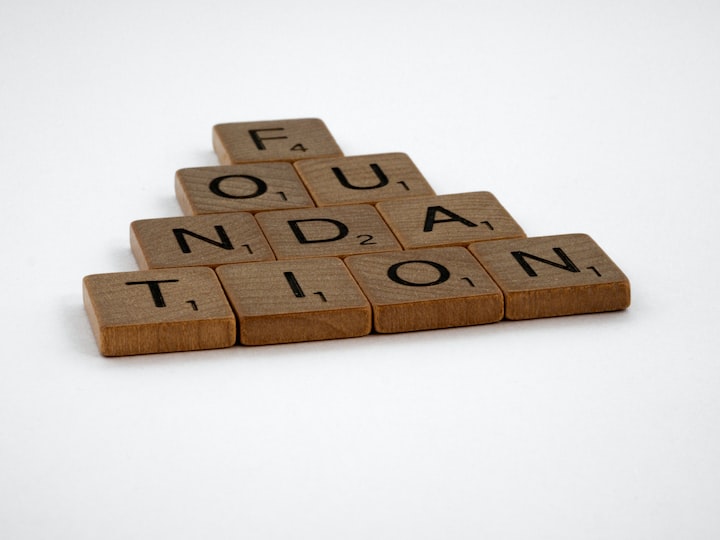 A client I support recently asked me, “What are the biggest things you have to do to manage your mental health? What are the main rules?”

Part of me was flattered that they deemed me responsible enough to be asked the question. The other half of me was simply dumb-struck; I’m 47 years old and have only just got a handle on my own mental health — I’m really probably the last person you should ask.

However, that was why they had; because I’d had a similar journey to them. They’d received lots of well-meaning advice from mental health professionals, but they’d found it all dry, unhelpful. It may have been dispensed out of a genuine desire to help, but it came from people who’d never found themselves trapped on a psychiatric ward, desperately searching for their errant sanity.

I had, and so my client thought I might be able to offer some more meaningful advice.

So, Christopher, I thought to myself — what are the rules?

Well, there are some universal fundamentals.

“When I first started working in mental health, I had a day’s training with a psychiatric nurse,” I told the client. “They said if you find yourself lost, unsure of how to help someone, fall back on the ‘List of 6.”

Although simple, this list has come to my rescue many, many times. And it’s this:

It’s a simple list, but it’s a magical one.

When you work in the field of mental health, things can escalate very, very quickly. If you’re not careful, you can find yourself helplessly adrift in the eye of a storm. Often one where people are either trying to harm you or themselves. However, it’s amazing how often one of those 6 things can be employed to defuse that situation, and bring temporary peace to the person suffering. A peace that you, as the support worker, can build on.

For example, just take number 6: Talk. It’s astonishing how people respond the moment they feel heard. I’d employed the tactic of “Taking the time to sit down and have a chat with a client” many, many more times than I’d had to employ my restraint training. Really, knowing how to immobilize a client is important, but knowing how to make a decent cup of tea and listen will be of more use to you.

“It’s important to try and do all 6 every day, as part of your normal routine,” I explained to my client. “But, if you’re struggling, it’s even more so.”

I could tell my client was disappointed. They’d obviously wanted so much more than my pathetic list. However, I didn’t believe the list was trivial. In fact, for all the major changes I’ve made to my life over the past two years, the main reason why things had got better was that I had focused on those six things.

And I explained why.

To begin with, I was sleeping more efficiently. Gone were my days of grabbing a few hours one night, then twelve hours the next. It had taken me time, and a huge amount of effort, but I now got my eight hours every night. If I was more alert during the day, more able to tackle the issues that arose every day, it was because I practised good sleep hygiene.

In terms of food, I didn’t just eat more healthily, I ate more regularly. There was no longer that debilitating blood/sugar battle raging inside of me. It may sound so simple it almost doesn’t need saying, but if you’re ever feeling lethargic, it might not be a sign that your depression is getting ready to engulf you — it’s more likely to be your body telling you it needs fuel.

Same with hydration. Just sipping water throughout the day has a magical effect on your physiology. Need to sharpen your concentration? Take on more H2O.

As for appearance? This isn’t about vanity — it’s about self-respect, but also about doing something small that could motivate you to do other things. If you can find the energy to shower, brush your teeth, and put some clean clothes on, you might find the inclination to do something else. From small acorns, mighty oak trees grow: I’ve lost count of the number of times I’ve found the capacity to begin writing an article or tidy my apartment by prefacing that with washing and dressing.

Medication is non-negotiable. I could spend all day discussing the ethical, and indeed medical, pros and cons, but if you need pills to function, take them. I hope you can get to the stage where you don’t need them, but if — at present — they take the edge of your mental illness and enable you to function, make sure you swallow them down. Personally, I dislike needing them, but I also accept they help me. They’re one weapon in my fight — for as long as they assist me, I’ll happily have them as allies.

Fresh air is an interesting one. The benefits of being outside are well-documented, not least in the array of lovely vitamins you’ll absorb thanks to natural daylight, and in the exercise you’re giving your body. However, there’s still a lot of confusion as to exactly why fresh air is as effective as it is in lifting your mood. For now, the only thing we do know with any certainty is that it does help. So, lace up your shoes, and get out of the house.

And so we come back to talking. This isn’t just about being able to vent and sharing your concerns, it’s also about being human: We need human connection. We are innately social creatures and are hardwired to connect with others. Deprive yourself of those, and your mental health will plummet: Social isolation = less happiness. Even just exchanging text messages with one person once a day is catnip to your soul.

My client seemed happier after I’d explained. However, they had one final concern: Although the ‘List of 6’ appeared straightforward to most people, for someone in the throes of depression, they would be massive, almost impossible, undertakings.

That’s why, during my time working in mental health, and also based on my own personal experiences, I’ve added a seventh element: On your ‘bad’ days, cut yourself some slack.

Some days those seemingly easy tasks will be just that — easy. On others, they would be Herculean. And that’s okay. Mental illness is rarely cooperative; there will days when just getting out of bed is a mammoth achievement. On those days, rest, recover, recuperate. You’re allowed an unproductive day — we all are. At such times, you might only manage one of the 6. You haven’t failed; you’re just having a tough day.

The ‘List of 6’ isn’t there to add pressure; it’s a roadmap to try and follow. A troubleshooter to help identify areas you could focus on. Its power lies in that the tasks it asks you do are everyday ones, ones that — most days — you should be able to complete, and by doing so safeguard the essentials of your mental health. Just doing them is often enough.

However, my seventh ‘rule’ allows for those days you can’t. If you end up needing to employ that last edict a lot, then it’s also a sign that you might need more help. Again, there’s absolutely nothing wrong with that: If you can’t look after yourself right now, and perform those 6 tasks, then seeking more help to get you through this period is perfectly okay.

The ‘List of 6’ isn’t flawless. But we’re talking about mental health: There are no exact formulas for success. However, as either a guide to follow or as a way to identify that you need more help, I’ve yet to come across many better concepts.

They might be simple, but they’re solid easy-to-understand foundations. They’re something tangible to cling onto. And, when it comes to the turmoil that poor mental health can carry in its wake, having something to grasp is wonderfully reassuring.

‘The List of 6’ — try it. My client has. And, despite their initial resistance, they now have a life-raft. Foundation stones. Their life isn’t yet where they want it to be, but thanks to that simple list it’s slowly improving every day.

And I’m not sure there’s any greater recommendation than that.

If you've liked what you've read, please check out the rest of my work on Vocal. Among other things, I write about film, theatre, and mental health:

More stories from Steven Fitzgerald and writers in Psyche and other communities.