The 5 Most Common Symptoms of Anxiety

by Blue Dymond 4 months ago in anxiety

Anxiety Can Be Debilitating 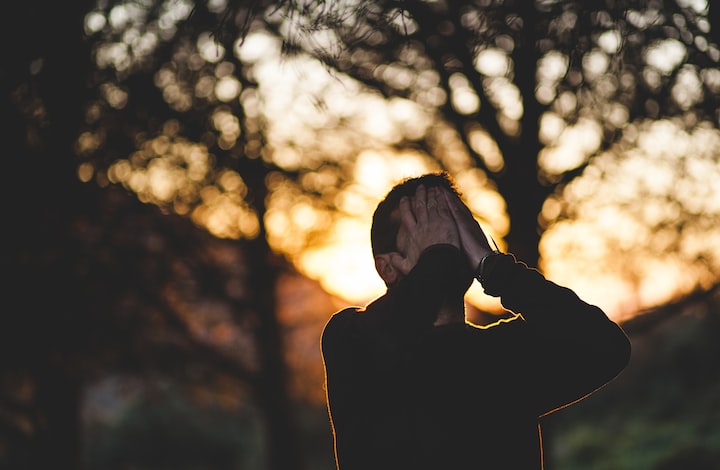 Photo by Francisco Moreno on Unsplash

• Feeling Agitated: Whenever a person is feeling anxious, a part of his sympathetic nervous system tends to go into an overdrive. This generally kicks off a cascade of alternative effects all throughout the body. Some of the effects include shaky hands, racing pulse, dry mouth, sweaty palms, etc. Most of these symptoms happen because the brain believes that the person has sensed some sort of danger and it further prepares the body to react to that threat.

• Irritability: People having anxiety disorders can also experience excessive sort of irritability. According to some recent studies which included six thousand adults, almost ninety percent of them with generalized anxiety issues reported a sense of irritation especially during periods when their problem was at its worst. Moreover, since anxiety issues are mostly associated with excessive worrying or high arousal it isn’t at all surprising that this irritability is a very common symptom.

• Tensed Muscles: Having tensed muscles on most of the days of the week is another frequent symptom of anxiety disorder. While tensed muscles might be common, however, it isn’t fully understood why it is actually associated with anxiety. It is further possible that tensed muscles increase the feeling of anxiety but it is also possible that anxiety can lead to an increase in the tenseness of the muscles. Interestingly, treatment for muscle tension with the help of muscle relaxation therapy has also proved that it reduces worry in people having a generalized anxiety disorder.

• Panic Attacks: Another frequent problem usually found with anxiety is called A Panic Disorders. Panic disorders are further associated with recurring panic attacks. Panic attacks are known to create an overwhelming and intense sensation of fear that can sometimes be debilitating. Moreover, this extreme fear is sometimes accompanied by sweating, rapid heartbeat, chest tightness, shaking, shortness of breath, fear of losing control or dying, nausea, etc. Mostly panic attacks happen in isolation but if it occurs unexpectedly and frequently it can be a sign of the panic disorder. Some surveys states that almost 22 percent of American adults experience panic attacks at some point in their life.

Stay In The Moment

Overall anxiety is the intense fear of "what will be". Sufferers are usually over concerned about something that hasn't happened yet. They have difficulties making decisions and even when they do come to a decision they stress over it until it passes. Yoga, meditation, exercising, and other relaxation techniques help to calm the symptoms of anxiety but the biggest defense you can have is reminding yourself to stay in the moment. Don't think too far ahead. It's most definitely something that's easier said then done but if you continue to remind yourself to breath and stay in the moment eventually you condition your response to automatically be that way without any reminders. Anxiety is all about the type of mindset that you have, it makes you feel like there's an extreme sense of urgency when there isn't.

"No amount of worry can solve any problem"

anxiety
Blue Dymond
Read next: Never In the Cover of Night
Blue Dymond