The 5 Common Characteristics Of A Narcissist.

by Blue Dymond 4 months ago in personality disorder

Are you or someone closest to you exhibiting any of these characteristics? 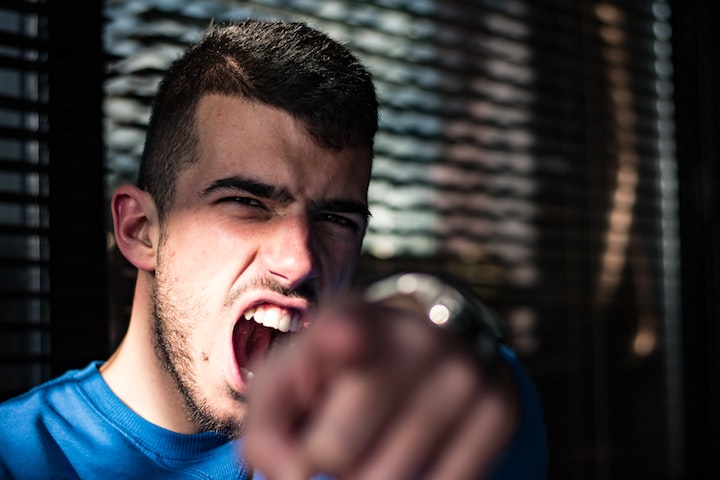 When you are trying to determine if you or if someone you know is a narcissist, you need to keep in mind that you should look for clues on behaviors and patterns. Narcissism can't be identified using physical blood tests or MRIs. Overall, you will need to go on to observe behaviors and attitudes that a person (or you yourself) shows.

5 Characteristics Of A Narcissist

Whenever you are trying to determine whether someone is a narcissist, the first and most important sign the person usually shows is superiority. Be sure to understand that superiority is different from having self-confidence.

Self-confidence is about feeling good about yourself and trusting in your qualities or abilities while Superiority is all about comparison to something or someone else. When someone feels superior, they feel that they are better than the next person, thing or environment.

In a narcissist's head, everything is simply right or wrong, good or bad, or superior or inferior. They establish a hierarchy where they stand at the top and their mindset is that they will always need to be right, better, and superior.

When you're dealing with a narcissist, you'll be dealing with someone who always does things their own way, and they have a need to control everything which leads us to our next characteristic.

As stated a narcissist needs to control everything around them. Usually, in their eyes everything is imperfect until they get in control of it and make it better. They will do whatever they feel is necessary to change, mold, or control things to their liking.

Narcissists always have a storyline in mind about what each person they interact with should be saying and doing. When you don't behave as expected, they become quite upset and unsettled. Ultimately, they feel lost and don't know what to expect since you're off-script. That leads them into becoming more aggressive and manipulative to get you back where, in their mind, you belong.

3.) Extreme Need For Attention And Validation:

Their need for attention can be extreme. It can include constantly saying something to grab your attention or attacking your emotions to get a reaction out of you. They are not above manipulating, guilt tripping, or sabotaging you to get their needs met.

In addition, they also require validation since for a narcissist, it only counts if it comes from others. Nevertheless, no matter how much you tell a narcissist you love them, admire them, or approve of them, they never feel it's enough. Ultimately, deep down they don't believe anyone can love them. This goes to show that while they display an air of superiority and confidence they are actually very fearful and insecure. Until they come to terms with who they are and gain self worth they will always look outward to gain positive feelings about themselves.

When you are in the presence of a narcissist, you will almost immediately notice a lack of empathy.

Simply put, narcissists tend to be selfish and self-involved and are usually unable to understand what other people are feeling. They expect others to think and feel the same as they do and seldom give any thought to how anyone else may be feeling. They are also rarely apologetic, remorseful, or guilty.

They love to apologize backhandedly with “Im sorry you feel that way”. Which just means that they aren’t taking any responsibility for whatever they have caused and they have no feelings of empathy or remorse.

Keep in mind that most narcissists don't understand how their feelings actually work. They think their feelings are caused by someone or something outside of themselves and don't realize they’re caused by their own biochemistry, thoughts, and interpretations. So, narcissists believe that others are the cause of their feelings and will not hesitate to manipulate or gaslight someone into taking blame for whatever mistakes they have made in their lives. Which goes into their last major characteristic.

The reality is that while narcissists always want to be in control, they never want to be responsible for the results unless they're the results they were expecting in the first place. When this doesn't happen or they feel criticized or less than perfect, the narcissist places all the blame and responsibility on you. It has to be someone else's fault because in their head there’s just no way possible that they could ever do something negative.

Authors Note: Please realize that its not our job to change people. They have to want to change themselves. Narcissistic people are not bad they are hurt and they are using their hurt as a reminder to keep people in emotions as far away as possible. The closer you get to people like that the worse off it can be for you. They turn into what is called emotional vampires. If you’ve ever been in the presence of someone that leaves you emotionally drained and exhausted after being around them then you have most likely been in the presence of this modern day vampire. For more information on it go ahead and take a look “When They’re Sucking Everything But Your Blood”. I promise you wont regret it.

As always, if you’ve enjoyed what you’ve read today or it has helped in anyway please don’t forget to hit the love button at the heart below and/or if you’re feeling generous leave a tip. Thank you!