Taking a Step in Knowing the Mind, Body, and Spirit

Autism, Depression, and I 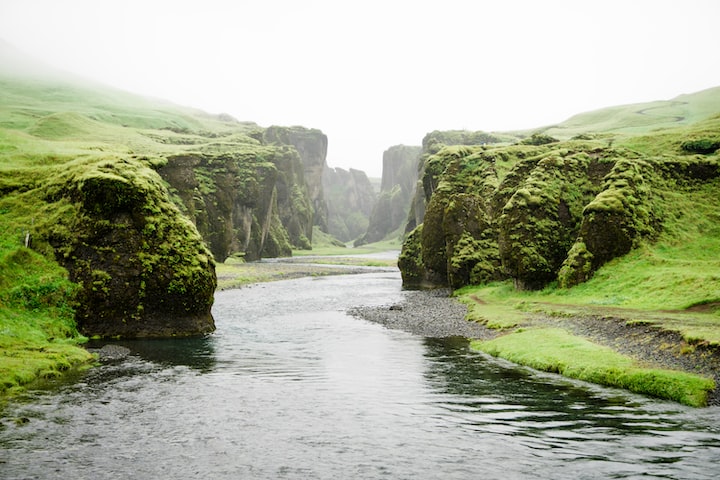 Photo by Martin Sanchez on Unsplash

Towards the end of April, in the year 2019, I learned a lot about myself. I learned more than I thought I would, learned about my mind and why the things I thought happened the way they did. I came to understand why I was so different from the kids I grew up with, why I always felt strange and alien even as I pretended I was "just like every other girl."

Back in 2019, I started going to a business college for Massage Therapy. At the same time, a lot of things started happening in my life. My mama Betty, my biological grandmother, was diagnosed with cancer around the same I was diagnosed with Autism, Anxiety, Chronic Depression, and an Eating Disorder. Truth is, when my diagnosis came up, it was a result of me going to therapy to help deal with my mama's cancer.

I was often anxious.

I was frequently temperamental.

The last point isn't one I like to talk about, but it's the truth. I felt horrible about it, but those sorts of thoughts plagued my mind long before my mama got sick with cancer. I had them long before she died the following year, from the early years of my life as a teenager trying to figure out what, exactly, is wrong with me.

When I was in college for Massage Therapy, I started going to therapy. I had to talk to someone that wouldn't tell me "it's gonna be okay." I didn't want a lie, no matter how much the person telling me that wanted me to feel better in a time I was drowning beneath all responsibilities I struggled to perform for myself and my mama.

Mama had a lot of dietary changes. Little health things to be seen to, health checks to be performed at home. There were signs to watch out for, things that would have told us if an infection was settling in or if she was in pain.

When I failed to notice these signs, I blamed myself. If I was a better daughter, I would have noticed mama was in pain. If I was smarter, more perceptive, I wouldn't have been fooled when she told me she was fine. If I had done this or that, she would still be alive.

And those were the things I shouldn't have thought. These thoughts were some of the reasons why I was in therapy in the first place, and, after talking to my therapist, I was put through a mental health screening.

The results were more layered than I would have thought them to be.

The Insidious Nature Of Depression

Yes, I just used Harry Potter as an example.

One thing people don't seem to take into consideration is that depression is different for every soul inflicted. Much like autism, it presents differently to each person who has it. It might be severe for one person while it's mild for another. Some people can live with it without medication while others will fall into a vast, black nothingness without meds to cut it away.

Depression is an illness.

For me, depression is a darkness that curls and churns at the back of my mind. It's always there, lurking. Waiting. I know it, and it knows that I know it's there. I don't need medication to deal with it, but I did, once upon a time. When thoughts of self-harm pressed at me as a young teen, I was given meds to help deal with it.

The difference between a world of depression and medicated contentment was like leaving a fog-heavy town that was black and white for a place of startling color so vivid that I felt like this was what it would feel like to be high for days. Everything was crystal clear and sharp, in focus, and I was looking at the world through the lenses of what I had thought normal people viewed the world through.

Turns out normal doesn't exist. I'm totally down for that.

I didn't stay on the meds long. I was told I didn't need them, once my mama learned I had them, and I listened. Threw them out. Not long after, the shadows and fog came back into my life like a blanket of mist rolling off a lake.

This time, however, I just dealt with it. I kept my pain private.

The Correlation Between Autism and Depression

It wasn't until years later that I learned a lot of what I was feeling was likely related to another condition I had. Autism. I'm what a lot of folks classify as a person with 'high functioning autism.' While I don't necessarily agree with the way it's expressed, I understand the purpose behind the label.

As I went to therapy for the mixture of depression and autism, I learned the two are often linked together. Many adults with autism suffer from depression. Men and women with autism have social impairments, and we have a hard time connecting to other people.

The people who did my test were quick to explain women are as likely as men to get autism. The difference is that women are better at hiding it than men are, and a lot of the tests are designed with men in mind. Women, when it comes to autism, present differently.

Women are the experts at "masking."

Masking is a term for how a person will act and behave according to how others around them act and behave. It's seen more in girls than boys because girls are held to certain expectations boys aren't held to. As girls, we're supposed to act a certain way, talk a certain way, and look a certain way. If we don't, we're often bullied for it. Talked down upon. Judged.

I went through this as a kid. I was already the odd one out because I was one of two redheads in my class. I wasn't a social person. I liked my books, drawing pads, and the safety of my thoughts. I don't remember much from my childhood, but I do know that I had a certain way of doing things.

I was clingy to my mama and my sister, and a few select adults I liked, but I didn't want much to do with other people. I didn't pay a lot of attention to my surroundings, I was curious, and often off in a world of my creation. As a kid, I was just that: a kid.

It was only when I started getting older that the real differences became more and more obvious. I had one or two friends in school. People that shared a similar interest in books, video games, and movies I knew I could have conversations with. I was civil to others. Small talk was necessary, even if it was, and still is, something I don't understand all that much.

I took every art and writing-based class I could get my hands on.

I was in Speech and Debate as well as Drama. I took Creative Writing in my senior year. I looked up articles on worldbuilding, character creation, and storytelling. Anything I could get my hands on, I read. Later in life, I found a lot of videos on YouTube that I would watch until the creator went and wrote their first book and broke every rule they talked about.

Depression, however, lingered in the background.

The darkness of my mind was always there. It was always a thought away. Whenever I was alone, it would slink in. It would whisper in my ear. When a group of kids I was with would be ahead of me, and I was left on my own in the back of the group, my thoughts would shift and go somewhere dark.

The people around me were lacking mentally. I couldn't connect.

And I felt like there was something wrong with me because of it. It would take years before I'd realize that I have to have a connection with a person before romantic interest would kick in. There has to be something on the inside that catches my interest, a lure to pull me in deeper to the soul.

The older I got, the more I realized I'm different.

The more I learned, the more I realized everyone is different.

No two people are the same. Everyone is unique and different in their way. And everyone is fighting some internal battle. Mine just happens to be my difficult living as an adult who isn't fully sure of how to take care of herself, but still tries her hardest. My fight is over the darkness in my mind, and the anxiety and frustration that fluctuates beneath the surface.

Autism, Depression, and I: Mind, Body, and Spirit

One thing I have learned is that illness of any sort always starts in the mind. Either in our thoughts or our brain, somewhere. I've made a lot of changes to my life these past three years. Changes that have helped, but not one of them was easy.

I've struggled, I've sunk beneath the waves, and I've held on for dear life. I have fought my way from being dependent on others to relying on myself as much as I can. There is no other way.

Now, I think. Clearly. I try to be cautious of what thoughts drift through my mind because I know they will affect me. I know if I let the darkness rise, I will fall. I will drown. I will struggle.

The first fight we, as humans, will face is our thoughts. The judge and critic living inside of us, the dark voice that tries to break us down. I refuse to let mine win because I know the world, while cruel and dark in so many ways, is also a place of beauty and wonder.

Our bodies are the home of mind and spirit. It must be taken care of. I've felt so many changes now that I've taken steps to help my body thrive, seen my skin clear up and my health begin to improve after a decade of fighting against it. I try to think better thoughts about my body, to not let negative patterns of the past influence my present.

And then there is the spirit. The soul. The spark of breath and life in us all.

I'm still learning about that one. Faith. Belief. God. I know little, and the few experiences I had as a child were less than good. They were horrible. Judgemental. Damning. Now I'm learning about where I am, the world I live in, and the nature of faith and god in the lives of the world.

And the role it played for our ancestors one generation after another.

I will learn. I will grow. I will heal.

Of that I'm sure.

If you liked what you read, or if you resonate with any of it, please leave a heart and a comment. Tell me your thoughts and experiences. Sometimes the best way to understand one another is by being honest.

For those of you who are willing, leave some insights or even a tip. Any support offered goes a long way. If you liked this article, I have another you might enjoy you can read here.

Thank you for reading, and I'll see you all next time!

As a writer who loves the fantastical and unnatural, Brittany enjoys writing fictional stories that fall into the fantasy and horror genres.

More stories from Brittany Miller and writers in Psyche and other communities.