Strength of Weakness and Your Elusive Creative Genius

by Judith Isidore 2 months ago in advice
Report Story

Perhaps today is not the best day of your life, you have woken up sluggish, suffering internal defeats and despair and frustration dominate the throne of your thinking 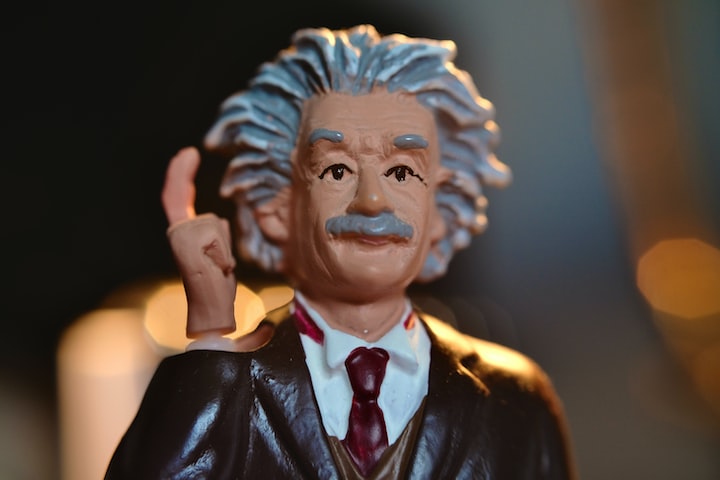 Photo by Andrew George on Unsplash

Perhaps today is not the best day of your life, you have woken up sluggish, suffering internal defeats and despair and frustration dominate the throne of your thinking. It's not just that you woke up irritable and upset; You try by all means to drive away your dark thoughts; Just a little to see a thread of optimism pierce the wall of despair towards you. You think that everything around you is now unable to revive the spirit of vitality and activity within you! But it is not so! Think a little about the impact of some buzzwords on you, in a motivational speech containing the best international TED lectures, instilling in you a spirit of hope, and instilling in your depths small seedlings of optimism that grow to grow and control you.

If you believe in the positive impact of these speeches, and even if you don't, trust TED's inspiring lectures that will give you solace in your tough times, and inspire you to walk the right path. Believing in the importance of going through this experience, we have provided you with the best set of lectures presented by the global TED platform that is capable of changing your life for the better.

This lecture will be given by the American writer Elizabeth Gilbert, who gained fame with her 2006 best-selling memoir "Eat, Pray, Love".

In these lectures, Elizabeth talks about the connection between mental health issues and the writer's fear that his next work will not achieve the quality of his previous work; These ideas swell in the minds of writers, causing many of them to commit suicide some of the time as victims of depression. Which prompted Elizabeth to present this lecture in which she talks about building barriers between her work and the mechanism of receiving this anxiety.

He addresses this idea by talking about some Roman and Greek beliefs that believed in the existence of a hidden spirit called genius that helps the artist in his works; Which built a barrier between the artist and his work, so he did not taste success, nor failure. While with the beginning of the Renaissance, ideas changed, and the idea of ​​the genius spirit centred, so people realised that inspiration stems from the artist himself; who as a result began to bear the consequences of the success or failure of his business. Perhaps it is what claimed the lives of artists 500 years ago until now.

As an example, Elizabeth talks about musician Tom Waits who was driving his car when a song came to his mind; It was difficult at the time to find a pen to record the song, and he did not have a tape recorder to sing that tune and preserve it. So he began to speak to his hidden genius with words such as: "If you really are around, come back at a more convenient time...or else go disturb someone else today."

Inviting a return to the classical period, Elizabeth uses this method in her life; To continue working away from the closed dark circles that trap and control the artist in our time. So she keeps striving for the best, and if her hidden genius desires the best, let him come to work to do his duty!

Although there is a lot of research on how to understand body language, and the importance of sending the right message through your body movements; However, in this talk, Amy Cuddy delves into how we are affected by body language; And how the power of such a strategy can make a world of difference to how we view ourselves. Amy is a famous social psychologist, Harvard University professor, and body language expert.

In her lecture on body language, she points to the dominant nature that she draws and controls. Look at the people who are dominant in society; You see them standing tall, their shoulders erect and straight in their position. But when one of us feels powerless, he does the exact opposite; He shrinks in on himself, bends his shoulders, and makes himself smaller.

And since we, as humans, complement each other, it is obvious that when interacting non-verbally with the other, one of us tends to do something that contradicts his behaviour. Therefore, if the opposite person is strong and large, we will automatically tend to make ourselves smaller.

According to a group of studies that Amy talks about, a group of strong people were more confident and calm in stressful situations, and she attributed this to having a higher amount of the dominant hormone (testosterone) and less amount of the stress hormone (cortisol). Through her experiment, she found that body language was able to alter these hormone levels, by adopting high-energy or low-energy poses for two minutes; to affect the level of hormones in your brain; You draw the path of your strength or weakness with your own hands. So start accustoming your body to high energy poses, and practice life of the strong to be that way.

The Orchestra In My Mouth

This lecture is presented by boxer Tom Thum, who feels like he has a set of musical instruments in his throat. Through it, he can make a group of sounds that are similar to the sounds of a jazz band, or a pop group, or a different group of strange instruments. This 15-minute video quickly became the most watched TED Talk ever, with over 44 million views. To gain global recognition for his unique talent for manipulating his vocal cords; And his innate ability to make different non-human sounds.

The Surprising Science of Happiness

The Power of Vulnerability

In this one-of-a-kind lecture that has garnered over 6 million views on TED, Brené Brown talks about human connection, and our human capacities for empathy, belonging, and love. She shares her research based on her discovery of shame's core vulnerability; During it, she explains that love and belonging are the two most common feelings among people who think they are worthy; While feelings of compassion and courage are common among those who are content with themselves, they have had the courage to be imperfect. Those who embrace weakness are those who think they are not worthy of anything, and fear communication from the ocean.

In this talk, journalist and author Malcolm Gladwell examines the counter-intuitive in what we all consider mundane. It reveals a new way to experience and interpret our daily lives. It touches on the conventional wisdom that if you want to understand what people want, the best thing to do is ask them. To go back to the idea that the different benefits they offer companies usually depend on what their employees want.

Philosophy For A Happy Life

This is one of the most inspiring TED Talks given by seventeen year old Sam Berns. In his lecture, Sam talks about a genetic condition known as Progeria. To discuss his personal experience with the disease and his struggle against it and overcoming various restrictions.

Although I believe that watching one of these lectures will crowd many thoughts in your head, with a great many questions about what these people are thinking, and how satisfied and satisfied they have reached. But you will undoubtedly take off that robe of your melancholy, and go about your day with frank optimism and great happiness; Guided by personal experiences who have inspired millions.