by Danny Fantom 10 months ago in selfcare
Report Story

Or, how I learned to accept that I have the attention span of a goldfish and curated my content thusly 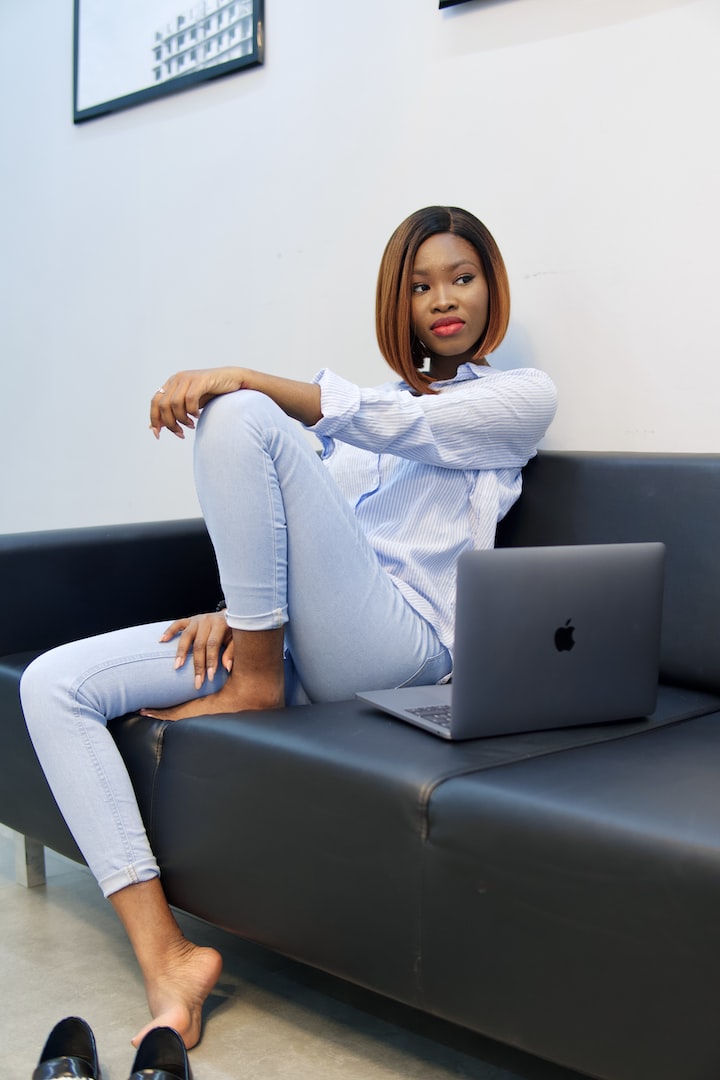 Photo by Joyce Busola on Unsplash

This pandemic that has absolutely shredded my attention span.

At one point in time, movies were my solace. I flipped through the catalog of Amazon Prime to enjoy a spontaneous flick, or skipped into Target/Walmart to pick a familiar and comforting $5-$10 movie. On Tuesdays I would happily run over to the Cinemark near my job for discounted movie tickets and make a whole night of it; a daquiri from Fat Tuesdays, sushi at a little metal table overlooking the ground floor walkway and entrances to several shops and restaurants, and a delicious donut I'd sneak in to the theatre to enjoy during the film. Movies were my excuse to be sociable, and present in life- to be surrounded by other likeminded people who were choosing this movie as a moment of leisure and engagement in the joys of life we are too busy toiling, to otherwise enjoy.

I've lost that privilege. More accurately, I've lost that ability to retain that experience. During the lockdown in Florida, I had my father staying with me to prevent his career as a truck driver from bringing risky to the rest of our family further south. We watched a movie every day. A Dirty Harry collection I'd purchased from Walmart, Die Hard series, any B-list Stallone movie on Prime . . . tons of nature documentaries on Disney+ too- my favorite being the documentary featuring Echo, the cutest dolphin.

In June I was called back to work, my dad was on a job with a new company, and somewhere in the midst of coming back to work and adjusting to the new level of feral people had unlocked . . . I lost my watch mojo. Being thrust back into a public setting during a pandemic and enduring the singe-minded ignorance of folks determined to forget that the pandemic was still a thing left my mind and body feeling like nerves scraped over by sandpaper and covered in chilis. I didn't have the mental energy to devote attention to any lengthy film since most of it had been drained during the work week, so I grew bored and uninterested quickly. Also, an interesting side effect of working a god awful job during a god awful time was the way my sensitivity to secondhand embarrassment skyrocketed to the point that I physically couldn't continue a movie if something weird happened.

No, for some reason . . . since November of last year I have watched a total of ten movies and from start to finish. Every other film (and a lot of TV shows) I've tried have either been abandoned after the first fifteen minutes or . . . the first twenty.

I like to keep the TV on though. I've since lost Prime, but I still love Youtube. Short little videos have been my saving grace from boredom for the most part. I just want something on that can stay mostly background noise, perhaps a little easy something that doesn't require a lot of thought or attention to give my focus too when there is little else to read or enjoy.

So, I wondered how many others might be feeling this way. With that I thought I'd make a nice little list of channels that serve as soothing background ambience, or very nice easy listening material.

A wonderful Youtube channel, they focus on creating lengthy videos (at least an hour long) of various "worlds" from either video games or movies. My favorites to listen too are Naboo, any of the Pirates of the Caribbean, the Mandalorian, or their Disney Park ambience videos. A lot of their videos are like three hours long so I don't have to worry about clicking around to find something else so often which helps keep me relaxed and immersed so well I hardly notice the passage of time. The videos are never boring or static either, usually involving some element of motion to keep a sort of lively ambience that usually matches the music that is used from the respective property, and some absolutely stunning quality photos or videos. Even now, I've got Cinderella's Castle on in the background and the sound of an orchestra playing the classis "This is Love" and "When You Wish Upon A Star" helps keep my fingers steady and my mind soothed.

Mikey Chen is the host, and I suppose the owner as well, of this really comforting channel. Quite simply, he's mad about food. I'm mad about food. So it's always relaxing to have his videos on the background because the content is consistent- quite often, usually, I find my attention captured by the absolutely mind blowing visuals of the delicious foods and his explanations of them. Food is never a risky topic for me, nothing where I fear danger of being overwhelmed or bored after ten minutes because . . . I mean, food. Yummy. You know? Mr. Chen himself is also a very amiable and relaxing figure, a personality that's not too overwhelming and just the right amount of obsessed with his plates. I've gotten quite a lot of bucket list locations from his videos to be honest! There's been times I've watched about two hours worth of his videos so I can rely on these as relaxing content.

I've written an article about the channel Watcher already (that article here), but I truly cannot recall the number of times I've rewatched this show already. There's no mystery here though, it's just so fucking hilarious I can barely stand not to watch it bi-weekly. Few things are more pleasant than watching two very best friends send each other into hysterics with help from a social media audience. And it helps that each season is themed to a holiday, so season two is perfect for this current time of year, but I'm super super excited for the newest season premiering on Black Friday and it's- you guessed it- Holiday themed once again! I hope Krampus!Shane makes an appearance again. But honestly, I think their crown jewel in that show might be Season 3, the summer edition. If you're out there, and you read this in time, @boobs_69_420 . . . you're my only hope.

Another ambience channel, Miracle Forest was actually my first exposure to videos of this genre. It's something I found while glancing through ASMR videos and I quickly subscribed due to the voluminous body of work and the enchanting creativity of the videos. The video I posted above was the first of theirs' I'd ever watched, but another favorite of mine is "Autumn Town ASMR Ambience."

I've got some ethical questions with Disney considering my proximity to them in my career field, but absolutely NO ONE can deny they've got the cornerstone on scenic magic. From the neatly paved streets, to the gentle swaying trees, and the highest gleaming turret on their castles, Disney's park ambience is one of the reasons people all around the world pay top dollar to come to their parks. Even I, on the two trips I've gone in the past twelve years, hold fond memories of the beauty and attention to detail of their scenery. So this particular channel does well in bringing that back for me! Cinemagic has playlists dedicated to the theme parks that make up Disney World, or nice videos that do little mashups of them. Not all of them come with music too, which can do well for days I can't stand to listen to music but still need something in the background to fill in silence.

There are tons of other channels out on the internet that can do everything these five options can, and perhaps more. I decided not to include any ASMR channels (besides Miracle Forest, though I consider that more a hybrid than anything) since that should be a separate discussion on its own. Thank you for reading, and I hope that if you were struggling to find some appropriate easy listening or viewing before that this little list gave you at least one option. What are some of your favorite chill channels or stations to put on for a relaxing day?

More stories from Danny Fantom and writers in Psyche and other communities.