A story about Addiction and Self Love 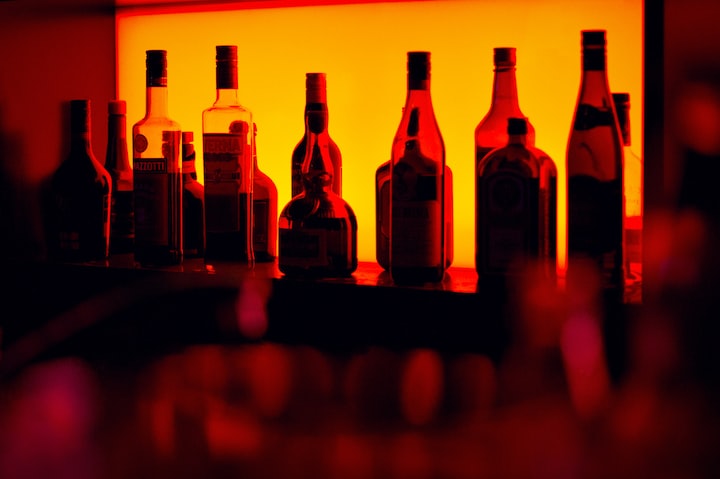 It occurred to me the other day as I pulled back the sheets on my bed that I never smell like chocolate.

I had a flashback to the days of my youth when I smelled like a distillery the day after drinking. There were moments in hot yoga rooms in those days when I was worried the person in triangle pose next to me might get pulled over for a DUI on her way home. She would be unable to explain to the police officer why she was blowing above a .08 on a Sunday afternoon, now late to make Sunday dinner for her two happy children and her adoring husband, what a bummer. Guilty by proximity of the yoga mat.

There were several times when I wanted to see if what I drank changed the aroma of the distillery I would be the next day. For instance, if I drank tequila, would a bystander wonder if I’d had a 3 margarita lunch that day? Or perhaps, I could at least be considerate about it. My boyfriend really liked whiskey, so maybe I could drink whiskey and be like one of those fancy candles for men; they always have a label with two nouns. Whiskey and..., whiskey and...I’d have to wear leather or find some pine needles to roll in. Whiskey and Pine has to be a scent of a candle sitting somewhere on a brushed glass shelf in an overpriced men’s store. Raw denim jeans and Red Wing shoes lining the walls like rich hipster uniforms waiting to mold men into caverns and tunnels held together by seams sewed by small feminine hands in other countries.

Sometimes I wonder who men of the northwest would be without beards, plaid, and highballs. I know that sounds judgmental; I honestly do not intend it to be. I genuinely wonder. I wear a uniform of athleisure because my clothing choices are based on how comfortable I can be while still maintaining the appearance of a person who has enough self-respect to put pants on in the morning. Comfort is my target; a bullseye is the experience of feeling like I’m not wearing clothes at all. I simply wonder what the bullseye is for the plaid donning, mustachioed, scotch-drinking hipsters. What does that uniform feel like? Or perhaps what feeling motivates the choices that end with wearing that uniform?

Comfort as a target is the opposite of how I used to operate. The target when I was younger, dumber, and more insecure was to wear clothing that would distract from my eyes so I wouldn’t have to make eye contact with people and potentially fall into a death trap of being seen or vulnerable. Push up bras and high heels were my armor. I smelled like an Angel (by Mugler) when I left the house; a scent that is described as an “indulgent vanilla-patchouli accord." The perfumier spoke of “memories of fun-fair, the taste of marshmallow, candy floss and grilled almonds.” That description pretty much sums up my existence of that portion of my life: as much density and depth as a marshmallow or candy floss and the only thing of substance a bit damaged, toasted by the intensity of life. I’d wake up in the morning and smell of far less angelic qualities. The olfactory sensory experience of shame and guilt is less romantic. It is an odor that exudes rather than a scent applied. The scent of "hangover" is not bottled and sold, I think for reasons that don’t need to be highlighted.

When an alcoholic gets sober, it doesn’t mean the problems go away. It means the pain of being alive is amplified.

People who do not have addiction tendencies don’t and can’t understand the severity of the pain an addict or alcoholic goes through on a moment-to-moment basis. When I got sober, the voices I tried to escape by drinking became louder; I couldn’t run away from them and they were mean, like, awful mean. The kind of mean that drives some to suicide. I’m too much of a pansy to ever actually kill myself but I’ve been in enough pain to think about how I might.

When I searched the phrase, “I don’t want to kill myself, but don’t want to be alive,” it made me feel less alone and perhaps even a bit normal. I was not the first or only person to feel this way, not by a long shot. The search bar auto-filled after my fingers finished typing the word “but…” I’m sure Google has remarkably effective algorithms for text prediction, but there has to be an accumulation of data to get to that point. I noticed comfort was quickly replaced by heartache knowing others were out there hurting as much as I was.

Addiction is sneaky in so many ways, but perhaps the cruelest way is the narrative of the abuser part of self. My abusive narrator was a malicious, unhinged, silver-tongued bitch that had elusively taken residence in my mind at some point in my life. She was loud, on repeat, and irreverently callous toward the pain she caused me. She managed to espouse self-hatred and self-loathing to a visceral extent whenever she had the chance. She was one of the major players in my addiction. However, I didn’t really understand how integral she was in my addiction until recently.

The other day, my supervisor at work (a Ph. D. in mental health counseling) is well versed in different types of addiction and much of her experience is in the field of sex addiction. I was sitting in the HIPAA room at my internship site, looking at her gently pixilated face on my computer, discussing a client’s case when she inadvertently shined a light on a phenomenon that occurs in addicts. According to Patrick Carnes, a pioneer in the field of love and sex addiction, there are four core beliefs that entrap addicts in the addiction cycle:

Self-Image – I am basically a bad, unworthy person.

Relationships - No one would love me as I am.

Needs - My needs are never going to be met if I have to depend on others.

Sexuality - Sex is my most important need.

My supervisor was paraphrasing the four needs as they related to my client and as she spoke, I felt an experience of being known, of being seen. It was as if she shined a light on my deepest held unconscious programming that is still very much present but has lost its impact over years of work, tears, letting go and learning from lapse and relapse. The feeling of being known and seen by my supervisor wrenched my heart open. She didn't intend for this to happen, we weren't even talking about me.

An understanding of my reckless behavior dawned on me and I felt a tidal wave of compassion that culminated in tears rolling down my cheeks. These moments of healing are unpredictable, a sweet byproduct of forging a healing path with others in recovery. Moments like these affirm and confirm we are not separate; that we are all doing our best to be good humans in a world where terror and beauty coexist in surprisingly intimate ways.

I saw my younger self, trapped in a vicious circle of self-hatred and self-loathing, truly knowing, deep down no one would love me if they really knew who I was. In my own words, “If people knew what a piece of shit I am, they would not love me,” the logic followed; therefore, I must meet my own needs and soothe the pain of isolation and self-hatred with alcohol.” No, my addiction was not sex, but just the same, drinking alleviated the pain of being separate from love. I numbed my experience of being unlovable, so I wouldn’t have to feel unlovable. Thus, love became irrelevant. I was unlovable and because of this belief, I was cut off from the very source of healing. Addiction starts and ends with self-love.

I am still learning to love myself. I get the feeling that the malicious silver-tongued bitch still lurks, patient, but quiet. She has taken a back seat to acceptance and kindness. I don’t want to escape my current experience of being alive as often as I used to; though I’d be lying if I said I was completely healed from the affliction of years of self-hatred. I’ve replaced drinking with chocolate, still the stronger the better, 70 and 80 percent cocoa numbs the dull ache that still lives within; the angst has turned into a small flutter of a flame fanned gently by the heat of the breath of my inner tormentor who no longer gets to have the loudest voice in my head. I don't feel the need to snuff it out. I am not afraid of her anymore.

More stories from Linden Griffith and writers in Psyche and other communities.