by jake c 3 months ago in art
Report Story

and empty arguments on form's limits 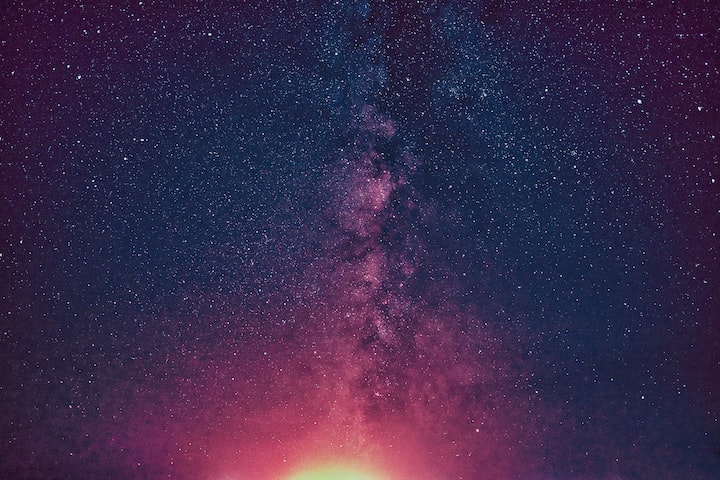 Photo by Aperture Vintage on Unsplash

Thoughts and questions between dreams and nightmares of both random, intentional, serendipitous, unruly absurd, conscious and subconscious nature

True/real dreams (and nightmares) are like signals we receive and interpret according to the way they appear and how/to what extent we can recall their specifics. Sometimes the most powerful of these are not even reliant on relative space-time to reach our (sub)conscious ability to receive and understand the experience/encounters and meaning created within the dreamspace.

The most inexplicable / strangest / nonsensical / loaded of which (dreams) still feel like signals, however their source can appear to be both collective and originating from outside of the self. The source would appear to be a combination of : humans and living beings around us (including non-homo sapiens, plant life, fungi, and even microbes etc.), our material/natural environments, consumption (in both its acquisitions and effects), and the experiences and memories (both collective and individual) we have over any given amount of time. Regardless of each specific part, the result effect(s) would appear to be actively changing/intruding/altering/manipulating our subconscious minds for either:

Each parts own benefit or gain

Manipulation for its own sake

Us as individuals alter/create these dream states for personal and even holistic reasons ( i.e the self attempting to create/destroy its own ego boundaries and our respective perceptions of our mental-physical realities ‘//?//’ )

Conscious accessing/altering of subconscious thought for the manipulative purposes

To what degrees are these behaviors purposefully malevolent and done with ulterior motives?

Can such access successfully have sustained conscious effects and control of our own ability to process and recall them?

Is conscious processing necessary to achieve these subconscious effects, making it (to some degree) a form of varying mutual exchanges?

To what extent is this our own subconscious(es) misperceiving and trying to change/alter the conscious states of being that are affected and vice versa?

To what extent do intrusive thoughts/dreams share the same types of alteration and influence?

How can these manifest in waking states of consciousness?

Is conscious and unconscious manifestation actively manipulated by intrusion?

Can we break either of the patterns/cycles of intrusion and manipulation?

The expression of condensity and an open-handed explosion within our stream of consciousness. Flowing as we (sub/unconsciously) try to reach the limits of what we know as the borders of our own non-existent(ial) present/meaning, thru random and unbounded movement (towards and away from our limits and beyond those our unconscious creates);

or, the ocean as metaphoric unknown.

(i.e) Unconscious meaning created within its own limits to consciously attempt to exceed and change these limits, if for no other reason than constantly necessary change and movement.

and, the unconscious’ reluctant manipulation of conscious reality to hopelessly produce some attempt at (creating) meaning and form thru a lens of relative meaninglessness,

Exercises in self reliance and meaning(lessness)

Misunderstandings in rationalization and form(lessness)

Understanding seems to happen every day

Form exists regardless of the time or space that it belongs to, it is “being” whether or not it is being subject to and scrutinized under its own temporal-spatial limitations.

The work(i.e book, painting, building, song, etc.) does not change even due to physical ( and sometimes even metaphysical) constraints. Although these physical changes can alter the material characteristics of the work, changing form, The Form is still there and the work’s “true”/original form doesn’t change because it is always (representative of) itself.

Even though form is (usually) strictly limited to physical dimensions, the form itself still remains regardless of those resulting material changes. The form can only be destroyed or negated by nothingness, which itself can take form as a juxtaposition of somethingness/substance/material reality. And just that juxtaposition to something being is enough to give it form despite having no real, material quality of its own.

Or maybe form is entirely limited to the work’s existence.

IDK this is just simply brainspit

Form is just the expression/quality of the work takes, possibly disconnecting it from direct/causal physical alteration

I.e form may be set once the work is created, not relatable to the ensuing changes, changes that make it a different work entirely (see: that greek fable about that boat that is constantly getting new parts, the ship of theseus)

More stories from jake c and writers in Psyche and other communities.