A bare point of view about getting real and healing 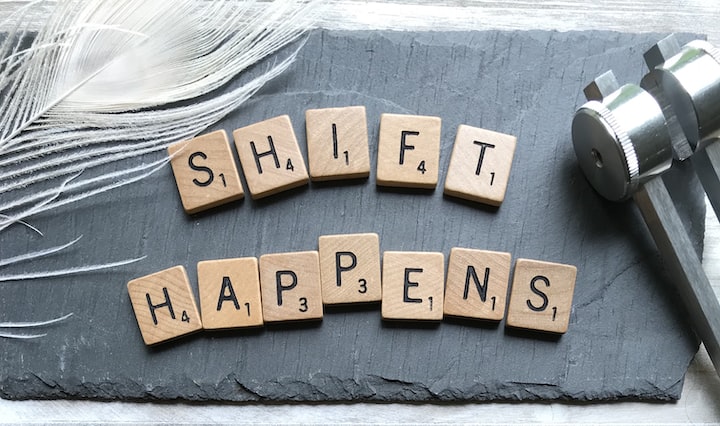 Photo by SOULSANA on Unsplash

What makes the real me ? At this point, it is a daily question, really.

People say your twenties are made to discover yourself, unveil the "real" you. But if something has to be revealed, doesn't it mean that it is already there, somehow, somewhere ?

Even unconsciously, I think I was expecting my twenties to be like a big kitchen, with all those ingredients I had gathered for myself over the years in order to cook the beautiful recipes of success, beauty, happiness, freedom, well, all those goals and plans my younger self had laboriously created and kept through many years, as in a big, golden and shining book of recipes destined to the older "me". Safe to say that I was not ready for what would be my reality.

I had followed the steps. I went brilliantly through middle and high school, went to university, got my Bachelor and started to work a few months later in my field. But that's about then that it all started to crumble. I was burnt out. Only after a few months, I didn't like that field nor that job anymore, the same job for which I was determined to climb the corporate ladder from the bottom to the top in, let's say, what, ten years tops ? Yeah, I could make it, at least that's what I thought. I was burnt out like I had never recalled being, ever, after working for barely five months. I had studied Architecture, so we could say I was used to being under a lot of pressure, with a lot of not-so-fun things to do, but I was also used to always keep going forward, because it was for my future, for me to be the ME I had always wanted. I had to gather the few last ingredients so that I could finally start baking my dreams in my kitchen.

I couldn't understand the person that was unveiling in front of me, because those behaviors and reactions certainly did not pertain to the original plan. But 2020 was an unusual year, right ? I mean, the world was going crazy, we were in a pandemic, I had not seen my family in a while, I had a young and serious relationship for the first time ever, I had had a lot of unexpected free time and then I had none because I was working, all so fast... Yes, that should be it. The chaos from outside was the reason why it had been difficult starting to live my dreams. I was not the problem. Right ?

Now that I'm writing about it, I can say that since then, I had already felt that the problem was deeper than what I was ever ready to acknowledge. The thing is, you will be blind to what you're not ready to see, as long as you refuse to see it. So I closed my eyes and put all of my expectations on the next year.

December 2021. I could go on and on about how in 18 months I had worked and lost two well-paying jobs, burnt out at least twice, self-sabotaged a great relationship, and how deep-rooted depression, anxiety and unsuspected neurodivergency were taking their tolls on my physical and mental health and my overall well-being. But that's not why I'm writing.

I'm writing because I think I may have finally realized that the dreamy, perfectly equipped kitchen I had in mind, with all it's ingredients already gathered to ensure my by-the-book's "happily and successful ever after" was unconsciously my "easy" escape from facing the challenges an uncertainty coming with the tools I really had in me. Looking back, "easy" is not the appropriate word to describe the path I had chosen to follow: I mean, architecture ? Ha! Joke's on me. But isn't it crazy to see the amount of trouble and hard work I was ready to get myself into, even unconsciously, in order to avoid who I truly am ? Was I so bad, so impressive or so scary, or was it really that difficult to be me?

As I was reading about this challenge, I felt called out by the following part: "redefining “real” (...) by proving that you don’t need harmful mining practices to create something authentic"

It was me. Even if it did not seem harmful until about two years ago, denying my true self, fighting to create a reality that I had invented but that was really nothing like me was harmful mining practices towards myself. Not getting to know myself as I am, in aid of how I would like to be was true self-harm, that I was practicing for years trying to create great results, in vain.

It broke me, at the core, and it's still hurting. Realizing I had been neglecting and denying my authentic self, accepting it, learning about and from it, healing through it, growing through and out of it, sharing it, all of those steps are only a few of the numerous and huge daily challenges coming with "redefining “real”", first to myself and then to others, challenges I have to face now, with the little energy I have left after mistreating myself for so long. But even then, I have decided that I want to be real.

Being "Remarquably Real" could sound like a trend but it is not. It has been the hardest, greatest, most challenging but best thing I ever tried. I am certainly discovering great things about my true personnality, my values and my character, but I also have to deal with the less admirable parts. I am brave, resilient, strong, smart, caring, talented, skilled, but I also am vulnerable, sensitive, wounded and scared of being hurt. Being real is being human, and that comes with the fear of having to deal with other humans, especially when you remember that not so long ago you, out of all people, were the greatest enemy of your true self.

But true authenticity shows and feels different. Not being used to it makes it sound like a wrong note at first, and it did for myself, but it ends up being the most beautiful, truthful gift one can make to the world. I learned and am still learning that I am unique, and I have to approach who I am in that way. Being real is a challenge. It requires a lot of patience, dedication, and courage. But so does any change made for the better and out of anyone, one's real self is the only one able to get through with it. Would you dare to give it a try ?

More stories from Ada O. Rose and writers in Psyche and other communities.