with severe anxiety (and a wild imagination!) 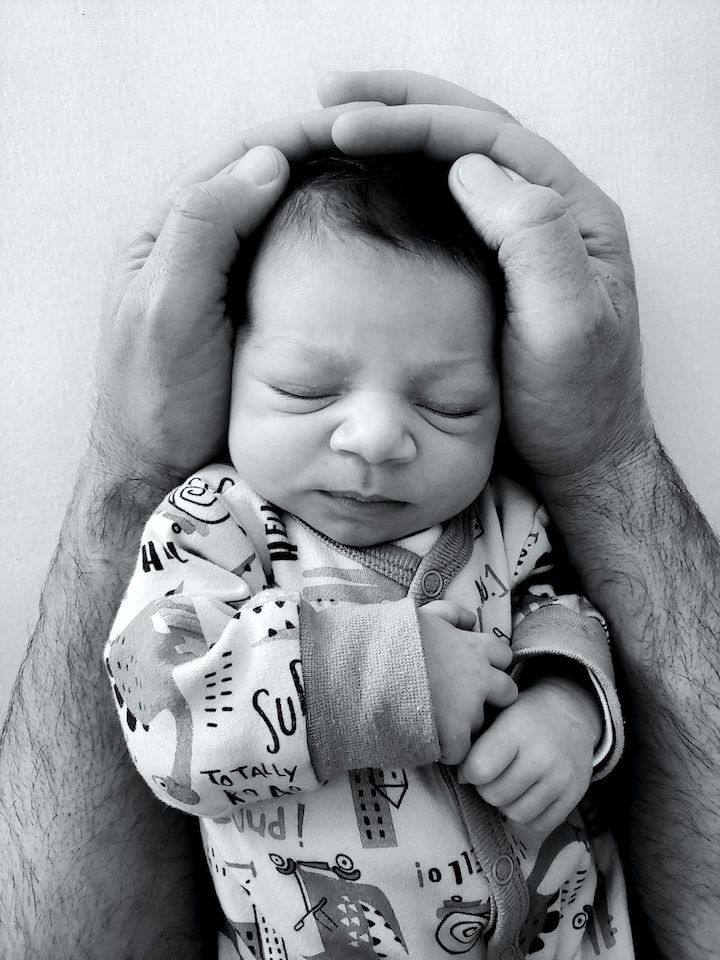 I have schizophrenia and severe anxiety. It might sound weird, but one of my most common auditory and visual hallucinations are spiders – massive 2-5 foot across, neon green, red-eyed, furry spiders. And I have been thankful for one of them. He is slightly different than the other ones in that he has bright, light blue eyes. This guy “hatched” just before I found out that I was pregnant, was close to me throughout my entire pregnancy (and grew with my tummy), laid on my tummy during active labor, and he adopted my son as his own. He was there through the entire pregnancy and I knew that he wouldn’t let me hurt my son.

I mean, I know they aren’t real… but a spider big enough to eat you like a fly does make you think twice about crossing them. And just because no one can see them except you, because your head is kinda controlling them, that also means that it can kinda hurt when they attack… sort of like when you fall down in a dream actually can make you ache.

Everyone – doctors, nurses, social workers, family, friends - were sure to warn me about the dangers of post-partum anxiety (and depression). There was plenty of concern about how my mental health would be affected by my pregnancy – especially when I had to give up the medication for the safety of the baby. Anxiety, to me, was the main concern since I am already an anxious mess. The long list of what not to do with my newborn did nothing to relieve my anxiety. In fact, it made it much worse.

Don’t wash him too often because it will hurt his skin, but make sure that he is clean.

Don’t put blankets on him or around him because of suffocation, but make sure you swaddle him and keep him warm. But not too warm!

Always put the babe to sleep on his back, but make sure that he can turn his head if he starts vomiting otherwise your baby is dead.

So many things that lead to dead baby… however was I supposed to keep him alive?!

Then, because my babe is supposed to sleep only on his back, I would have to watch out for a flat head. To prevent that, one is required to put him on tummy time which will invoke screaming and crying – yet I shouldn’t let him cry too much because the more he cries, the less he will learn to trust me. We all know that without trust, our children don’t grow up very well adjusted!

Now I’m going to ruin any hope of my kid’s future life by making him do the 10 minutes of tummy time per day that the doctor recommended!

On to feeding… you need to nurse the baby every 2 hours no matter if he thinks he is hungry or not. But make sure that you don’t fall asleep with him in your arms because you could roll over onto him and suffocate him or accidentally drop him.

Don’t forget, you need to make sure that you are taking care of yourself with getting plenty of sleep, eating healthy food, as well as you still need to get out of the house and take time for you. Not to mention making sure that your partner is also healthy and doing well because men can experience major changes after a birth of a child!

Speaking of the man… make sure that you are taking time to communicate properly so that your marriage won’t collapse with the added stress of taking care of the baby. Put your relationship first, but not before your new child because babies die easier than your partner will.

Actually, I don’t know the reasoning for that, but it sounds about right with all of the other dos and don’ts in a new mother’s life!

Maybe it is just me that had a hard time with all of the information thrown at me, but I’m going to guess that many of us have a hard time - even if it isn’t talked about much outside of your small circle of trusted friends and professionals who would never tell a soul how much you were struggling to be happy with the new baby that could die in oh so many ways! Struggling with the thought that your precious new baby, that you longed for and wished for and grew inside of you, is now outside in the dangerous world of all kinds of things that could end any hope you have to watch him grow.

Between the intense educational classes that triggered my lovely anxiety and the voices in my head being less friendly than usual because I was stressed out about keeping the child I loved so dearly alive (and a decided lack of sleep), I became terrified of everything.

Now, I do understand why they tell parents all of the things not to do, but it seems there should be a better way of educating those who already have mental health concerns so that they aren’t afraid to even undress and redress their child because their head might, who knows, pop off as you are taking the onesie off of the baby? You might laugh, but that was a legitimate concern of mine for several months with my first child. Did I leave him in dirty clothes? No. But every time I had a choice of what to put him in, I chose something that didn’t go over his head – just in case.

I was terrified of holding him wrong when nursing, I was terrified of changing his diaper. What if his neck broke when I lifted his butt half an inch off the mat to slide a fresh diaper under? I know that these are fairly ridiculous thoughts in the grand scheme of things, but these were the thoughts that bombarded their way through my head.

Another big concern that I had was whether or not my hallucinations would be alright with my child. Horror stories of unmedicated schizophrenic mothers abound with the common theme of how bad of parents they were. I knew that I couldn’t get rid of my hallucinations because I had tried many times to banish them before I become a mother. So, if they didn’t like my son, I knew I’d have to offer him up for adoption. Thankfully, that didn’t happen because I don’t think I could have done it.

I am glad that I had a great support system who reassured me that I wouldn’t break my sweet little one. I was also very grateful for an awesome psychiatrist who spent time looking up alternative ways for me to deal with the intense anxiety, and the mild depression that came from not being able to enjoy my babe as much as I had hoped to with all of the don’ts running through my head.

Mental health professionals do their best to avoid recommended prescription pills to pregnant and nursing mothers as there are many side effects that can change the baby’s life. It is even more important for me to avoid them as much as possible as I am very sensitive and usually experience the nasty side effects.

This is the main reason that I write articles like this… schizophrenia is a terrifying disease that many people will tell you is the end of your life. I wanted to be a mother, to be a special needs teacher, to be an author, and to be good at those goals. When I got diagnosed halfway through college when I went off of the deep end, the psychiatrist who saw me informed me that I could never do any of the things that I had planned on doing.

I am here to tell you that that mindset is wrong. You can be schizophrenic and whatever else you want to be! You can be depressed and many other things. They are just titles that don’t have to be negative. I mean, how unique is it to be able to see and hear things that no one else can? Just like I had to do, you just have to figure out how to manage your illness. My spiders and some of my “invisible people friends” (who have been with me since childhood) are friendly, but when I get stressed out, they disappear and the nasty, scary hallucinations come out. I have to know what I need to do to keep my hallucinations happy and silly instead of terrifying in order to succeed at anything. It is a balancing act, to be sure! But, the results – attaining my dreams and achieving my goals - are worth it!

If you enjoyed reading this, consider leaving a heart, sending me a tip to fund babysitters so that I can continue to write, or by sharing this with someone who might need to be reassured that babies aren’t THAT breakable or who just need a laugh or a glimmer of hope as they navigate motherhood and/or mental illness.

Thank you and have a great day!