Pregnant by a Monster

by Jackson Beck Daugherty 3 days ago in trauma 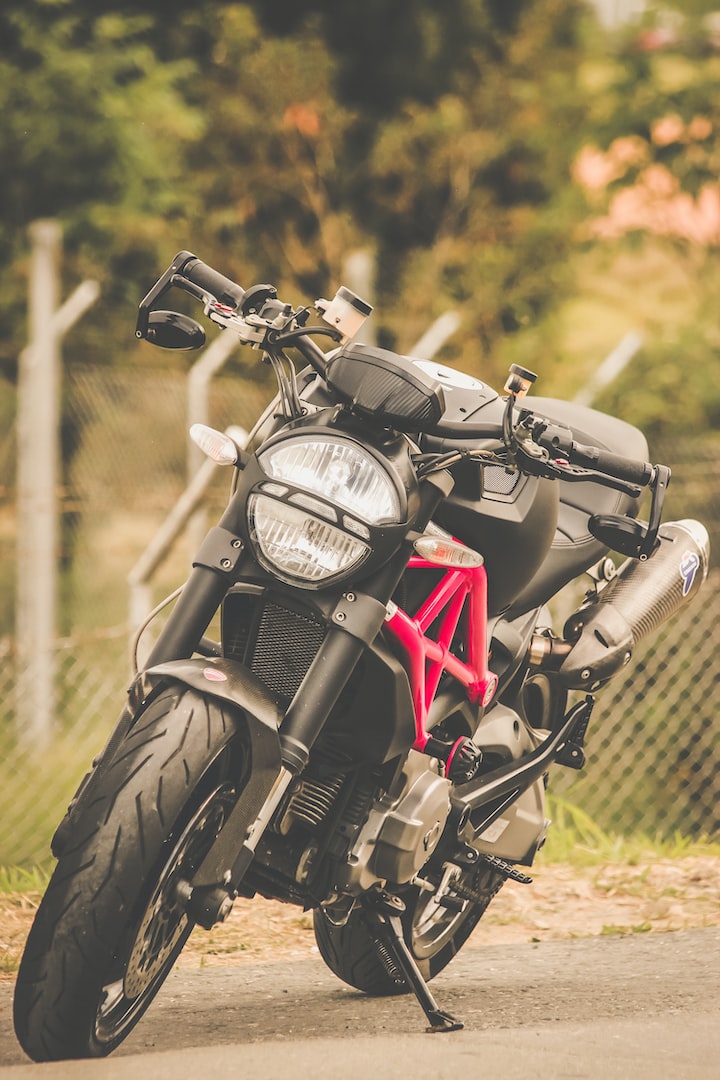 Photo by Andrés Dallimonti on Unsplash

I lay quietly in my bed. I didn't rustle the sheets, or move a muscle. I didn't even dare to blink, for fear he would hear me. I prayed uselessly that he would just walk by my room, and leave me alone tonight.

His footsteps stopped outside my door. I heard the door creak as he peaked in. I still hadn't moved. My joints were locked in place with fear. I felt like my breath was stuck in my throat, as if someone I couldn't see were choking me.

I waited. With each new step, the tension in my body increased. He came and stood at the edge of my bed. I felt his fingers, as he stroked the sheets. Then he sat down beside me. I thought I would explode from the tension. I could feel the heat of his body. The roughness of his jeans, against my hips.

I rolled over hesitantly. I couldn't speak or see. I knew he could hear my heart as it raced toward hyperventilation. I wanted to run, or scream. I knew better. I wasn't allowed to speak, or scream, or move without his permission.

He then slid himself down against me, his scratchy chin rubbing along my shoulder. He yanked my legs apart, still breathing into my ear.

I didn't even blink. He rolled his body quietly on top of mine, and grabbed my wrist as he went inside me. It still hurt, but not as bad anymore. I barely even noticed him anymore. At this point, I shut myself off. I didn't feel, or see anything except for what I wanted my mind to see. At the point he went in, my brain took over and shut down my senses. I was safe inside my head. When he was done with me he said, "I love you. Get some sleep, okay?"

I didn't answer. I just rolled back over and tried to sleep.

I woke up early, before the sun could rise in the sky. My body ached as it always did, after being attacked by my dad. I went to grab my things, and headed to the shower. We had one shower in a house of five kids and two adults. So I forced myself up, before dawn, to shower every morning. I couldn't bare to even think about going to school smelling like him. I shudder lightly. I wished he would just leave me alone. What does he want with me anyway? It hurt so much, when he did that to me.

My shower always lasted only fifteen minutes. I was careful to not time it too close where someone would catch me. As I got out this morning, something happened.

I don't know if I twisted wrong or what, but I suddenly found myself hunched over the toilet heaving. Oh, god it hurt. Something was wrong, I just knew it. I forced myself up from the floor, and went across the hall to my bedroom. I dressed in a daze now. My brain shutting itself down. It didn't want to think about the possibilities, so it shut down. My brain was like that.

When I went down to breakfast, the smell made me gag. I grabbed a slice of toast, and went outside. The cold air felt good on my face, wiping the smell away. I couldn't help but wonder what was wrong with me. My body never acted this way before. Always the same shape, and size. Never got sick. Never missed a period.

I cringed away, as I thought on these things. I couldn't be. I wouldn't accept it. So I shut down.

My mom came out, and my five brothers behind her. I glared at them. They were so lucky to be boys. I would be lying if I didn't say I was jealous. I wished I were a boy. At least my dad would leave me alone.

"Get in the car, Allison." my mom called over her shoulder. I did as I was told, as I always did. Perhaps if I hadn't always done what I was told, I wouldn't be in this predicament.

When I got out at school, my mom tossed me my lunch. "Have a good day, Allison." She drove away, without another word.

School went by in a blur until lunch. I pulled out my sack, and the smell was revolting. I got up quickly, and walked away, leaving my lunch on the table. I continued to walk swiftly, all the way to the nearby drug store. I didn't stop until I was in the store. I pulled out my money stash, and bought a pregnancy test. I've never bought one before, so I was terrified. I then went back to the school, and walked to the bathroom on the second floor. Only seniors went to this bathroom, so I hoped by doing this I wouldn't get caught. I read the instructions twice, to be sure I did this right. When I pulled the test out, I was shocked. Two lines were already there, where I hoped they wouldn't have been. Tears streamed down my face. How could this happen? Why me?

I was lying on the floor, having a meltdown when someone came into the bathroom. I forced myself off the floor, and walked out. Leaving the test behind. I would end this, and I would never be in this position again.