Pop Culture has Shaped our Treatment of People with Autism

by Gabrielle Kelley 12 days ago in pop culture 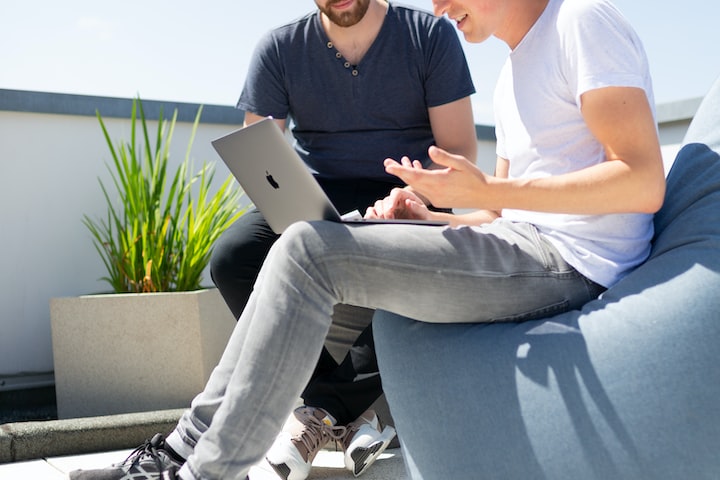 Pop culture has given us false ideas about what autism is, and it is harmful because it affects the way we deal with and understand the disorder. You can have your glorified feelings about what autism is, but you would truly feel sorry, and at times, impatient if you cared for a victim of ASD firsthand. People need to get it out of their heads that all forms of autism grant you savant syndrome like it seems to in the movies. It is not simply an understated quirk. The raw truth of the matter is that it can be a devastating disorder that causes the affected individual to have a hard time relating to the people around them, damaging their relationships. With social support, these neurodivergent types can develop tools to assess situations and respond in ways that allow them to live a positive life and keep their relationships healthy. However, being able to do that relies on your support in understanding their real disorder rather than gobbling up recycled TV tropes like Sunday dinner.

I had a roommate with ASD for about a year and it’s true what they say about autism being a spectrum disorder because I had experienced a range of cases prior to living with her, but it took me a while to pinpoint what the extent of her abilities were compared with individuals I had known before. I think many would agree that people with ASD are incapable of knowing how to begin a task much of the time, but then they are entirely proficient in something unexpected. In particular, I remember thinking she was lying about not being able to do things like pick her trash up in common areas because she would also manage to spend an afternoon making her own room spotless. This is the result of having only a slim skillset, but it sure does come off as inconsiderate and I would have to watch my patience. Everything she could do relied on someone teaching it to her, so the reason she was able to do some things rather than others was because she lacked the ability to process information and apply prior knowledge to similar situations.

If I didn’t know that her brain functioned so that she needed to be told the steps of disposing trash, it could have caused a lot of conflicts between us. On many occasions even despite the knowledge that she was living with autism, my roommate's personal relationships seemed to fail for similar misunderstandings related to her disorder. For example, she would say something horribly negative to her significant other if he wasn’t meeting her expectations rather than try to address a problem. Everyone thinks an autistic person’s brutal honesty is adorable until it’s no longer funny. I do have reference to countless enjoyable memories related to honest moments with my roommate as well, but it’s just not always that way as it’s portrayed on TV.

In contrast to all of these relationship complications and the constant social isolation my roommate must have felt on a daily basis, Hollywood perpetuates the notion that people with autism are idiot savants who don’t struggle and speak with a hilarious veracity. It doesn’t exactly help the sensitivity we have towards the issue or explain how we’re supposed to treat the disorder. Of course, it wouldn’t exactly be entertaining if our media droned on about the realities of living with a neurological developmental disability, so I do understand some of the caricatures. Besides, how else are they going to capture the average person’s attention on this matter? It’s just that people get false ideas about what having the disorder is like because of this, so it would be nice if there were some candid illustrations of what it means to have autism in addition to what is already out there. I don’t believe that the media always depicts autism negatively, but at times it can be wildly inaccurate and set unrealistic expectations for the disorder.

Arguably one of the most popular examples of ASD in the media is The Big Bang Theory and I honestly go back and forth on how I feel about it because I think it gives the general wrong impression, but then there are moments that could have really happened. If you’ve never seen the show, it tends to have a science theme involved and features an autistic character named Sheldon Cooper, his roommate, and their group of friends. When I picture the way that the show plays out, I would imagine that fans must believe that higher functioning individuals are all going to be men that are geniuses in a field relating to Science or Mathematics. I don’t expect a full range of the disorder to be captured on any show, but I have to say that Sheldon Cooper’s interests aren’t fair to the autistic community because they happen to always be something that society perceives as useful and marketable.

While it is true that many ASD individuals tend to have fixations, they aren’t always on something that causes them to be successful. Anyone that knows my ex-roommate would tell you that her “thing” is riding horses. She’s not going to be a physicist like Sheldon Cooper and that’s okay. ASD individuals shouldn’t have to be savants for us to be able to accept them. While Sheldon looks successful and intelligent, he struggles with simple tasks like learning how to drive a car. This is an attempt to demonstrate how accomplished an ASD individual can be in one part of life, while struggling in another. I appreciate the thought that went into this detail, but in real life it’s really not so cut and dry. The Big Bang Theory promotes the idea that an ASD individual’s capabilities are these dramatic shifts in which they are completely successful in their career, but they also need help with daily functions. In reality, it’s not quite as extreme. It’s important to note that someone with autism may have a much closer to average experience with life.

One of the more sensible parts of the show isn’t necessarily in the delivery of Sheldon’s character, but rather the way that people react to it on screen. People are always laughing after Sheldon says something brutally honest, and as stated before sometimes this is the case. However, in real life, like my roommate’s negative comments, it more often comes off as cold instead of funny. The Big Bang Theory has its moments where someone finally does get fed up with Sheldon because they deem something he says as lacking empathy. I will give credit where it is due because you have to be an artist to be able to meld entertainment with a message.

One newer, well-respected TV show that does this has cropped up recently, Netflix's Atypical. While the autistic main character (Sam Gardner) is not autistic in real life, I think he actually does a pretty good job of holding high esteem to the way it represents the autistic community. Of course, this is not without showing the real struggles that someone with the disorder faces. The creators of this show seem to recognize that they have a platform, and that the way people view Sam is going to shape ideas surrounding the disorder. What I really love about this show is that when Sam inevitably does face difficulties, he will react to it in an emotional way. The directors are not afraid to display him conflicted by a deep love or sadness, which is so helpful because there seems to be a stereotype that people with autism have no empathy. In reality, it only comes off this way because they sometimes struggle to distinguish emotions properly, or even to emote it themselves.

As awareness of the autistic community increases, better portrayals of autism are occurring maybe because directors are acknowledging that people are going to more harshly scrutinize their characters with mental disabilities. You can’t just sloppily throw together an autistic character anymore. There’s going to be tropes in any show about autism, but it’s up to the individual to discern between what is an accurate depiction. Personally, I prefer to be entertained by humor that encompasses an autistic person, rather than humor provided by an autistic person’s “quirks”. One thing I have noticed is the lack of actual autistic people in the writing rooms of these shows. In the future, I think their perspectives would be highly useful to include.

These sales positions are unfulfilling- I have my heart set on more. I don't need to solve the world's problems, but I feel accomplished if I can help an individual by connecting with them.

Read next: Welcome to My Mind