Please Remember to Breathe: my first experience with anxiety disorder

by Liv Atterson 16 days ago in anxiety

you are going to be okay, but it’s okay if you can’t see that right now. 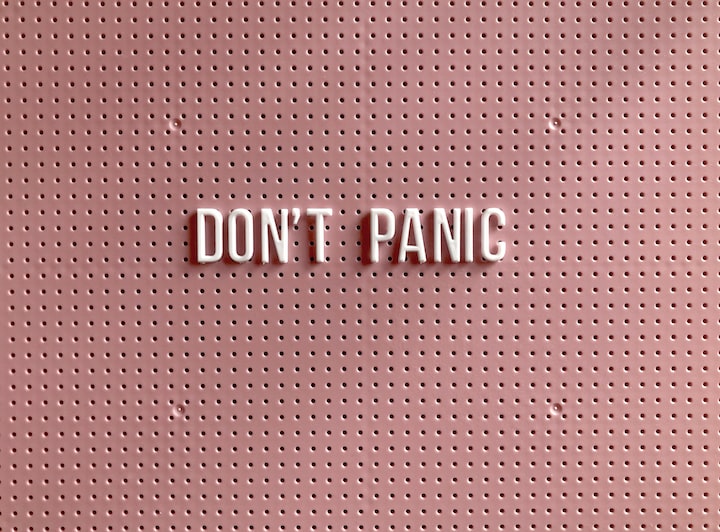 I have been dealing with anxiety for about five years now and to say that it has impacted my life would be an understatement of the century. It first hit me when I was a junior high school, during the first week back to school. I have yet to figure out what triggered the panic attack. I was in the hallway during fourth period, right outside the door, I was having trouble breathing and crying when the principal found me. Originally, I had left class to go use the restroom and that is when the panic attack hit me.

As I said, the principal found me in the hallway and I could not even speak. He asked me what was wrong and all I could do was gasp and cry. He walked with me down to the nurses office which already had a student in one of the two beds available. She was potentially going to have a seizure, so I went to sit in the Dean of Girl's office while they called the ambulance and the principal stayed with her.

I stayed in the Dean of Girl's office until the ambulance came. Once my anxiety calmed down and my panic attack subsided I asked the principal if it was okay if I went back to class. He looked at me as if I had just asked the most ridicules question he had ever heard. He then proceeded to inform me that this late in the day if a student (in this case, me) has a panic attack they prefer to just send them home. So he took me into his office and I sat in a chair across from his desk while he looked up my dad's phone number. I was never in trouble while I was in school, I was that quiet girl that always had her nose in a book and was too nice for her own good. My dad was not worried that I was in trouble as far as I could tell from my end of the phone, more or less concerned about my health as I had dealt with medical issues my freshman year and was afraid that it had returned. The principal-- who we called Dr. B due to the fact that he last name was very long and no one really wanted to wrestle with it-- explained that to my dad that I had had a panic attack and that it would be best if I was to go home.

Dr. B walked with me back to my class and informed my teacher that I was going home while I gathered my textbooks and binder. We both left the classroom and headed to my locker where I put my homework in my bag and headed back to the office.

I waited in the office while my dad's girlfriend at the time arrived to sign me out and take me home. I can't remember if we talked on the way home but I do remember that my dad was waiting in the garage when we pulled into the driveway. He walked up to me as I was taking my backpack out of the backseat and asked me what happened. One thing that should be noted is that my dad has never been great with understanding mental illness. He never personally dealt with it when he was younger and was raised with the mindset that if it is not physically broken and a doctor can't bandage it up then it is not a serious problem. He is the type of guy that he thinks the only true kind of work is physical labor in a sense. Since I classify myself as a writer and I was an independent contractor that I didn't have "real" jobs. It was not until recently when I started my new job at Yankee Candle that he began seeing me as "actually working". It is not his fault, he was just raised differently.

Since I could not accurately explain what happened as I was still trying to understand it myself, I decided to go inside and take a nap.

I have struggled with anxiety since that day. Being in crowded rooms with a bunch of strangers and possibly only a handful of people that I actually know is a sure way to send me into a panic attack, especially if there is a lot of noise and overstimulation. Putting me in small spaces because I am claustrophobic, so are elevator are a huge "no" for me.

I am learning to live with my anxiety and not let it rule my life but it is a slow process for me. There are still things that I cannot do like everyone else but I am working on those one at a time.

If you like this article please consider supporting me by donating to my ko-fi or viewing my profile on here. You can also find my website here!

Thank you so much for reading!

Liv Atterson is currently finishing a General Studies Degree and plans to continue to get her Bachelor's in English and Art History. She is an avid believer that you can never own too many books just too few shelves. When she is not reading or writing she can be found studying and drinking her body weight in coffee. She is currently working on her debut book.

See all posts by Liv Atterson →