There's no time limit when it comes to healing! 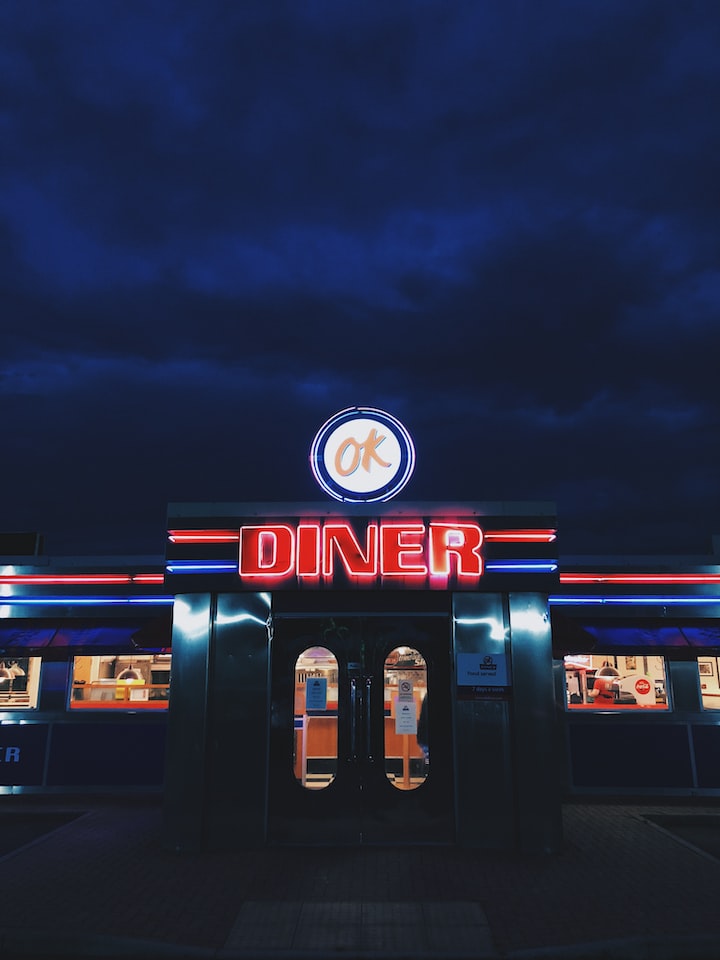 Photo by Ash on Unsplash

There are layers of myself that sometimes I do not even recognize.

At the surface and where the top layer resides, are my deep routed fears and anxieties. The flaws, as I would call them, that are naked and vulnerable for the world to see and underneath? Under all that fear and anxiety lays another feeling all together that I fail to recognize daily. That feeling is called anger. That kind of anger that turns everything into a blind rage. The kind of anger that causes one to turn to the world and ask why? Why are there so many unjust and cruel things happening in the world? What was the point on living in a world where only the cruel could find their way to the top? I mean this figuratively and quite literally; I say this because as of twelve months from today my world had stopped turning on its axis. Twelve months may appear to be long for some and those who could never possibly understand, would even argue that’s it’s too long of time to dwell on anything. Let me just re-emphasis that one important fact, they could never possibly understand.

‘Sarah! Please tell me what is taking so long!’

And there it is. Those frequent moments where the layers are so contorted that I can barely recognize which feeling I am experiencing. Its all happening at once. I’m terrified of reliving an event that I no longer want to associate myself with. I feel the anxiety rush through my blood as I’m left to deal with the aftermath of that one, disgusting event. And then, there’s that anger. Anger at the people around me who pretend to care and empathize with the trauma I had endured and yet, wish for me to hurry up and heal. To go back to the person that I was before, only I never will. They hover over me; whisper encouraging words and tell me that everything will be okay. That I’m a fighter. A survivor. They couldn’t be further from the truth. The old Sarah died that night and the girl who replaced her wasn’t fighting, she was simply just floating. Floating whichever way the wind blew. These layers that interweaved each other left my body frozen, completely stuck, and unable to form a single response. Do I reply with anger? Fear? Or do I simply remain silent until the anxiety runs its cause. If it ever does.

Amanda Bridgeton, the towns most successful lawyer and my old friend, was the current broad whose shrill voice was ringing in my ear. There was a time where we were inseparable, where our contrasting nature brought the best out of each other. Two years ago, I would have described her as driven and passionate, would have marveled at her hunger for a challenge and her strong, opinionated voice. Oh, how I had envied her back then. Although she had been a tad over-bearing at times, I would often wish to be as extroverted as her. I was the opposite in everything she was. I preferred my own company, Now, however? The anger that simmered just beneath the surface tuned my feelings to hate. I hated her opinionated voice that thought it was okay to tell me when and how to heal. I hated that her desire for a challenge made her think that she could repair me, that the broken pieces that he left behind were her parts of the puzzle she could put back together. I hated how she could just be her, without feeling the need to modify her dress code or watch how she interacted with men. Most of all, I hated myself for hating her when everything she had done, was for me.

We were back at the start, the place where my life began to turn downhill. Pete’s Diner. The name of the restaurant stared back at me, the fluorescent letters flashing from across the distance. I tried to swallow the bile that slowly made its way up my throat, praying that another move wouldn’t cause a full-on panic attack. I didn’t know if I could do this. Why was I even doing this? Maybe I should just turn around and leave. I should just leave. Driving away right now would stop my heart from pounding in my chest and my hands to stop shaking. Driving away right now would stop the sweat from dripping down the side of my face like Niagara Falls. Driving away would…

Amanda tries to comfort me. She puts a hand on my arm and despite her attempts to console me, it was the wrong move. Now, all I see are his hands. The large, unmanicured hands covered in grime that were too strong for me to escape. The hands that held my wrists in a vice-like-grip as he raped me on the floor in the kitchen. Amanda’s breath on the side of my face as she leans in closer, concerned, reminds me of his. It reminds me of the grunts that protruded out of his chest as he ripped inside me, reminds me of the words he whispered in my ear as he had his way with me for hours.

I couldn’t breathe. I can’t breathe. The words ringing in my ears and reminding me of the worst moment of my life. When my boss, the man I thought I looked up to, took away my innocence. I couldn’t do this. I can’t. Between short gasp for air, these were the words I could manage to speak.

‘No! Please! Just turn the car on and drive away! Now!’

The outburst left Amanda speechless as she slowly turned the car on and prepared to follow my request, she puts the car in gear and reverses out of the parking lot. The silence that follows is deathly as my old friend experiences a mixture of emotions herself, from agitation to pity and then back. I could tell. She was tapping her long, painted nails on the steering wheel as she had done for most of her life, any time that Amanda was feeling frustrated- the tapping would start. Whether that was on a table, her thigh, a coffee mug or even now. On a steering wheel. The sound wasn’t helping at all.

She hits the steering wheel and I jump, startled. ‘I don’t know what to do! I don’t know how I can help you,’

I swallow harshly, ‘You can’t.’

‘Don’t tell me I can’t, okay. There must be something that I can do because… because I just can’t stand this. I can’t stand seeing you like this. Okay, I don’t want to be insensitive, and I don’t want to push you, but I want to be able to hold your hand or give you a hug when you need it, I want us to go shopping and not see you flinch whenever someone gets too close. I want us to do what we used to. I – ‘

‘Okay, I get that. I understand, Amanda, but it’s not that simple for me anymore- ‘

‘When will it be then, Sarah?’

How was I supposed to know the answer to that question? This wasn’t something that I could just get over, his hands and the rest of him weren’t something I could just forget. He left a scar. He left a burning hole inside my chest and even in my mind, a hole that I don’t think I could ever repair.

‘I thought that taking you there, making you confront your trauma would-‘

‘Would what, Amanda? Magically make me all better. Will fix me? I’m sorry to say this but you got your degree in law and not psychology. I won’t be fixed in one day. It doesn’t work like that and if you honestly think that things are going to go back to the way they were, then you're an idiot, Its never. Going. To. Be. The same.’

The layers were too much now and all the emotions that were bubbling inside of me, came bursting out as I released a heart-felt sob. It wasn’t a pretty sound. Not like the unrealistic crying you see in movies or television series, it was more the snot drooping, red faced, hiccup kind of cry. And once I started, I just couldn’t stop. I cried into my hand until, what felt like, the tears pooled over my palm. Amanda trembled beside me as once again, she decided to pull over and stop the car. Now, we were on the side of a highway.

Hesitantly and with my bottom lip struggling to keep still, I look towards her. My best friend. Even on the days I hated her. ‘What?’

‘I am. You don’t talk to your parents or any of our other friends. I am the only person that you’re leaning on and do you know how absolutely terrifying that is, for me? To think that one wrong move on my part, will send you spiraling even more than you are. I am terrified that one day I will wake up and get a call from your mum. Terrified that she’ll tell me that all this shit that you’ve been bottling up has finally been too much. Terrified that one day I’ll wake up and find out that you’ve killed yourself. I don’t want that for you. I don’t want you to be in pain and I sure as hell don’t want you to keep holding things in’.

‘I can’t talk about this… him, Amanda’

‘Yes, you can, and you have to. Please. If you don’t talk about it with someone, its just going to eat you up from the inside.’

Nausea hits as I register the truth to her words. She was right, as she often is, and I needed to tell someone about what he did to me. The police officer doesn’t count. But the simple thought of opening myself up to someone where I would be completely vulnerable, was terrifying. What would happen if I told them I had frozen? That when he attacked me, there was one moment where I could have broken free and prevented the rape from happening- but instead, I froze, and he caught me. Would the psychologist look at me with disgust? Would they think I was an idiot? Would they think I let this happen? I look to Amanda.

She sighs and truly looks at me, exhaustion taking over her body as her shoulders slump. ‘I know Sarah, but this is something you have to do. Not for me. Not for your parents or anyone else. This is something you must do for yourself. I don’t know any other way to help you.’

‘And I’ll still be here every step of the way’

Australian born and raised and on the verge of turning Twenty-Two, I write when I am at my most vulnerable. Using fiction to heal and the truth to relieve, I'm navigating my time and finding myself through the written word.

More stories from Sammy and writers in Psyche and other communities.