Paying Upfront or Until the End of Your Life

by Dean Gee 14 days ago in advice

Sometimes the Price gets higher as time passes 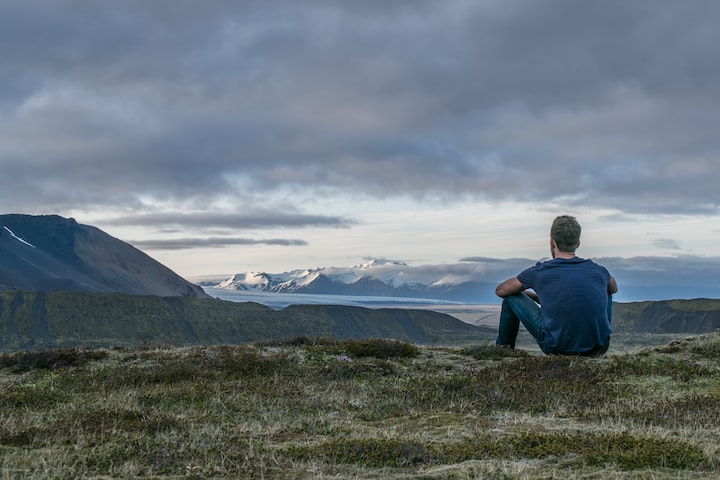 Photo by Anthony Tori on Unsplash

When we buy something we need to pay for it, that’s just economics and a commercial reality. Sometimes though we pay in other ways that are not commercial but commercially devastating. Compromising the moral economy has dire consequences and the currency is a lot more valuable than dollars and cents.

We have choices now so the question becomes, when are you going to pay for something? It’s easy enough buying something in store and paying there and then. But with the likes of ‘Paypal’ and ‘Afterpay,’ we can now pay for goods and services afterwards, after receiving the benefits.

Why do we usually pay for something? We pay because we receive a benefit or a perceived benefit. Sometimes the price we pay lasts longer than the benefit we receive.

Freedom and Pride as drivers of behaviour

People are driven to compromise their own personal economy in the pursuit of power, wealth, love. But at the core of all of these is the underlying pursuit of freedom. We don’t like to be told what to do and we seek freedom, underlying that pursuit of freedom is pride. Pride is humans not wanting to submit. We want to be captains of our own universe. Billions of us don’t and wont achieve the freedom that we desire, this leads to frustration and this frustration leads to morally compromised decisions in the pursuit of the freedom we desire.

Sometimes what we are buying cannot be paid for in money, but asks a higher price of us, it occupies mental real estate in our minds. It asks sleepless nights of us. It asks mental energy of us. It occupies most of our waking moments and it can even ask us to pay in terms of friendships and families. The price can get higher and usually does as time wears on, it’s not like we can just pay it off, the ‘interest’ charges seem to increase with time, irrespective of the prices we pay.

When we pay for something in ‘moral currency’ the price usually is much higher than an expensive item in a store. In the ‘moral economy’ the currency is different but so are the terms of payment. The price does not get lower like it does with ‘Paypal’ or ‘Afterpay’. The moral economy robs you of your finances, your lifestyle, your family and your peace of mind.

Let’s look at some scenarios of paying for something morally.

You witnessed a crime, but you are protecting someone, so you decide not to go to the police about it. Initially your protection of the person, is justified in your mind. Then as time wears on the little questions start to creep into your mind. What of the person that had the wrong done to them. They also have a family and children. What if it was you being wronged? Would you still be happy that someone who had witnessed the situation remain quiet about it?

Over time your conscience will eat away at you, and the price you may pay for protecting someone else is greater than you expect. You may need psychological help, there are bills that come with that. Your family may suffer because of the torment of your conscience. Sleepless nights become common, you may lose your job. Your family is now paying the price for your morality

Having an affair in fantasy land, within our minds may sound exciting on the face of it. But beneath the fake outer appearance, the worms and the decay is ready to set in. Decay that will destroy your life.

Your family, your children, everything you hold dear will be gone in an instant of misguided lust and passion. The price is astronomical, emotionally and economically.

I have a personal experience of this. An extended family member of mine, decided to take this path, he was a financial director and made off with $40 million from a mining company that he worked for back in the 1970’s. He left his wife and three children and took the money and was gone.

To this day nobody knows where he went to, they knew what flight he boarded, to leave the country and then the trail went cold. Discussions around family meal times would always result in this statement. ‘Well at least if you are going to do it, do it like Kenny did for millions.’

He paid the price of not knowing his children. I am sure that he lived a high standard of living wherever he went and had his identity changed. I also believe that as he got older, he started regretting the time he had lost, the people he had lost, the pain he had caused.

I am sure that thoughts of what could have been plagued him and probably still do, assuming he is alive. I can imagine his mind tormented by the ‘what if’ scenarios. He had a great paying job, he could have lived a good comfortable life, but greed and his self delusion of freedom, drove him to do what he did.

Some people only receive clarity on their death beds though, and some just don’t care or suppress their conscience.

Paying a moral price as well as a financial price, is what happens in most cases, and the moral price in terms of emotional energy, restlessness and loss of peace, regrets and guilt accrue interest and those payments grow over time. Think wisely before embarking on decisions driven by a lust for freedom and pride.

Thank you for reading and share your opinions, what do you think?

advice
Dean Gee
Read next: Never In the Cover of Night
Dean Gee

See all posts by Dean Gee →