by Alisan Keesee 3 months ago in treatments

Imagine being a teenage girl with noticeable facial hair. 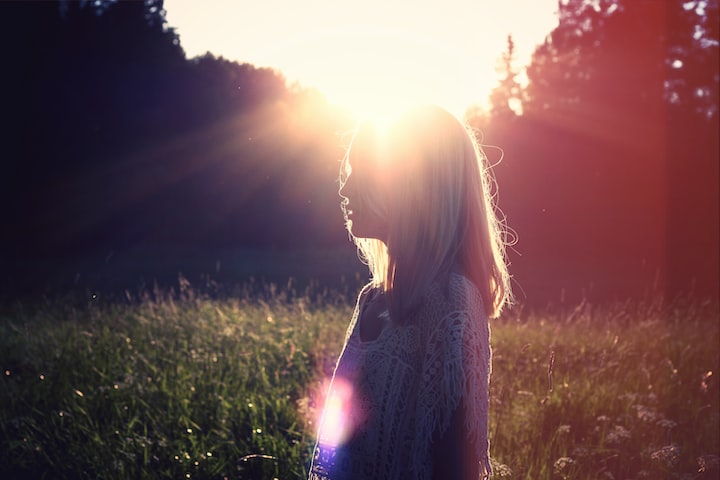 If you've ever lived with me, you've likely seen me sobbing and writhing on my bed. The pain in my back was so intense that it sometimes caused me to throw up. I can't sit still long and often the pain is only alleviated after an hour or two when I would eventually fall asleep and whatever cocktail of over-the-counter pain medications I took would kick in.

As I got older, this wasn't every period, but it happened at least 1-3 times a year. While I knew this sort of pain wasn't necessarily normal, I also knew that my period was fairly consistent and the pain was also pretty consistent. Besides, I was too scared to get it checked for a long time.

When I started my period at 11, I was in sixth grade. Around that year, I began to gain weight. This isn't wholly unexpected of an 11-year-old girl, except that I had always been fairly slim and active. I had the standard and normal chub of a child, but nothing more.

Yet, my entire family carried extra weight, so I didn't think much of it. And neither did they. Around this time, but not super noticeable until high school, hairs erupted on my chin. Some were blond (my natural hair color) but were thick and would grow inordinately long. Others were short, wispy, coarse, and black.

Imagine being a teenage girl with noticeable facial hair. I tried to ignore it, would sometimes shave it. But, my peers pointed it out every once in a while. While I was not popular or close to being considered pretty, it still hurt to know that this was yet another thing that could crush my self confidence.

As I got older, I found ways to cope with my symptoms. I took the highest dosages of Ibuprofen and Tylenol together at different intervals throughout the day to keep the pain away. I shaved my chin and chest in the shower as religiously as I would shave my armpits and legs. I eventually lost a significant amount of weight, but wasn't able to keep it all off and eventually relapsed into old eating habits. Even beyond that, my weight would fluctuate dramatically, even from week to week.

I figured this was just my genetics, which in reflection isn’t entirely inaccurate.

So, in the title I said that the diagnosis both helped and didn’t help. Let’s first dive into how it did help my mental health.

Okay, so now let’s look at how my diagnosis hurt my mental health. Before I get into it, I want to note that I am immensely glad that I was diagnosed. However, any diagnosis—even if relieving—can mean major life changes and worry.

How It Didn’t Help

Overall, I’m unsure of the future. What will this mean if I want kids one day? Is diabetes inevitable given my family history, genetic predisposition, and now increased risk due to PCOS?

I have a lot of ifs, whens, and whats to consider in the coming months. I can only hope that treatment is effective and comes with few to no major side effects.