My Path to Body Positivity

by Samantha Parrish 15 days ago in recovery

The battle in the body

I've always had a rough relationship with my body image. Most people say I am beautiful. I have compliments on my long legs, that I have a nice butt in my jeans without it being said in a vulgar context, that I have a nice figure. But that still effects me when I am all by myself and I have to look at my figure in the mirror or when I sit down and I can feel my stomach pressing against my arms. It's different when the positive affirmation from a friend's point of view can't really help me when it's my own body. It's like the generic saying goes, "You never know what someone's going through until you've walked a mile in their shoes". I've tried to explain that it's a sweet sentiment but it doesn't change how I think. In return, my answer is dismissed and I'm cut off with more "positive affirmation" that I don't know what I'm talking about, that I have to stop being negative. I would try to explain to another person that I'm not trying to be negative, I'm trying to explain why I can't accept that positive remark because I hate my own body and I can barely look at it half the time. That's the way I thought several years ago.

Here is my story I want to share to anyone with a battle with their body.

We've gotten to a comfortable status in promoting women of any size they are. It's marketing that I wish was around when I was younger when it was promoted that skinny has to be the only attribute to be beautiful and attractive.

Even when I saw certain images of women in magazines or TV shows, the idea of relating to these women didn't appeal to me. Body image never mattered to me as a child, because I was a child. All I cared about was getting a Barbie doll and watching Cartoon Network. I was more obsessed with the idea of the dress Barbie wore then why Barbie was skinny to fit into that dress.

It wasn't until the summer in 2007 when I had to pay attention to my figure in the most unhealthiest ways possible. My grandmother had a concern for my figure and that I had to lose weight, I weighed 140 pounds and never told her the truth until I had to. Then there was a monitoring of what I ate and how my outfits had to look in my figure. I was driving myself to a self-obsession to lose weight, throughout 7th grade from October to May. I had an eating disorder where I barely ate because my thought process was if I ate, I gained weight. I gave away my food during lunch. If I ate dinner, I would have a mouth full of food and go throw it in the trash. I skipped meals. I tortured myself. I used to not take showers as a teenager because it meant I had to look at my stomach before getting in the shower. I went from 140 to 120 within the span of the year. My grandmother saw the decrease of weight in my figure, but even though I looked great, my face said otherwise. She knew something was wrong and I asked me if I ate at all. I didn't say anything, it was my answer. She called my mother that something had to be done to change what I had done to myself.

It took me a year to get on a healthy eating regime again with sliced meats, vegetables, and fruits. I had skipped a meal here and there in the rocky recovery (Because old habits die hard) but I finally got on a healthy schedule of eating again.

It wasn't until after high school that there was another increase in my weight. I had a normal bout of losing and gaining but it was still within the same span of the normal number I saw on the scale. That became my radical acceptance. As long as I still fit into my current clothes, to maintain my same size of 10-12. To have a leeway in fluctuation with sizes. in the event that a few pounds happen to shed (without unhealthy routes) then I felt good in a size 10, if I happen to gain a few pounds then, wearing the size 12 in pants wouldn't have been so terrible. That was how I began to think, and gradually felt a bit of ease with my negative thoughts on my own body.

As I began the acceptance of my body, that was when body positivity in women started progressing in commercials, modeling, and artistic comics. I felt a sense of comfort finally that I was waiting for. The message that I wanted that I should have heard when I had an eating disorder, when I exercised every night as a teenager to achive what I wanted in my body. I could finally look at my body in the mirror again with this public message resonating to me.

I had a test to my path in accepting my body. In 2018, a dear friend of mine wanted to do a cosplay from Atlantis as Milo Thatch, and I offered to create and wear Kida for her to match. She was excited that it would be the plan for 2019. However, in the events of my progress with feeling comfortable with my body to show that much skin, and my stomach. I gave her a surprise and got the costume done a year early. When I first put on this costume, I was met with praise from my friends and for the first time, I could accept it. 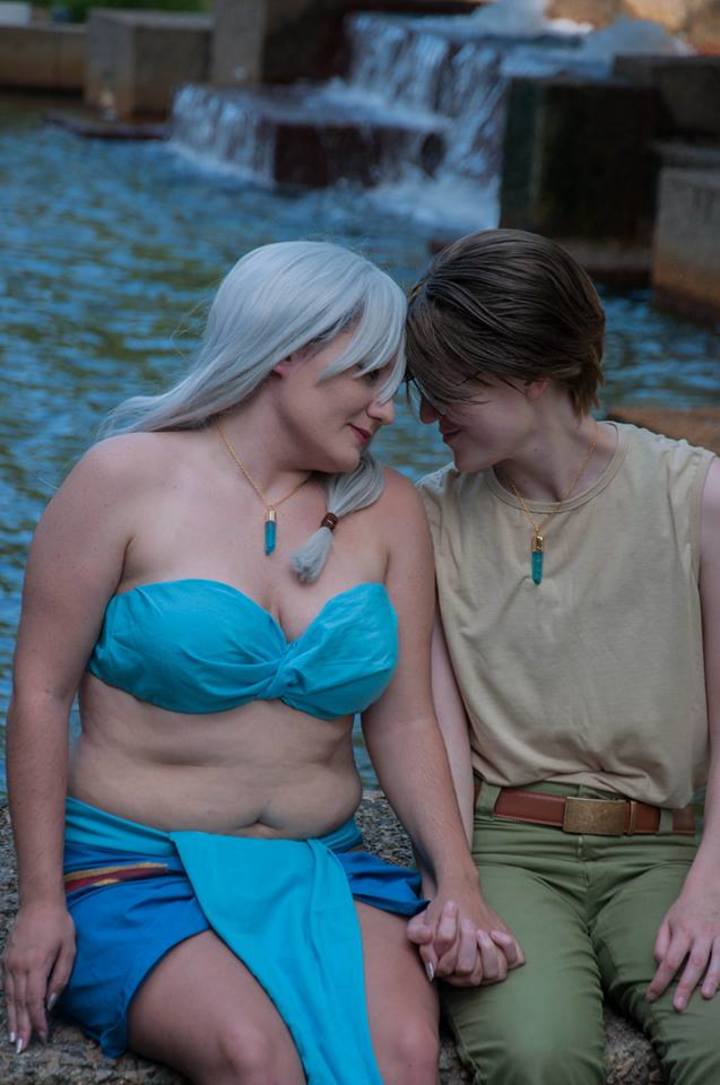 This test paid off, even though I was still a bit apprehensive of my stomach showing. I was asked for pictures during the day of the convention, told how good I looked in the costume. I felt so happy to take in these compliments without any doubts of myself. Ever since this moment that I wore that costume, it changed the way I saw myself. I started wearing two piece bathing suits to the beach and I saw that I looked great. I believed it, I could truly believe it. 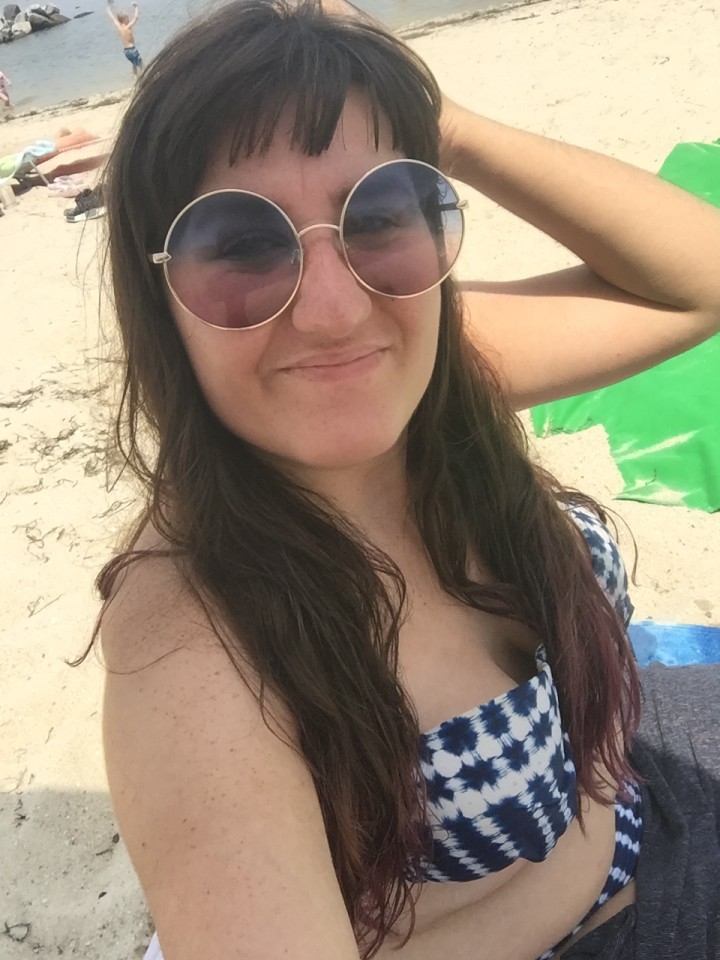 Now that I was getting some self-esteem back . I wanted to venture into finding my style that I would be comfortable with but still feel attractive . I have found that skater skirt dresses that have a high waist line below my bust line show off my beat features and help me maintain a sense of femininity with a mature look. I even started to venture into body-con dresses (a no-no fashion trend I couldn't let myself do) To get over fashion fears what that it'll look great on any body type.

I still have a long way to go in my road to body positivity. I'll still document my journey as I still have much to share. I'll take it one step at a time.

My role here is to tell stories and give trivia in areas of fandoms that were never known.

I'm here to teach you something new or expand your mind.

See all posts by Samantha Parrish →