My Multiples Won"t Leave Me Alone.

by Anthony Leclair 7 months ago in personality disorder 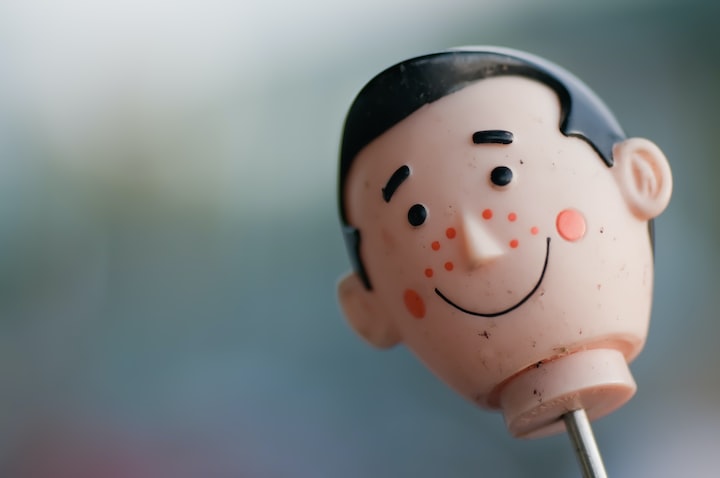 To be honest I don"t know who is writing this, or which personality is writing this, I just know that I find myself talking and answering myself a lot these days and some of the voices are not my own. This is not a cry for help it's to let others know that mental health can be a serious matter.

"Can you just stop telling me what to do!" No! you"re weak I"m in charge here!" This is, what one of the voices, tells me almost everyday. I ( I think) yell back with a scream telling him to leave me along. His name is Rob. Rob is not very nice, He is alway putting me down, telling me to hurt others and hurt myself. To fight him off I just keep yelling and keep telling Him no.

Anselmo is a frighten young boy who is very shy and always scared of everyone. Anselmo always waits for instruction from Maria. When ever Rob starts yelling, Anselmo always shys away and begins crying and alot of time, doesnt understand what is happening. "Please, Please Help" Anselmo would say, hoping that Maria is right there with her calm voice.

Maria. She would start talking to Anselmo when Anselmo would feel frighten. " Honey, you have nothing to worry about, you are stronger then Rob, dont listen to him, he is just a bully." Maria seemed like a mother protecting Anselmo from others. She would come out in a very calm soothing voice whenever there was problems between Anselmo and Rob.

As I'm writing this I can tell and feel a change coming over, " YOU STOP IT NOW! no no I want to let people know whats going on and y dont have to hide anymore!" "Be quite I don't want talk about it, just leave me alone," Anselmo would say.

It really is very difficult to figure who will walk out of my apartment, as I try to get ready in the morning. There are times when I begin to wash my dishes, then all of sudden I feel anger coming over me, I start yelling, "Shout Up, Shout Up! and walk to the next room and then its like I forget what just happened in the kitchen.

Usually As I am driving, I noticed Rob screaming at other drivers for their failure to drive correctly. Then Maria has to come out to calm Him down because he gets to the point where Anthony has to just go home so no accidents will occur. Most of the time my driving is fine as long as I take my vitamins and do my morning exercises. Sometimes loud music will drown out other voices in my mind, but that is another story.

Time Time, just keeps passing on. Living in fear all my life is not the road to be on. I, Anthony does not like to tell my first psychiatrist that he is not doing his job and all he is doing is taking my money, Im pretty sure during the sessions Rob had a few things to say. The pyschiatrist, I believe was more afraid of Rob then anyone esle ,so he would suggest that I go to another therapist. Even Anthony would act like he would listen, but the reality is he never saw anyone else. Maria does the job just fine taking care of the others.

We will keep a journal of any usual events that may occur during the next few months, but for now Anthony will continue this at another time. Lets hope that Rob will not cause any acts that may cause Anthony, Maria or Anselmo to be locked up in jail again.

I was born in 1977 in South America, I just started writing to help ease my anxiety and to let people know my thoughts and who I am. My mother who was in the navy raised all five of us by herself.

See all posts by Anthony Leclair →