TW
by Tori Wilson 25 days ago in advice

How to deal with anxiety 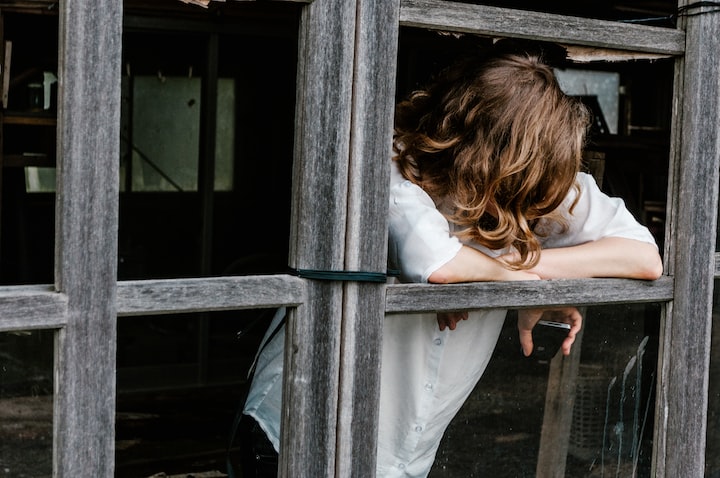 Before I get into my story, here's some things to know. Anxiety can be a mental illness, and in most cases it is. Like depression, it is caused by a chemical imbalance in the brain. Some things that most people don't know is that panic attacks, obsessive-compulsive disorder (OCD), and post-traumatic stress disorder (PTSD) are included in the mental health disorder of anxiety. Some things that can come along with anxiety are constant worry and fear, which if these emotions are bad enough, can affect a person's daily life. So, now that you know a little bit more about anxiety, here's my story.

I was about to be a freshman in high school when I first started to experience anxiety. I wasn't sure what was causing my attacks at first and didn't fully understand what was happening. At 14 years old, this was a scary and worrisome experience. A few weeks before school started, my grandfather had passed away and that's roughly around the time that I started having anxiety attacks.

My family and I had to drive all the way from Northwest Indiana all the way to the northern part of Alabama to attend my grandfather's funeral. We had to travel that far because my dad was the next of kin, so he had to handle everything for the funeral. My anxiety attacks were becoming worse and occurring more often, so my mom had scheduled me a doctor's appointment before our trip.

My doctor didn't really do much other than give me a very small dose of Xanax to take as needed with my attacks. He didn't talk with me to try to figure out if there was anything that was in the back of my mind that was causing my anxiety. He just asked me if I was experiencing the symptoms of anxiety attacks, which are shaking, having trouble breathing, heart racing, sweating, dizziness, lightheadedness, et cetera; which I had experienced all of them.

So, my prescription for the Xanax was filled and I took them with me on the way to Alabama. I had taken about a fourth of the pills during the whole trip, which lasted about a week. As a 14 year old girl, experiencing shakiness, heart beat racing, dizziness, lightheadedness, trouble breathing, crying, you name it all at once was extremely scary. I wasn't 100% sure what was happening or why it was happening.

About a month or two after I had started high school, my anxiety subsided and eventually wasn't affecting me or really a thing in my life anymore. I had gone through the rest of high school and my freshman year of college before I started experiencing it again.

My first attack after 5 years was on July 4, 2020, so very recently. I wasn't sure why I was having one and it was pretty bad. My boyfriend had to stay home from work that day since I was so worked up and not calming down. I felt horrible that he had to stay home with me and miss work, since he's the only one who was working full time due to me being in college and our roommate was going from job to job.

I had another attack about a week after that, so I decided to give my new doctor a call and make an appointment to see him. I went to see him shortly after my initial call and he actually was asking me questions like if I was living in an abusive household, if my boyfriend was abusive (mentally or physically), if anything was stressing me out, things like that. At the time, the only thing that was true was the stress. I was on the verge of losing the scholarship that pays for my tuition, due to failing a class that I had to retake.

My doctor decided to start me out with 10 mg of Lexapro that I take every morning. He wanted to see me again about 2 weeks after my first visit. At the time, my boyfriend and I were in our hometown staying at my parents' house while they were on vacation to watch after their pets. My boyfriend had to take off work to take me to the city we're currently living in because I couldn't drive long distances on my own.

After a few more visits that ended up getting extended to every 6-8 weeks, I finally was feeling a lot better and barely having any anxiety attacks on the Lexapro. At the end of September, the roommate that was going from job to job moved out and I had figured out that he was basically the leading cause of my anxiety.

This roommate would never give me my personal space, they would constantly be in my and my boyfriend's room whether he was home or not, I eventually adopted a dog that is my emotional support animal and they would purposely scare her and never leave her alone either, and they would always have their friends over or bring over someone that my boyfriend, I or our friend didn't know.

While my boyfriend and I were on a small vacation over Labor Day weekend, this roommate had a friend over and drank. The day after their friend went home, my Xbox and the 2 controllers that I had were stolen. We are still convinced that their friend(s) had stolen it, but they covered for them. On top of that their friend refused to talk to the detective that was doing my case. Which, in all honesty, is very sketchy in my opinion.

Since they have moved out, I have been doing a lot better. Which now that I reflect on the year they spent here, I know that they were the leading cause for my anxiety. As I have said, my anxiety has subsided and I only really get attacks when I'm stressed out.

Well, that's my story. My point of sharing it is to raise more awareness about anxiety and to just try to get rid of the things that might be causing it. Believe me, you'll feel a lot better once the leading cause(s) is gone.