by Jamileh Hargreaves about a year ago in advice

Embrace a quality and authentic mindset over the inauthentic toxic positive one. 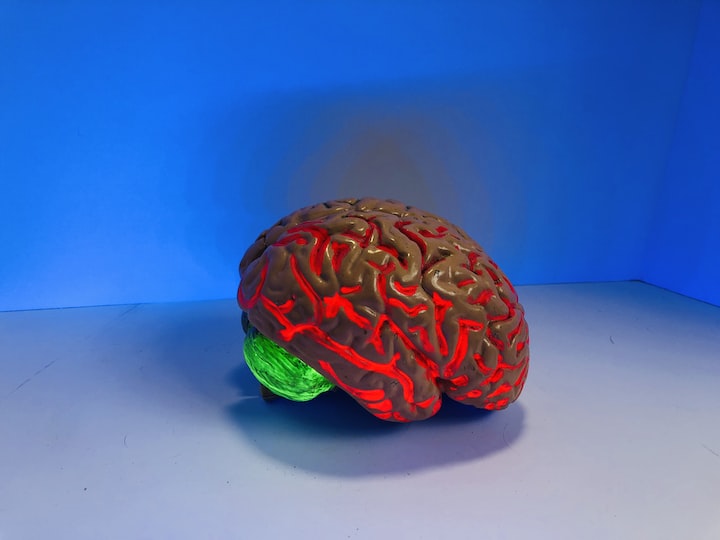 Photo by Natasha Connell on Unsplash

I recently had an experience in the comfort of my home after a deep sleep. It was the undeniable release of stress from the deeper facets of my brain and body that I had been holding onto for a long time after living in situations that had manifested chronic stress. I had made a few key changes that allowed for this deeply rooted stress to finally release itself and find peace.

When I realise the full potential of 'embracing a quality mindset,' it isn't because I just started to 'feel positive' instead of 'lukewarm.' It is because it took a fair bit of practical change and a lot of internal work on my part.

When I reflect of elements of 'conscious culture' and 'being mindful,' it isn't because I woke up one day and decided to embrace the mindset of 'positive thinking'. I have seen the realities of this culture and community for the past decade as an activist, festival producer, international traveler and someone that had an interest and passion for 'counterculture.' I embrace the quality messages of being conscious, but I also have a lot to reject about it as I can see it's 'shadow' and refuse to let it slip away. As such, the relationship I have to words that dismiss trauma or real life experiences with 'be positive,' is often met with that inner knowing that anyone that uses this is either immature or blissfully unaware of how to navigate healthy boundaries. Instead it forms as their shadow as their own behaviour can be the red flag for a pattern of a spiritual narcissist. Someone that can only see others when they are gaining supply from them to match up with their ego.

Sadly this common place in the 'spiritual communities,' as genuine people with genuine trauma get stepped on or spiritually bypassed by those that are simply put, immature and fake or worst, a narcissistic person that enjoys the company of the empathic. The patterns of adopting and spiraling inwards towards the shadows of the Jungian archetypes such as 'the martyr' and the 'healer', attempting to control others instead of just focusing on maturing healthy boundaries and self awareness. The personal story of authenticity is being replaced and navigated with emotional bypassing and gas-lighting, doing more harm than good in the long run.

In early 2019 I graduated University, had an unpaid internship, was so sick of my work in hospitality and was struck with the ongoing pain of a relationship break up from the previous December. Slowly but surely my uncertainty shifted to anxiety. I began to notice my mindset change but my environment wasn't helping. No positive attitude can help you if you are not living in a supportive environment. It didn't matter if I already understood how to meditate and how to 'relax in the garden.' My jerk of a housemate was eating my food constantly and I simply couldn't sleep through the night without hearing snoring from another room. I was also the only one doing the real physical labour of deep cleaning the bathroom which was tapping into a deep seated female trauma that really managed to piss me off.

Truth is, I wasn't being authentic to myself because I was being held back by my location. My authentic self was crying out to be heard and my mindset struggled to figure out how to listen. Instead it formed as chronic anxiety, lack of motivation and fear. It didn't matter that I already knew about cacao maca powders and chakra points. It didn't matter that I had epic amazing conscious friends in all corners of the globe living their dreams and I too living my creative bohemian lifestyle in a sloppy sharehouse in the northside of Melbourne. I couldn't make myself happy living with people that didn't respect me and I wasn't being authentic or fair to myself by not being truly frustrated and angry. No amount of positive thinking can take away trauma, fear and anxiety. You have to have enough self respect to face the shadow in you, the animal in you that is begging to be safe and human.

It was difficult to be authentic to any particular version of myself simply because I needed to upgrade my home. I was increasingly living with domestic violence and had limited ways to escape. I was living in a share house that didn't reflect my personality or reflect my integrity. This began to bleed out into my anxiety and I began missing deadlines, doctors appointments and began to feel increasingly stressed about work and living with other people.

The topic of 'positive thinking' is familiar to everyone in 2020. It is unavoidable in the culture of 'wellness'. When we truly begin to trust our authenticity, which is long and difficult journey or mistakes and uncertainty, we can see and integrate what psychoanalyst Carl Jung would describe as 'the shadow.'

The shadow is a part of our self but it is also the part of ourselves we may be less aware of due to it being hidden or difficult to confront. Stress is a huge part of my shadow as I also have personally due to cultural and personal reasons unconsciously operated from places of the martyr archetype in the past. This unconscious choice to be and embody elements of the 'martyr', in an archetypal sense, is demonstrable in my own shadow.

It is sacrificing my own health in order to 'be there' for my workplace or share-house even though I am not physically well enough to do so. This is a form of being inauthentic. It is adopting the mindset of 'I will be okay because I am strong enough to pretend I am okay,' which is not only completely inauthentic to my own personal well being, but also, endangers my coworkers with spreading of sickness or having a staff member so low in iron that they pass out (yes this has happened to me). I have been gas-lit so badly by spiritual bypassing narcissistic personalities that use 'be positive' to completely drain me of all my energy and when I have nothing left to give seek out others in the community to mirror their spiritual ego towards. There is no authenticity in this action, it is all based on control and manipulation to feel power and it rides of the coat tails of 'positive thinking' and 'love and light' culture.

This is a part of why my brain finally released the chronic stress it had been carrying around, I had finally embraced what I had been practicing. Active, authentic communication of boundaries in an environment that respected those boundaries.

I managed to move house until I found the right one. I moved again and again until I found the right personal space and people to live with. I didn't care that one had more books or the other was cheaper. You need to respect your personal space. Now, mindset. If we embark of the journey of 'positive thinking,' we neglect the deeper 'animal' within. In the text Iron John, there is the idea of the 'creature that lurks on the outside of the village.' Once I settled into my new home I did some deep meditation and faced this internal animal that lives on the corners of our consciousness. It felt safe to see it in its internal spiritual form and let it know that I had acknowledged the ancient part of us that is afraid, isolated and neglected by 21st century psyches and pressure.

In a deep state of relaxation I embraced this part of the ancient archetypal human psyche and saw its presence in the deep unconscious. You can't make the monster within, simply embrace a positive mindset. You have to let it be a part of you before it turns into the shadow that everyone else can see but you.

I began to have deep sleeps again and felt those patches of 'trauma' in my brain slowly come into focus and dissolve again, but I had to look at it in a place where I had self-respect and authenticity for my whole human being.

BA in Professional and Creative Writing at Deakin Uni 2013-2019

Based between Melbourne and Vancouver.