by Shelley Whigham about a year ago in family 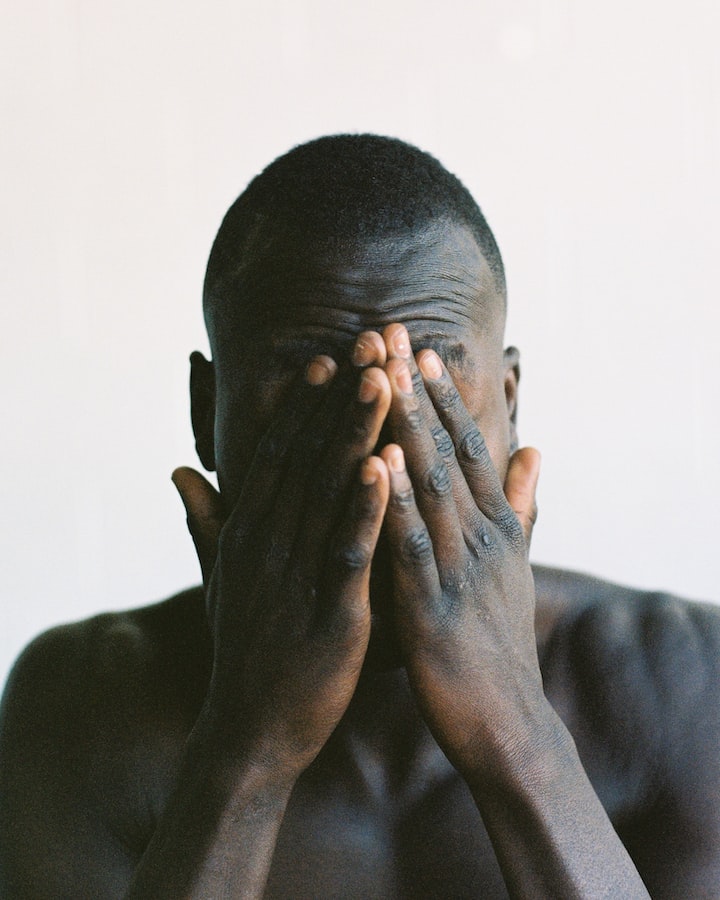 As a little girl I always looked up to my big brother a year and a half my senior, he was scrawny but tough! On our walks to and from elementary school, I'd walk behind him trying to keep up and he'd eventually stoop down and lift me on his back and carry me the rest of the way home! He was anxious to get home and watch his favorite Spiderman cartoon once sewing and entire Spiderman costume from old clothes!

As we grew older he'd protect me from the bullies on the playground and the gangs that chased us home from school. He began to lift weights and was a huge Bruce Lee fan, and taught himself Martial Arts and used it frequently to defend himself and others. A young man with great potential and lots of talent, he played the trumpet and marched in largest competition parade in the state! By all accounts he had beat the odds stacked against black men! He became a father and husband, always working hard to support himself and his family.

Approaching his thirties the big brother I knew began to show signs of what we now know as schizophrenia. He was suddenly acting odd, hearing voices, reading the Bible and calling himself the "Son of God." No one knows for sure what triggered this behavior. He later attributed it to the smoking of some "laced marijuana."

Weeks of this erratic behavior came to a head when he attacked one of his friends with a machete nearly killing him, then wandering the streets for a few days returning home confused. Admitting him to a hospital WE then received the diagnoses. I say "WE" because mental illness is a disease that affects the entire family! Not much was know about the disease at that time, at least not to us. Nothing has ever hit our family this devastating before.

According to the National Alliance on Mental Illness, (NAMI) an "estimated range" from 0.25% to 0.64%of U.S. adults are diagnosed with Schizophrenia. It can occur between the ages of late teens to early twenties for men, and late twenties to early thirties for women. A person younger than twelve or older than forty being diagnosed is uncommon. Research suggests that Schizophrenia may have several causes, such as genetics, environment, brain chemistry, and substance use. For a detailed explanation and the identifying symptoms of Schizophrenia go to nami.org. or contact a mental health professional.

For the first few years it was a repeated cycle of relapses (if that's how you want to describe it) a series of trial medications that seem to take him from a range of a zombielike state to other side affects that would make him stop taking them and end up back in the hospital again! (sound familiar?) Over the years things seem to get back to normal. The phone calls from his wife stop coming, and when we saw him he was himself, the big brother I knew, with the gentleness of our school day journey's. He was holding down jobs, looking very healthy, and did I mention... he was ALWAYS a sharp dresser!(even when he relapsed) So all was well right? Wrong!!!

During the thirty plus years since his our diagnosis, we (being his biological family) didn't receive very many calls of relapses and hospitalizations to get him back on the medication. And maybe it was naive of us to think that all was well. And perhaps we could have kept closer tabs on the situation. He was married with two children, a wife, job and eventually grandchildren. It seem he had learn to live a normal life with schizophrenia!

To his wife's credit she had courageously took on the responsibility of being his sole support system, while raising two children, and working two sometimes three jobs! The reason we weren't getting those calls, as was explained to us was, that was her husband, her responsibility, and she didn't want it to seem as if she was putting down our son/brother. There's a lot I can say about women who feel they have to be the rock and shoulder every responsibility without seeming as though she's falling apart! But that's another discussion for another time.

the revelation that my brother had gone off his meds repeatedly and self medicated often with alcohol and marijuana, that for someone suffering from schizophrenia should never have ultimately took a toll on her. Many times the police were called to calm the situation. I shutter to think of all the times he could have ended up as many who suffer from mental illness do when coming in contact with police. More on that thought in a moment. I couldn't help but be heartbroken that she had endured so much while essentially being the backbone of her family.

I can't help but ask over the years of holiday dinners, backyard parties, graduations, kids spending nights at families homes, how it all seem so normal? Or were we being naive? The event bringing the years of pain, fear, exhaustion, anxiety, and shame of failing all came crashing down in a gigantic way!

On October 27, 2020, my phone rang! of course, on the caller id I could see my sister- in -laws number, not in a position to answer, I figured I'd call her back shortly. But then other family members numbers began ringing my phone back to back! I felt a sinking feeling in the pit of my stomach. As I took the call my daughter began screaming that my brothers house was on fire and so was he as he ran out of the home to the streets! That day changed my life forever!!!

In the week or so leading up to that day I had made a random stop over to my brothers house. I noticed that he was not in a good space. Ranting about the voices talking to him. angry, cursing, hostile as his wife came in the door. I remember having to call his name to help him recognize who I was and bring him down. I remember for the first time in my life ever being afraid of the one whom I called my protector. I could also empathize with my sister-in-law's struggle. As we all left the home and he went on his way. I called my mom and said to her, that he was not in a good place! while he had been taking meds he had also been self medicating, which in turn counteracted the meds. A few days later, he called me to give him money for gas, he was stuck on the freeway. When I went to his aid, there he was my protector brother! No voices. Just a man coming back from a job interview, smiling at me! Things seem good for now.

October 27, 2020, my brother survived the fire, but with second and third degree burns. He had mouthed to his daughter whom he had seen the day before during an episode, that he did not want to hurt anyone else. The doctors said that it appeared he had some accelerant poured on him. nearly sixty percent of his body had been burned. Was it an attempt at suicide? statistics show that suicide is one of the main causes of early death in mentally ill patients.

On October 28, 2020, a young man by the name of Walter Wallace Jr., from Philadelphia, while suffering from a mental illness was shot and killed by the police. while looking at the news of that day my knees shook and my body began to tremble. When I thought about the possible hundreds of times my brother came into contact with police and showed violent tendencies, and could very well have lost his life. The fire though tragic, still allowed our family the opportunity to still have him with us. And to tell my sister -in-law she NEVER had to shoulder that responsibility alone, and she never will again!

May is Mental Health Awareness Month! According to the American Hospital Association, "it is a time to bring awareness of those living with mental or behavioral health issues and to help reduce the stigma so many experience."

I have had a passion for writing since I was a child, I love fiction, non-fiction, poetry, travel, and health and fitness! I decided to pursue a new career as a published author!

More stories from Shelley Whigham and writers in Psyche and other communities.