Memories of a psychotic

GT
by Grace Thomas 10 days ago in recovery 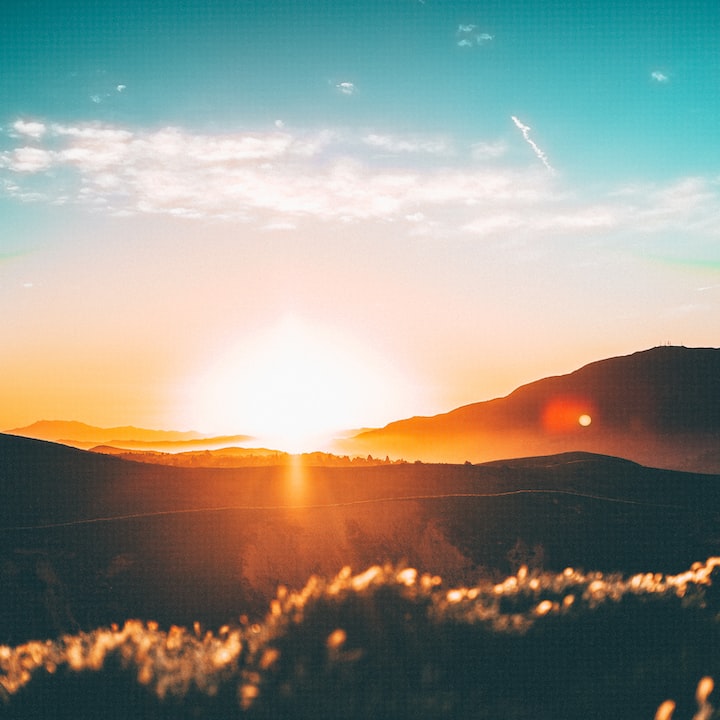 Photo by Jordan Wozniak on Unsplash

Does she know you’re psychotic! Mum screamed at me across the dining room table in her demeaning stance. She was referring to my new landlord whom I was supposed to live with for university. I had been offered a place for a leading university in the UK for my course, little did I know what the future would hold in the next few days, it certainly wasn’t enrolment. I felt humiliated, vulnerable, useless and tired. There was no fight left in me and so I did whatever I was told. “you are sick”, “you are not firing right”, “you are not going to university”.

A large white van appeared outside the house when a big black scary man escorted me into it. He slammed the doors shut. That’s when it dawned on me. I was being sectioned. My auntie s4at across from me singing gospel hymns. All I could do was ask myself how this happened, how did I end up here and how long would this last. I felt the only friend I had was myself because I believed in me when people rejected me. God can you hear me? All in all, 28 days turned into six weeks but I made it out before my birthday. Speaking of birthday’s I became a little child in my dressing gown and slippers. Dad and my sister followed me and the nurse who showed me around the colourful space. There was a communal lounge, a dining area, a creative room and of course my bedroom in a long corridor of empty and filled bedrooms, which seemed cold and hollow. “Look you have your own shower! And your own living space” said Dad enthusiastically. I didn’t know if he was being patronising or genuinely cared for me. There was a mixture of professionals on duty and service users walking aimlessly waiting to be heard by staff or troubled by their own voices oblivious as to whether anyone heard or not.

Morning came. I felt lonely and was woken by a friendly nurse who fed me a tablet which I assume was an antidepressant and offered me to join others for breakfast. My neck was stiff from the hard bed so I decided to take a shower and dress from the packed bag mum had left for me. There was no music or laughter, I had no reason to laugh as my dreams and dignity had been shattered. I decided that I had no soul and that this was my karma. I became suspicious of the food. It tasted nice but what was really in it. Was this all a ploy or a conspiracy which I later asked in a play I wrote to cope with it all. One service user shared my views and was outspoken about it “I wouldn’t even feed this to a dog!” I even tried to reason with my uncle who later visited me. He comforted me with his empathy and on one occasion he brought me Caribbean food to eat. Sleep, breakfast, communal area, creative room, dinner, toast before bed and sleep. Sleep, breakfast, communal area, creative room, dinner, toast before bed and sleep. This was my routine. Somehow, I missed the gym and walks with the dog. Wrong place at the wrong time, I guess. I had permission to walk on the grounds outdoors with supervision, during this time I would take a breath of fresh air and reconsider my life. What choices had I made and why I want to do better should I ever leave this place. I had ambitions, dreams, plans; and truly believed I had been bamboozled by my loved ones. I felt betrayed.

I made a friend. She had spinal bifida and found it very difficult to cope. In my eyes she seemed fragile and soft natured in her purple cardigan. She was beautiful although I felt a part of me sink each time she cried mid sentence. She felt as though she was a burden to her family, yet I felt mine were a burden to me. Her family paid attention to her needs, mine ignored and belittled my needs. We found solace in each other and I found consolation in her nurturing nature towards my fellow service users. It was as if she attracted them towards her and she would feed them words of love or hold a hand when she had the energy. I was reminded of the goodness in people that does exist, the kindness I was experiencing seemed to be familiar to how I had felt before and momentarily I felt warm inside. She left before me but she remains in my heart.

I am writing my memories a year later to the reader to let you know that I have survived a relapse. I have survived the fear of falling back and being entirely broken to the point of no return. It is possible. Day by day I tell myself I have made it and so have many others.

Hello I am an amateur drama Graduate. I love to write fiction and non fictional stories and poetry

My writing is to inspire, entertain, advice and challenge the reader. Enjoy!

See all posts by Grace Thomas →