by Marianne Suppa 13 days ago in bipolar 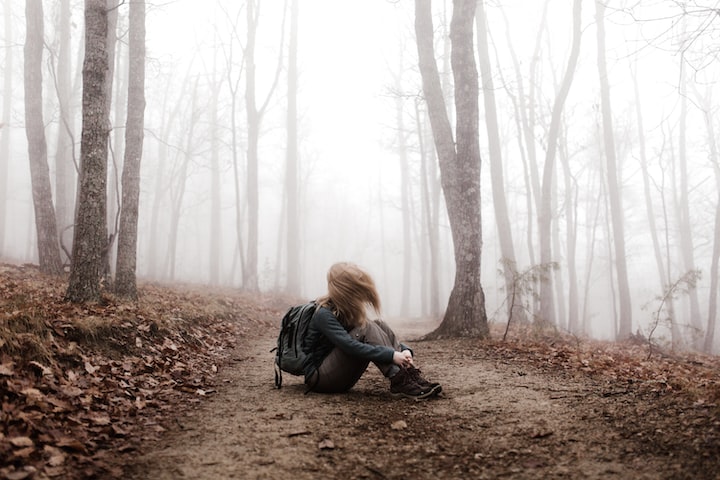 As human beings, the feeling of hopelessness has to be the most solemn emotion we're capable of feeling. I exist in this space wholly and mostly. When you are mentally incapacitated, no one can see it. When you suffer in mind and spirit, no one else can feel it. And when you suffer because the people you need to believe what you are experiencing is real, do not, you are left with a diminished sense of self.

I am bipolar. My experience has led to me losing my long-term job, friends, and relationships I held dear. Mania struck later on in my life, and it hit hard and fast, like a tsunami destroying everything in its path. It was loud and extreme in some ways, yet subtle and undetectable in others, and has since relented long enough only for me to come up for air.

Before losing the meaningful things in life that mattered to me, came the loss of specific mental abilities while under the influence of mania. Some of the lesser-known symptoms of bipolar disorder include lack of self-control, impulsivity, compulsivity, impaired decision making, impaired judgment, impaired cognitive function, overconfidence, inflated ego, delusions of grandeur, becoming reactionary instead of responsive, psychosis, and to some extent, causing you to become unrecognizable to yourself. Manic depression, the most common symptom of bipolar disorder, can lead to suicidal ideation and disassociation. I have experienced all of these things to varying degrees.

While bipolar disorder affects nearly 2.5 million people in the U.S., it is still widely misunderstood as a mood disorder alone. However, mood instability is just one symptom and can be extremely problematic on its own. Irritability, hyper anxiety, and depression are all products of mood instability brought on by bipolar disorder. When your mind is under the influence of mania, it struggles to function properly in other unexpected or not so obvious ways, leaving you to deal with unintended consequences and, in my experience, very little understanding from those who witness it.

After I lost my job, I was told that I used my bipolar disorder as an excuse for why I exhibited the uncharacteristic behaviors that led to it. People who didn't understand its complexities and wouldn't acknowledge my outlandish personality changes and reckless behavior as an illness, instead of a choice, deemed my actions and behavior inexcusable. Because bipolar disorder affects so much more than just what it appears to on the surface, I had no control over what was happening and was left reeling in the harsh reality that my life would never be the same again. I was abandoned by people I spent over a decade working with and socializing with outside of work, and my new reality was that I just wasn't welcome anymore.

Society can be indifferent and cruel, and sometimes unable or even unwilling to understand an illness they cannot see or haven't experienced themselves. And so I must learn to forgive and live with the burden of knowing this won't be the last time I encounter this level of heartbreak and disappointment. And that is why I share my story, which I know is not unique.

In the eyes of those who have never known its true components, I was deemed a manipulative liar who exaggerated their condition as a ploy. I was affected in all the ways someone struggling with bipolar disorder would have been, yet after losing my job, it was said I made up these truths to fit my specific narrative. To use it as an excuse. Instead of acknowledging my illness, it was invalidated to the fullest extent. I was mocked, dehumanized, and verbally attacked on social media. I struggled to cope with this reality that is not mine, but theirs. I was force-fed blame, shame, and guilt on top of having to deal with the illness itself.

In light of this, a light that has taken me two years to find, I now have a purpose, and that is to rid the tragic misconceptions of this heinous disorder. My hope is to help others and to end the brutality and apathy towards people with mental illness. So many times I wanted to end my life, thinking I cannot go on this way. I couldn't exist in a world where I am to be shunned by people I care about for reasons beyond my control. I couldn't exist in a world where I had to struggle and fight so hard with such little strength to spare, just to be accepted and supported instead of invalidated. But I choose to stay and fight. I exist to cope with the loss of so much that I loved because I am ill. I exist merely to cope. I am bipolar.

I am a bipolar psych student and a mom, My purpose is to breathe empathy into the struggles of those afflicted with mental illness through reflective storytelling of real life experiences. Please feel free and welcome to follow my mission.

See all posts by Marianne Suppa →