by Lavinia Guadalupe 2 years ago in depression
Report Story

educate yourself it's fun 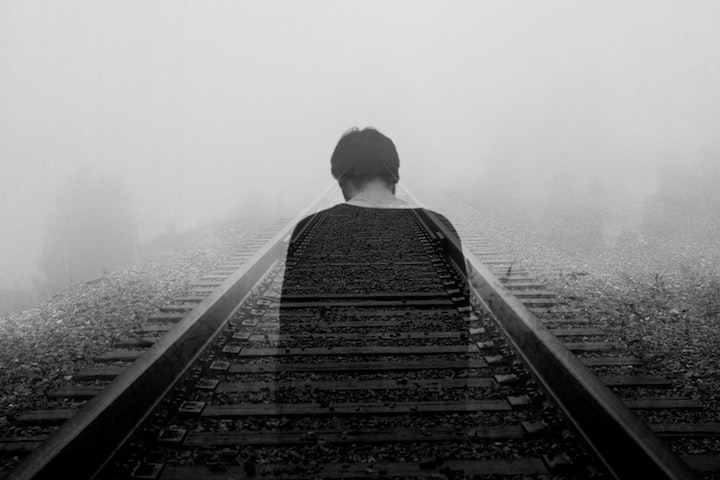 Photo by Gabriel on Unsplash

The definition of depression is “feelings of severe despondency and dejection”. Depression is more than ordinary sadness. Sadness is a part of being human, it’s a natural reaction to painful events. Everyone experiences sadness or the emotion,at some point in our lives. Depression, on the other hand, is an illness with many more symptoms than being unhappy. When sadness turns into depression because it can, there are some signs.

The umbrella of depression:

*Seasonal affective disorder-A mood disorder characterized by depression that occurs at the same time every year.

*Postpartum depression-Depression that occurs after childbirth.

*Post-traumatic stress syndrome-A disorder in which a person has difficulty recovering after experiencing or witnessing a terrifying event.

*Anxiety disorder-A mental health disorder characterized by feelings of worry, anxiety, or fear that are strong enough to interfere with one's daily activities

What are the symptoms of depression?

When you go from being sad to feeling any of the listed below it's possible that your sadness altered to depression. As someone with depression I give you a personal apology if that is the case. Having depression isn’t fun, none of us enjoy being depressed. Below you will see common symptoms of depression:

*Persistent feelings of sadness or an “empty” mood

*loss of interest in activities you used to enjoy

There are physical symptoms as well such as:

*Low energy or feelings of fatigue

What are the numbers for depression and suicide?

*Major depressive disorder affects approximately 17.3 million American adults, or about 7.1% of the U.S. population age 18 and older, in a given year.

*Major depressive disorder is more prevalent in women than in men. As well as getting diagnosed and receiving help for their depression or mood related disorders.

*Men on the other hand are the highest in suicide rates reaching 77.9% that’s four times more then females.

*Globally nearly 800,000 people die by suicide in the world each year, which is roughly one death every 40 seconds.

*Lesbian, gay, and bisexual kids are 3x more likely than straight kids to attempt suicide at some point in their lives.

*Medically serious attempts at suicide are 4x more likely among LGBTQ youth than other young people.

*Lesbian, gay, and bisexual young people who come from families that reject or do not accept them are over 8x more likely to attempt suicide than those whose families accept them.

*Each time an LGBTQ person is a victim of physical or verbal harassment or abuse, they become 2.5x more likely to hurt themselves.

What can you do to help with your depression?

There are ways you can cope with your depression. It won’t take it away you won’t magically get cured, you can have a moment of recovery. The things that help the most are things that are the most difficult to do. There is a big difference, between something that’s difficult and something that’s downright impossible. While recovering from depression isn’t easy, you do have more control than you realize even if your depression is severe and stubbornly persistent. Taking the first step to feeling better is hard but I promise you the end result is worth it.

*Reach out and stay connected

1.Talk to one person about your feelings.

2.Help someone else by volunteering.

3.Have lunch or coffee with a friend.

4.Ask a loved one to check in with you regularly.

5.Accompany someone to the movies, a concert, or a small get-together.

6.Call or email an old friend.

7.Go for a walk with a workout buddy.

9.Meet new people by taking a class or joining a club.

10.Confide in a clergy member, teacher, or sports coach.

*Do things that make you feel good

1.Spend some time in nature.

8.Talk to friends or family face-to-face.

1.Exersice your fatigue will improve if you stick with it.

3.cook yourself a meal

4.Dance with yourself or others

3.Boost your B vitamins

*Get a daily dose of sunlight

-It’s okay to admit that your not doing the best this time around with a depressive episode. It’s also okay that every time you have a depressive episode that you need help to get through it. It doesn’t make you any less of a person. Asking and getting help goes to show that you want to feel better personally, as do the other things up above.

What not to say to people with depression and the Umbrella that follows it?

When someone you love and care about suffers with depression and the Umbrella, giving advice is awesome. Only when you word it nicely and are sincere about what your saying. Especially if you don't understand the nature of depression and mental illness.

*Compare their feelings to others

“Why don’t you try smiling”

"But you don't look depressed"

*Tell them you care

*Ask how you can help

*Offer to help them find help

Doing and saying the things on the don’t section can lead the person or people your interacting with to feel worse than how they felt prior. They may feel embarrassed, confused, guilty, ashamed, or afraid of what would happen if other people found out that they were depressed. They may start to worry that they will be seen as incompetent at work or as a parent. They may be worried that their spouse, family, and friends will stop loving them. The words you say and actions you do are so much more important than some people think.

Thank you for time reading my informative paper today. Stay patient with those who have a harder time. Remember the do’s and don’ts. Most importantly of all go out and learn all that you can.

I am a published poet four times over in Topeka Kansas. I rarely write happy sounding poems or stories. Most of what I write is personal in a way, or somewhat controversial. Nothing I write is meant to offend anyone. Please read and enjoy!

More stories from Lavinia Guadalupe and writers in Psyche and other communities.