It Was an Unseasonably Cold Day for a Funeral

by Jill (Conquering Cognitions) 15 days ago in depression
Report Story

Nothing was as it should be that day 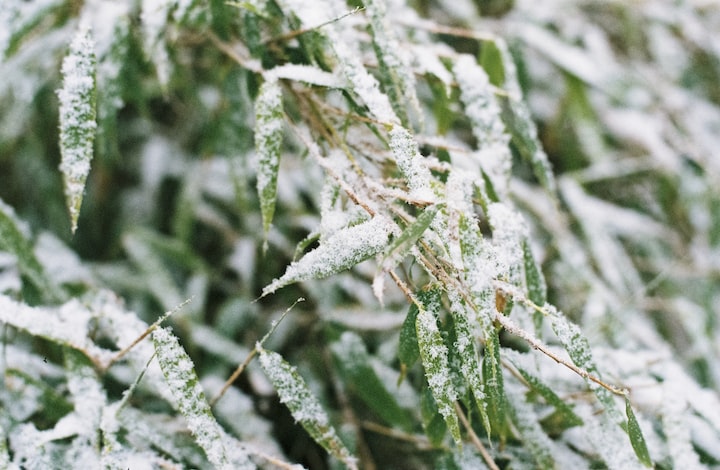 I drove by his house today.

For years I pulled into that driveway to pick him up for school. He usually ran a little late, and I can picture him running out the front door with his backpack hanging open, and his arms full of books.

His mom would wave from the window as he piled into the car with all his gear and I would smile and wave back.

The memory brought tears to my eyes.

A few blocks later, I thought I saw him walking his dog. Slowing down to wave, I suddenly realized it wasn’t him. It would never be him again.

I turned around and drove home, no longer having the energy for the grocery store.

A Life Over Too Soon

It’s hard to believe he is gone.

He had an infectious laugh that spread through every space like wildfire. When the giggling youngsters in the school carpool got so loud that they had to be shushed, he would immediately comply. But soon, there would be another round of laughter, and he was often responsible for the outburst.

He was tenacious and once ate a large bowl of chili with just a tortilla chip as a spoon. Once that chip got soggy, it was challenging, but he didn’t give up until he had emptied his bowl.

He was a procrastinator who rushed through his evening homework every morning on the drive to school. We joked with him that he put the “pro” in procrastination. He would smile and then return to hurriedly writing an English essay that was due in the first period.

This bright, talented, free-spirited kid was my son’s best friend, and we loved him like family.

The Chill of Grief

He was buried on an unseasonably cold day this May.

The morning rain turned to snow, and soon ten inches covered the ground. The new spring growth was shocked by the freezing temperatures, and tree limbs buckled under the weight of the heavy snow.

Nothing was as it should be that day.

Earlier that morning in the hours before the service, I stared at a sympathy card trying to think of something comforting to write. As a psychologist, I’m supposed to know what to say at difficult times, yet I had nothing for these dear friends.

What do you say to someone who is burying their youngest child?

As I looked at the blank card, my teenage son asked if he could write on it. When I suggested he jot down a rough draft on blank paper first, he said, “I know what I want to say.”

His words came from the heart and flowed freely onto the card. It was an emotional, compassionate message to the parents of his best friend. He knew the right words when I didn’t, and I felt so proud of my son who is becoming a young man.

My friend won’t see that change — she won’t get to know her son as an adult.

Life is not always fair.

Hours later, I watched as my son carried his friend to his final resting place in a heavy casket on his left shoulder. I felt crushing grief that made it difficult to breathe. Looking at his parents in the front row, I knew my sadness was a light load compared to theirs.

I wanted to do something to shield them from the pain. I knew they were tormenting themselves with what-ifs — what if there hadn’t been a pandemic that disrupted his school routine and social life? What if when he called to say he loved them, they had known it was a goodbye and rushed home to stop him? What if he had changed his mind?

Instead, I stood there and cried.

Death is never easy, and the loss of a child is unbearable. When the child’s death is at their own hands, there are no words to describe the depth of that despair for the surviving family members.

I knew and loved a young man who had a brilliant mind, a witty sense of humor, and a kind heart. When the world turned upside down, he lost his way — a sensitive soul struggling in silence.

I pray he knows how much he was loved and how deeply he will be missed.

I am heartbroken that my son's friend suffered in silence. Please help break the silence.

This story was originally published on Medium.

More stories from Jill (Conquering Cognitions) and writers in Psyche and other communities.