I Made the Cut

by synrie 5 months ago in coping
Report Story

I made it myself. 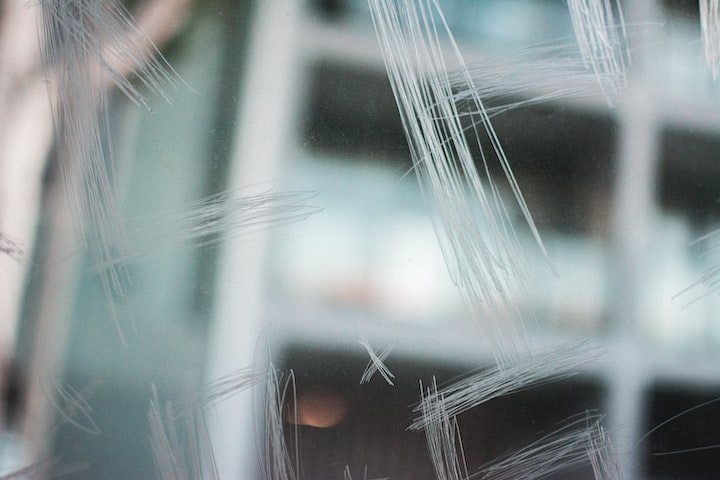 I scratch at ideas, hoping something will come of them.

I scratch at dreams, wondering if they're real or just something I conjured up to satisfy my own sense of purpose.

I scratch at love. I don't scratch it for very long.

I scratch at my nail beds, then I stare at the skin that I've maimed.

I like scratching at things, at people, seeing what they will do, how they will react to the faintest pain of me. Like a ghost, I scratch at their lives just as I scratched my initials into that guitar that I haven't touched in years.

I now possess the power to own.

I create memories to live in my place. I etch them into the minds of anyone I care to tamper with, anything I care enough about to be tied to my person.

I sit by you at the movies, you steal my popcorn and I steal your heart. I've scratched again.

Someone steals my heart in return. I scratch at myself. Suddenly, I don't feel like loving anymore.

My scratches, full of love and hate, cover people and things. They cover me.

I remind myself that none of it is real. That what I've brought upon myself is just a test, an illusion meant to hurt me. I scratch at anything that comes close, hoping that they'll carry the faintest trace of me away from the dark place that I remain.

I am not forever, but my scratches are.

I know this to be true. I know other things, as well.

I know the scratches I make on other people don't last as long as the ones I've carved into my own skin. They who haven't even realized the lasting impression I've pressed onto them with my own fingers. I want to scratch them from head to toe so they will remember me every time they look in the mirror, but the marks fade too quickly and I have never been fast enough, strong enough.

I made the cuts. I made them myself.

Are my scratches still felt, even now when I haven't scratched in so long?

Lashing out always leaves an impression, but I always end up hating that, too.

If I scratched at them now, would I leave a mark? Would they feel me again, like they did before?

I have my doubts. I'm a scratcher and a destroyer. I destroy what I leave behind. I cover up my scratches on other people and then I scratch at myself, instead.

I need to know I can leave a mark.

Did I reach them at all? Ever? When I scratched, did it sting? Did it hurt? Or did I miss altogether?

Did I spare them the pain of me instead of letting them experience it? Did I get close at all? Were they ever really mine?

But there is no one left in sight.

I turn to things.

I scratched at art.

I scratched at music.

I failed at them, too.

I've run out of things to scratch, it seems. No people, no things.

But I have places, right?

I have my home.

But it won't be mine for much longer.

I have my town.

But I don't want to stay.

I want to leave an impression, but if I scratch at these places that I've lived in, they will scratch back. They will suck me in until I never want to leave. It's frightening to think that this place will let me go, but even more so to think that my scratches will keep me chained.

If I scratch at them, I'll become the destroyer again, because inevitably I'll scratch at myself for scratching them first. I should know better than to get that close to anything. I shouldn't be able to scratch them at all. I punish myself. I punish others, too, even if I don't mean it.

All I want is for someone to look at me and know me. Know me for everything that I am. I leave little pieces of myself in every scratch I make, but no one can see them. Why can't anyone see them? I scratch angrily.

What happens when you scratch them so hard they bleed? I don't like to clean up messes. It always ends in tears and heartbreak, and I don't want it anymore.

I don't want it. I swear I don't, even as I reach out, hoping I'll nick anything as I drift by. I'm a hypocrite, and I scratch at myself again because I'm self-aware.

I never forgive myself for the scratches I make, for the ones I believed I had a right to.

I am stuck in a cycle of scratch and destroy. If I get close enough to see them, to see what I've done to them, the art there, the beauty -- two people or things or places that have created scratches together -- is lost on me.

I forget that other people can scratch, too. I forget during every moment that I should remember. Are the scratches on my body mine or someone else's? Am I me, or am I the culmination of everyone I've ever known, of the scratches those people left behind?

Even if the answer was right in front of me, I'd pretend to be blind. I'd scratch at my eyes and my ears and my mind so I don't have to see or hear or know the truth. I search for what I don't want to know. I scratch at things because I'm scared to let them go, but I'm really just scared they'll let me go, instead.

I'm not a scratcher.

I'm only ever gone.

I made the cut. I made it myself.

Then I left before it could cut me.

definitely not a fighter

More stories from synrie and writers in Psyche and other communities.