I Lost The Love Of My Life To A Drug Overdose

by Alyssa Sprague 2 years ago in addiction
Report Story

Four Years Later And the Pain Is Still Just As Fresh 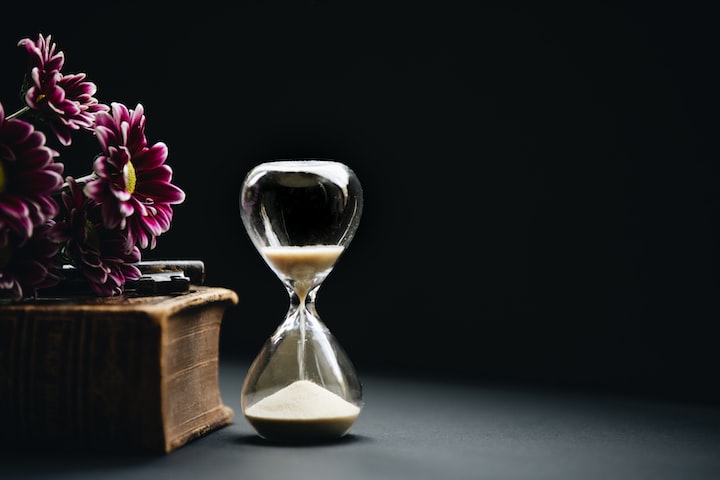 I remember hearing the words through the phone very clearly, but not processing everything that I was hearing.

“We found George in his bedroom about an hour ago.”

George and I had been a couple for ten years. Together we had two little girls, who were ages 8 and 6 at the time. We had been living separately for about five months, a requirement of our then open case with Child Protective Services, which was opened a year prior specifically in relation to George’s substance abuse. He had begun using opiate painkillers about eight years before as a way to numb the emotional pain of a personal tragedy he had endured. His addiction had spiraled from there.

I was sympathetic to his struggle. I had battled a similar opiate addiction years prior. Still, I had been clean for about six years after several in-patient rehabs and the introduction of methadone maintenance treatment had helped me find my footing in recovery. George, however, had been unable to gain any traction in his efforts to stop despite his own trips to treatment, and even a short jail stint related to drug possession.

“It was another overdose.”

Another overdose. Yes, George had had several. I had personally revived him three separate times — twice using Narcan and once by actually performing CPR. A restaurant employee had found him in a McDonald’s bathroom on another occasion, and once he was found parked in a grocery store parking lot at 2:00 AM, slumped over in the front seat of his car by a security guard doing his rounds. It had begun to seem as if he was immune to death.

“They weren’t able to revive him.”

“What?” I said dumbly. “What do you mean they couldn’t revive him? The paramedics? Is he at the hospital?”

I don’t remember what I heard after that; I only know that I dropped the phone to the floor and started shaking uncontrollably, praying to God that it was some mistake.

His Memory Lives On

George’s luck had finally run out. Someone told me later that the paramedics had not administered any Narcan, as they didn’t even carry it in their possession, nor were they required to. George had been pronounced dead upon their arrival on July 28th, 2016, just three days before his 32nd birthday.

George had been an avid outdoorsman. He could spend entire days roaming the woods or parked on a riverbed, fishing reel in hand. During many of our first dates, we laid out in the sunshine with our poles cast in the cold, rippling water of a lake in Vermont. His family and I decided to have him cremated and chose an urn decorated with a beautiful stag standing on a hillside next to a lake.

I think about him all the time. There are so many songs that play on the radio that remind me of his infectious smile. I often look at pictures from days gone by — Christmas mornings, birthday parties, family vacations, and cry myself to sleep. I feel grateful that our daughters were old enough when he passed to have a heart full of precious memories already, and I hope they never forget the smell of his cologne or the way he tucked them into bed each night.

Then again, I wonder if maybe not having those memories would hurt just a little less. It’s hard to say.

There isn’t a person who knew George that wouldn’t describe him as a great friend and a loving father. He would give a stranger the shirt off his back. He was the type of man who always stopped if he saw someone pulled over on the side of the road, to see if they were alright or needed a hand.

I still receive messages from his old friends and co-workers, who check in to see how I’m doing, because they know George would’ve done the same if things were the other way around.

He’s Not The Only One

Four years have gone by now, but the pain still feels fresh. I don’t know if it ever gets more manageable, or if that’s just something we tell people in mourning to give them hope. I guess I will have to wait and see in time if my broken heart will ever mend, if only a little.

Unfortunately, George isn’t the only person I’ve known who’s lost their life to a drug overdose. There have been several old friends from high school, including one very close friend, and the list of victims keeps increasing as every year goes by. My entire generation has been affected by the opiate epidemic more than any other event of our lifetime. I don’t know the solution. I don’t know what else I can do except spread awareness every chance that I get.

So please, if someone you care about is struggling with addiction, do everything you can to get them the help and resources that they need. Most importantly, be sure to tell them you love them every chance that you get — because tomorrow isn’t promised.

Check out my blog at modernjunkieprincess.com.

When I'm not working, I enjoy collecting pens and stationery and hanging out with my cat Miss Gypsy.

More stories from Alyssa Sprague and writers in Psyche and other communities.