by Chloe Rose Violet 2 months ago in disorder

Journal reflection on self love after struggling with an eating disorder 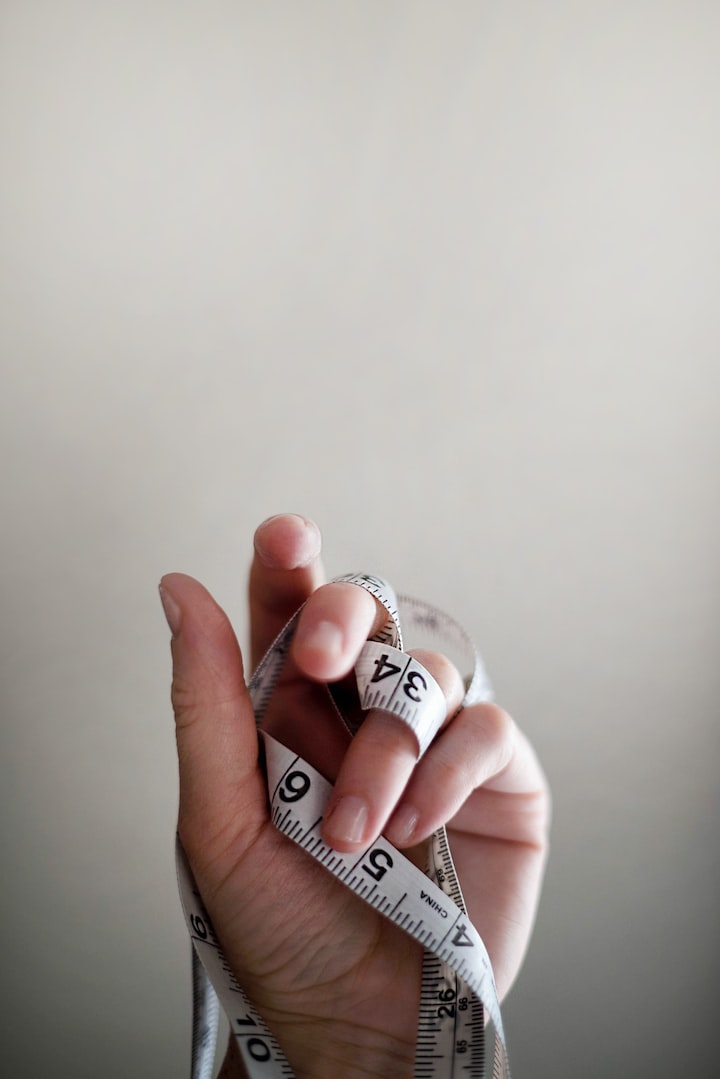 Photo by Jennifer Burk on Unsplash

While growing up, I had always thought my mother was the most beautiful human being to exist. I idolized her every move. I can remember sitting in her bathroom as a little girl. I used to watch her get ready for work. I sincerely can still remember the way her makeup drawer smelt like a combination of her signature Roots perfume and foundation. I used to play with the face powders that she had. I honestly had thought she was the most beautiful woman to ever exist.

I used to watched the way she treated her body with quick diet fixes like Shakeology. I listened to the way she spoke about herself in such a negative manner most of my life. Those comments also in turn were directed at me. I was twelve years old when I seriously began to develop major body and self-esteem issues.

I had never noticed how restrictive my diet became until after my first huge bout of depression when I was fifteen.

Here I am, after my second child writing this post. Damn near ten years after my issues with food began, and I am just trying to come to terms with the fact that I have an eating disorder.

I hate noticing that part of myself. I am a mom, I am not supposed to struggle with my appetite but here I am. It bothers me to no end because I don't feel as if I can control it, but I have two kids that watch my every move.

I try to blame society for my disordered eating habits, but I know that a lot of my issues surrounding food stem from my own childhood and guilty feelings. This is a hard thing to overcome by yourself and I really like to admire anyone that has been through this type of trauma before.

Playing with my children at a park this past winter during the pandemic, I was shocked by two little girls' comments on their own body image. They could not have been more than eight years old. They made remarks about themselves being heavy or fat when they were so much more than that. It utterly broke my heart. I was really grateful for the way they included my son in playing tag, even if they were much older than he was at that time in our lives.

Healed parents like to try to hear differently. And because of the way those two girls had spoken about their bodies at the park that day, I was given ideas on how to parent my own daughter and son. I want my children to grow up to love their bodies. Through every awkward phase.

Everyone goes through some sincere awkward growing phases and deals with their insecurities the best ways they know-how, but those two little girls at the park reminded me so much of myself as a small child, the young awkward girl who was too afraid to wear shorts during the summertime. I was the child who had begged her mom to let her shave her legs at age ten because I was so ashamed of the hair that was sprouting on my prepubescent body. That does not mean my mother had raised me poorly. It really doesn't. I like to blame society on how they view women and their body images. Ever since I was a child I was thrown magazines at my face that forced you to want to become thin and pretty.

But I had honestly just stood there as a child and stared at the most beautiful woman in the world. As I watched her pick herself apart in front of mirrors, my own insecurities began to grow.

I really do not ever want my children to see themselves the way that I chose to see myself as a child growing up. I don't know if that makes sense to most people but to me it really does. I mean it when I say that healed parents hear much differently. I promised myself to remind both my children every day of how beautiful and kind they both are. Those two girls at the park back then truly inspired me to this day. I will never forget the lessons that day had brought to me back last March.

Play the hell out of the cards that you have been dealt.

Trying to write from my heart about love, my life, and everything else in between.

"the heart and the head"