It may not be the way you are thinking. Or maybe it is, and then we should be friends. 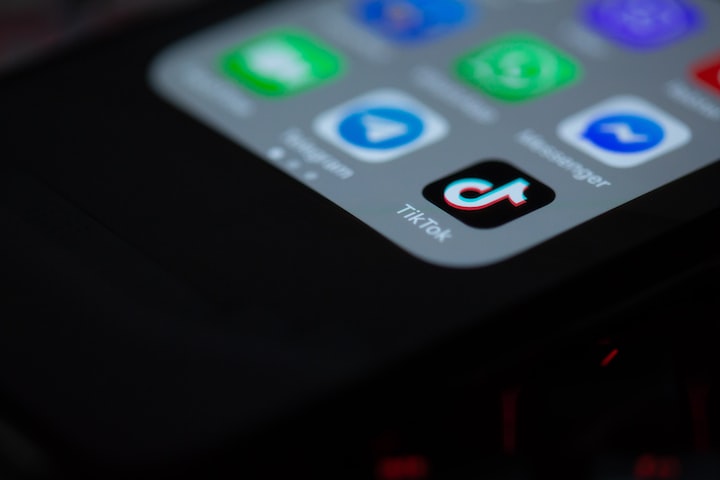 When COVID first swooped through the world and everything came to a screeching halt, I was laid off. But with the understanding that I would get a job back when the wheels were starting to turn again. Now that took six months. During those first six months, I found myself in an in-between. Not able to do anything or go anywhere. I was just sitting at home. Because no one knew exactly what we were looking at or understood the ramifications of this virus.

So I did what many people did, I downloaded Tik Tok. Against my better judgment.

I found myself swirling down the depths of whichever side of Tik Tok I mainly was on (LGBTQ++, baking, crafts, and eventually mental health)

Yes, I made my own sourdough, started an Etsy shop, and found my alphabet mafia people on there, but I wasn’t there to post anything. I was just watching and learning, wondering how everyone else was coping and functioning during this global madness.

I realized that I was not standing out in any shape or form. Everyone was dealing differently.

But eventually, a pattern began to form, much like when I discovered (as in admitted to myself) that I was very much not straight. The algorithm had me all figured out. The more I watched, the more I went down the rabbit hole.

I had made it to the adult-when-diagnosed-with ADHD side of Tik Tok.

Slowly my eyes were opened to people struggling with the same day-to-day issues as myself:

I could keep going because the list is long.

It made a significant impact on my self-esteem as well. I never felt good enough. And when people told me I was, I didn't believe them. All my life (or as far back as I can remember), I've felt like I have been BS-ing my way through life. It wasn't faking it till I made it, but I was just incredibly good at faking it. And when people in my profession listened to me, as if I knew what I was talking about, I felt like a total fraud. Talk about Imposter Syndrome.

When it came to my problems with lack of attention, the story was a little different. For years I had excused my inabilities with me being ‘just like my dad’ and it being a family thing: time management and forgetfulness in particular. Becoming a parent didn’t help that, but maybe it was just ‘mommy-brain.’ As my kid was getting older, it was clear that they had inherited some of those traits as well. It turns out ADHD can be hereditary.

So with the newfound information from Tik Tok and the research I had done after realizing it was a strong possibility, I set out to chat with my doctor and my therapist about maybe getting screened for ADHD.

It wasn’t that hard to determine. If it had been a test at school, I would have gotten an A+.

Plotting the course of the future, we ended up trying medication. I started on a non-stimulant, which in this case, was an anti-depressant that sometimes turned efficient for people with ADHD. While it made me a little happier for the month, I tried it, and it did not help my ability to focus.

Next up were stimulants. While starting with the lowest dose possible, I didn’t expect much of a difference from my day-to-day, but oh boy, let me tell you: The first time I went driving was a tremendously eye-opening experience.

I realized that I could focus on driving while also noticing things happening on the drive, which didn’t take away from focusing on the actual driving. Before, I had to work at maintaining focus on just driving. I didn't realize how bad it was until the other day when I set out to drive right after taking my meds, and they hadn't kicked in yet. Let's just say that won't happen again. At least not with me assuming that I have the same attention span without meds. But it was a good lesson, and fortunately, I realized early on that I needed to pay way more attention than I had recently. I was also not the only one in the car able to drive if it had been too unsafe.

We are still trying to figure out the correct dosage, which takes time. And effort. On my part. I am keeping a journal of my experiences, which I take to the doctor’s office every month when we go through my vitals and how the meds affect me. It’s a work in progress, though.

In addition to my ADHD, I also have depression, PTSD, and a few other issues. It is not uncommon for people who get diagnosed later in life.

So Tik Tok helped my mental health by opening my eyes to my having ADHD.

Unfortunately, Tik Tok also perpetuates the mindless scrolling that is detrimental to people like me, who need more structure in their daily lives. It turns into a time suck, where minutes and hours disappear if I am not careful. And it doesn’t always spark joy either. While I have used it to numb my brain (giving it continuous small bursts of dopamine, which works for a short amount of time), it does affect me negatively if I am on there for too long. And not just with loss of time. If I have spent a couple of days watching more than 30 minutes of various videos, I can feel my mood change. And not for the happier.

Like many other things in life, it is all about balance. And I am continuously working on finding what works for me.

Scandinavian living in the US. I have been blogging for 15+ years on different platforms. Proud member of the alphabet mafia, as well as the neurodiverse family

More stories from Anne Pedersen and writers in Psyche and other communities.