by Chloe Noel 16 days ago in eating 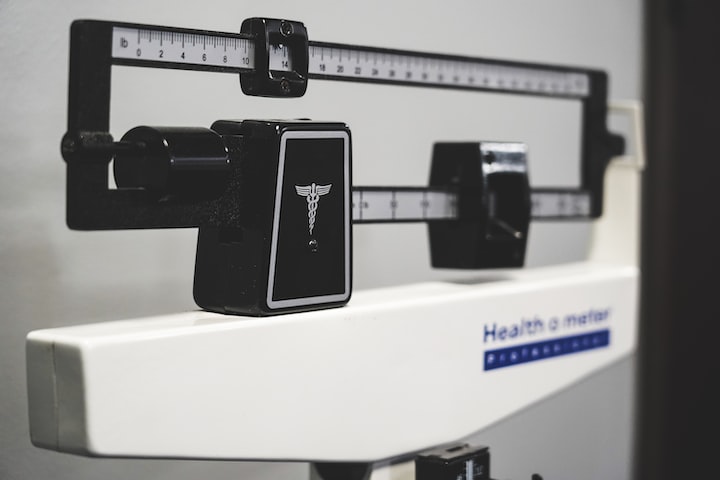 Photo by Samuel Ramos on Unsplash

This story talks about anorexia, if you are not comfortable with the subject please read with caution or exit this story.

I have been struggling with an eating disorder for about five years now and I am telling this story to show that it is not something that starts overnight, there is often some traumatic events that happen beforehand. In my case, a lot of things happened leading up to it. I also have gone through this twice and i will explain both of them.

It all started in the 8th grade when i was 13 years old, around the time where it was seen as bad to eat in front of people because it was not ladylike, I will get into that later on. The first thing that was going on was my mom and my step dad fighting all the time and I have never been comfortable with yelling and fighting, I was also afraid to lose my step siblings because we were all very close. They ended up breaking up a few months later but just the fighting on its own hurt me a lot. The second event was when i almost lost my step mom to appendicitis, she was in a lot of pain but refused to go to the hospital and ended up going a few days later because my dad forced her to go, the doctor said she is very lucky to be alive due to how long she waited to go to the hospital. She had to get her appendix removed in an emergency surgery and if she had not gone to the hospital that day, she would not have been so lucky.

The third event is a little long. I started dating this boy after we had gone to the school dance together and it was a very awkward relationship, we barely talked and we probably held hands once or twice in the four months we were dating. We were not very comfortable with each other and like I mentioned before, it was around the time where eating in front of people was seen as unladylike. I would eat in the cafeteria with my friends and when I started dating this boy, he started joining us for lunch so I was not very comfortable eating in the cafeteria anymore but I still wanted to be with my friends. Also since it was middle school I was forced to be in the cafeteria for the first half of lunch. I just stopped eating during lunch even though my friends would force me to eat something like a granola bar or cucumber, it became a routine that I would get a stick of cucumber every lunch because my friend always gave me one. I still was not comfortable but I did it anyways, this boy was also a lot skinnier than I was and I felt fat standing next to him so I would not eat when he was around. I also did not eat much breakfast in the first place so at that point I was not eating breakfast or lunch, I would only eat a snack after school and sometimes dinner. After a while I lost a lot of my appetite and I did not feel hungry anymore so I kept making excuses to skip dinner, I would tell my mom that my stomach hurt or that I ate too many snacks when I got home from school. Having a snack after school turned into having a snack sometimes and still not eating any of my meals and I was not losing weight at that point so nobody really knew. My friends noticed that I would throw out the lunch my mom gave me and that I would not eat and one day they gave me a granola bar, I ate half of it and I was full, I then needed to go to the bathroom and a few of my friends secretly followed me to make sure I was not going to throw it up, but they know me better than that, I have a huge phobia of vomit. I had the same eating habits every day and not that many people knew about it but I eventually recovered on my own.

Fast forward about a year or two after I fully recovered, I just quit my job at Walmart for a job offering at Pandora and then the pandemic started and I no longer had a job, I needed the money so my boyfriend's mom got me a cashier job at Shoppers Drug Mart. The job was nice and so were the people but the break times were very short and I am too lazy to make myself a lunch to bring to work. I have never been comfortable eating in a break room with other people, The Walmart break room was huge and full of people all the time so I always ate at my locker since no one was there, however, at Shoppers its a very small break room with about four chairs at a table and I was the new girl so I was not comfortable with my coworkers yet. I would usually buy myself a Kraft Dinner cup and eat it if I was alone in the break room, and if I was not alone, I just would not eat my entire shift. When i worked at Walmart i would often go to the McDonald's in the store but I could not do that anymore. I became less and less hungry and more aware of my weight and eating started to get very difficult for me, this time I have lost a lot of weight and people noticed so I was pushed to get help and I am currently getting help. I do not currently have a job and I am putting all of my time in recovery so I can work and go to school when I am better.

If you are going through an eating disorder or you think you may be getting into one, please get help as soon as possible, it is absolutely horrible and I hate that I have put myself through it a second time but relapsing is a part of recovery and I am doing everything I can to make it better for myself. This is how it started for me and I really hope someone can learn something from this.

eating
Chloe Noel
Read next: Never In the Cover of Night
Chloe Noel
See all posts by Chloe Noel →