How I managed my social anxiety by co-managing a start-up company.

by Haitham Al-Bairouti 5 months ago in coping
Report Story

How my anxiety affected me and my journey with the company. 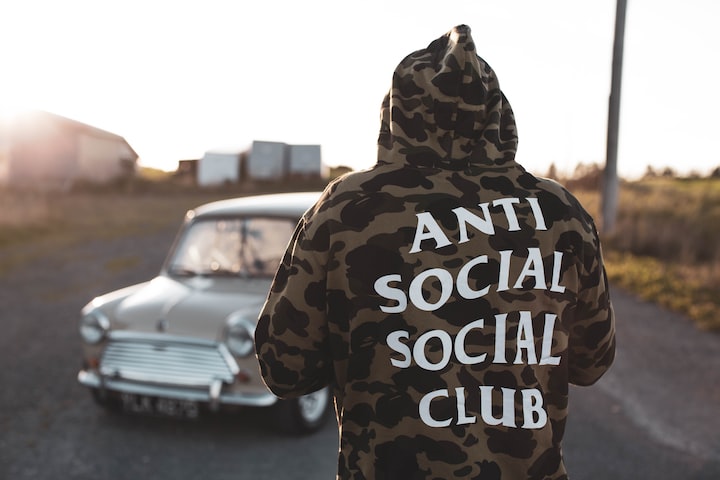 I’m the oldest son of a family of five. I have two younger brothers; each brother is four years younger than the next. I was born to a Russian mother and a Palestinian father in Izhevsk, Russia, but was brought up and still live in Gaza, Palestine.

I have a severe case of social anxiety that has crippled my day-to-day life for as long as I can remember. It was so bad that I could not even cross our front door to do some basic grocery shopping, and it would give me panic attacks daily that would inhibit even the most basic form of social or human interaction.

Every time a situation occurs that would bring forth attention to me, I would simply cease to function, and crumble into a stuttering, sweaty, heart-pounding, red-faced mess from the thought of how I will look stupid in front of them if I did something wrong.

Having severe anxiety is like having a looming shadow of judgment following you around, eagerly waiting for you to make the smallest mistake for it to strike with all its power to derail you from enjoying the present into the suffocating shackles of something that wants to ruin your future by showing the worst outcome of every situation that you will be in.

Anxiety-induced depression is like a heightened version of depression, where you are overwhelmed by a sense of ineptitude and emptiness. It’s as if you were standing on a beach, and the waves keep knocking you down, and no matter what you do or how strong you fight back, they will keep you down.

My whole life has been in greyscale, there have been highs in it for sure, but they don’t linger long, because the ruminating and questioning of how long will this moment last kills the moment for me, and thus the pondering of happiness itself drives me down a spiral and I’m hit with the lowest of lows, depression from my own happiness. Moments of happiness and jubilation seldom come to mind when reminiscing past experiences, but they do exist even if it is in spurts.

The physical toll that anxiety has on your body is devastating, and your heart is the main target, and your heart is somewhat important to keeping you alive, so having panic attacks pretty much on a daily basis will do some significant damage over time.

Some days, I have trouble breathing, sharp pain in my heart, and pain in my shoulder, neck, and back and I think to myself “this is it, this is how it ends. My anxiety got the better of me”.

Sometimes, the fear of not seeming anxious and acting normal in front of someone is what drives me to be anxious.

Going into social situations, I would always come pre-prepared with a set of questions and answers to run the conversation exactly as I want in my head.

Sometimes that is not the case, of course, an unexpected response will eventually come up, and everything in my head goes awry, and I think to myself "What? this wasn't in the script". I would then have to improvise and think off the top of my head for appropriate replies.

Most people close to me don't even know I struggle with anxiety, because over the years I have learned to hide it just enough to seem that I don't have it. When I told some of my best friends about it, they were genuinely surprised, as I have always hidden it behind excuses and cynical jokes.

Everyone I know seems to believe that I am just a shy guy, and to some extent that is true, any decent person would be shy about something, but being shy does not mean I don't know how to behave around people, or why my heart is beating out of my chest when I'm talking to someone.

The worst part about being shy and socially anxious is sometimes you want to tell people that you are one of these things, but your anxiety holds you back, and the social stigma combined with telling people that you are shy does the same thing, and so you are stuck in a tug of war of shyness and anxiety.

I absolutely loath when people tell me to calm down whenever I am anxious or on the verge to have a panic attack. It's like telling a person drowning to swim.

You are not really helping them by saying that, you are just adding petrol to fire, you are reminding them that they are in fact anxious and or about to have an anxiety attack. The best you can do is to just distract them and keep their mind busy long enough for them to be relieved and calm.

I don’t know exactly how I developed my social anxiety, but I always remember being a quiet kid and not having much to say. I remember my father came to visit my school one day, and the teacher told him that “he is a good kid, but I wish he was just more active in class”.

This was maybe in 4th grade, and my aloofness only grew as the years went by. Over the years, I kind of just accepted the idea that I’m the quiet kid, and that belief slowly became a part of who I am, even until this day. Social anxiety has continued to pour into my life ever since, and to wreak havoc and destroy what little potential my future had.

Come college, I studied English Translation, and honestly, those four years were a big blur in my life. It feels as though they were stolen from me. My father originally wanted me to become a teacher or a doctor, but those were not even an option back then due to my anxiety, so I resorted to studying something I knew I can easily get good grades at without trying too hard.

While trying to find a job on some freelance sites, one day my friend called me to meet up, and naturally, I agreed. Little did I know this casual call would be the changing point in my life.

He told me about a friend of his that was planning to start a startup company and was looking for someone to help him out, but because he was busy working, he referred him to me, a guy with no experience in work and with no connections that would help his soon to be burgeoning business grow even faster, “what do you have to lose?”, my friend said.

When I heard the offer, I just froze while my anxiety kicked in and my heart skipped a beat and thought about all the things I had to do and the many ways I can mess them up and how incompetent and worthless I will feel during all those business meetings.

To me, the thought of attending a business meeting with all those eyes on you just waiting to hear me talk was a nightmare, which made me say no to him at first. I mean, think about it, a random guy my friend knows wants me to basically run a company with him.

I was doing nothing when he asked me to work with him, so I repeated to myself the words my friend told me the first time I heard about this opportunity, “what do you have to lose?”.

The answer really was nothing. I had everything to gain and nothing to lose. Aside from work experience that I would get along the way, the real reason I eventually agreed to join him was knowing it would help me manage my anxiety by repeatedly interacting with other people daily.

Living in a strict eastern society meant I grew up not really knowing how to talk to women, so I try to avoid the opposite sex as much as I can as my anxiety grows tenfold anytime I’m around them.

Imagine my surprise when I found out that we were going to be working with several female influencers. My heart started beating faster at the prospect of working with them, but I persevered because I knew it was better for me as a person to build more connections and interact with more people.

Working with the females on our team was actually very good, and I soon grew comfortable socializing with them and making jokes around them, some things that I would never have done beforehand.

Socializing with women gradually became easier and easier as time went by. It was really the anticipation. The thought of how I will screw up somehow in front of them that made me nervous, but once I met them and spent some time with them, I grew to realize that I was the problem of thinking like this because they were actually fun to be around and it was only my mind playing tricks on me making me think that something bad will happen, but it never did.

Other than the personal benefits of joining the startup, I also co-managed the company with my friend’s friend, who is now one of my best friends even though I have only known him for a few months.

I spent most of the time there on planning, marketing plans, scouting and hiring influencers, managing filming the courses, and logistics, among other things. All the work that had to be done distracted me from overthinking about how hard it is to do the work itself, which enabled me to complete the work.

This was a lot of weight to throw on a person who barely has experience in work or management, especially someone that wants nothing to do with it, but I kept repeating those words, “What do you have to lose?”.

This entire experience was really a big turnaround in my life, and it was easily the most challenging thing that I have ever done. Nothing else comes close, and I live in a city that gets shelled on a regular basis.

Half Russian. Half Palestinian. Fully trying my best to make my way through life. I'm an English major graduate. I write about intersting stuff.

"Sometimes, it is the people no one imagines anything of, who do the things no can imagine"

More stories from Haitham Al-Bairouti and writers in Psyche and other communities.