by Casey Jones 10 days ago in addiction

Interview with a fentanyl addict 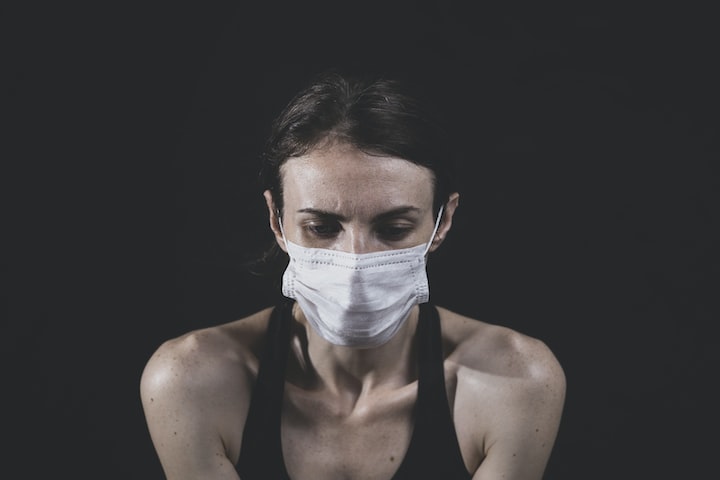 Lilian is a fentanyl addict living on the streets of a small town in northern California. She has been addicts to drugs for over 13 years and here is what she wants to tell us.

"Lilian tell me about what you have heard about fentanyl"

"I remember the first time I heard about the dangers of this new drug fentanyl, and how people were dying instantly from it because traces of fentanyl we're being found in the heroin that people were buying, but didn't know because you couldn't tell the difference."

" How did you and other drug users in your area avoid getting heroin that could cause you to overdose? "

"Every heroin addict on the street was worried about their usual bag of dope that they bought being tainted with this deadly poison, and many would try a tiny bit of it first or use a fentanyl test strip to determine if they had something even more potentially fatal than the heroin that they do everyday and could avoid overdosing."

"Are you afraid to overdose?"

"For most people addicted to heroin, many found out the hard way and lost their life, leaving families heart broken and destroyed, who still have no closure because the deadly drug that killed their child is still being sold in their neighborhoods and into the pockets of teens and kids all over the United States today. To answer your question, yes I'm afraid."

" What can you tell me about heroin that you want other people to know?"

"Nobody I know does heroin anymore. Everyone that I know who has been addicted and using heroin everyday, has changed their drug of choice. This started when the only heroin around had been cut with fentanyl, and the new name for the heroin was called Red Rock. There were so many deaths when this synthetic drug hit the streets and still has been taking the lives of many. This fentanyl is so strong and addictive that nobody wants to buy heroin or red rock anymore because it doesn't get anyone high anymore. Unless you had triple the am out of heroin that you did before."

"What is your drug of choice?"

"Fenynal is the new drug of choice on the street. It used to be really expensive, but because everyone is doing it now, it's become a lot less expensive. "

"What was the first memory of learning about people doing fentanyl by choice?"

"It wasn't long before I heard the news on the street that some of my acquaintances we're doing fentanyl straight. I was in shock. I couldn't believe that someone would want to do the very drug that has been killing people all over the world."

"Most people think addicts are trying to kill themselves, is that true?"

"Believe it or not, just because you're an addict doesn't mean that we want to die, although people like to believe that we are all losers who don't care about life. Unfortunately, no one wants to hear what an addict's point of view is."

"How can a doctor know the best way to treat an addict addicted to drugs without ever being able to understand what it's like to be addicted to drugs? Doctors seem to think that most of what we say are lies and only trying to get more drugs."

"Within the past 4 years, I've personally witnessed and experienced what it feels like and looks like, to watch a demon greater than heroin come into a town and start taking lives of innocent kids who never did drugs and decided to try it for the first time, to addicts who couldn't go a day without using or else they'd get sick. "

"How did you start doing drugs? Who were you before your addiction started?"

"HowI became an addict? My addiction to opiates began in my junior year in high school. I went to an all-girls Catholic school in Northern California, and was a varsity cheerleader, had good grades, and what appeared to be a promising future. Things were looking up until I broke my tailbone when I was dropped after being tossed in the air. I was the tiny and the smallest girl on the cheerleading squad, so naturally, I became a "flyer". From that day forward I was never the same and my behavior started to change. I was quickly prescribed liquid Vicodin instead of pills because I was afraid to swallow them. I was in tremendous pain and bed- ridden for 30 days, what seemed to be an eternity in the life of a high-schooler."

"I went from being addicted to liquid vicodin > norco> morphine> heroin > oxycontin >fentanyl within 15 years."

"Drugs can become addicting no matter who you are. I have learned that there are specific factors that take place which increases the likelihood of becoming addicted to drugs or alcohol."

After my interview with Lillian, a fake name to conceal her identity, I said goodbye and wished her the best, after I bought her lunch and some new clothes at the store down the street. She was so grateful and agreed to meet with me one year from today, to touch base about addiction and how it has changed. Although she wasn't interested in going to a recent center, she made a deal with me to meet her again.

My heart goes out to her and everyone who has been affected by fentanyl. It is a terrible problem all over the United states and needs to be addressed.

Here are some facts about drug addiction:

Environment – Like with many other disorders, drug addiction is also largely environmental. A person’s surroundings – including family, friends, home and neighborhood – can all influence their chances of drug addiction in some way. One example of an environmental risk factor is living in a low-income neighborhood where there is more access to drugs and alcohol, even at an early age. Other environmental factors include peer pressure, stress, physical and sexual abuse, early exposure to drugs, and lack of parental guidance or education about drugs.

Development – Both genetic and environmental factors correlate with a person’s critical developmental stages. For example, when a teen uses drugs in adolescence (when the brain is still maturing), the risk for disrupting brain development is high. Research shows that almost 70 percent of adolescents who try an illicit drug before age 13 develop a clinical addiction within the next seven years. Teens who use drugs before age 18, and even before age 25, are also far more likely to get addicted to drugs down the road. While people can get addicted to drugs at any age, children, adolescents, and young adults are at greatest risk due to their stage of brain development.

Mental health disorders – When an individual is struggling with a mental health issue – such as anxiety disorder, depression, ADHD, or schizophrenia – he or she is more likely to get addicted to drugs. Oftentimes, a person experiencing mental or emotional distress will self-medicate with drugs, in efforts to escape the pain or experience temporary relief. Trauma and Post Traumatic Stress Disorder are others.

The stages of addiction

Watch this video to get a better understanding of Fentanyl addiction.

to get a better understanding of Fentanyl addiction.