Habits of Extroverts that Introverts Hate the Most (Part 1)

by S Saleha 9 days ago in humanity
Report Story 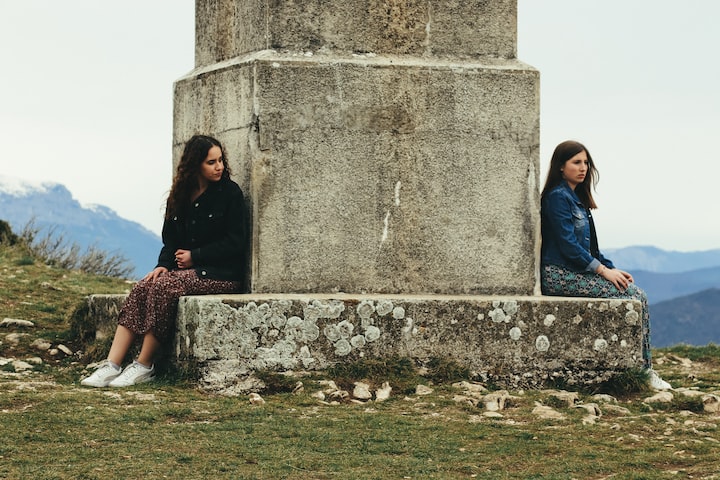 Extroverts and introverts are people with quite contrasting personalities, so they often oppose each other because of dissimilarities in their viewpoints, regulations, and priorities. Some individuals think that introverts and extroverts are as opposite as black and white colors, while others accept that introversion and extroversion are two ends of a spectrum which means that people can behave like an introvert in some situations and like an extrovert in others. Although they’re living on the same planet, making friendships, and working together, the competition still happens because they suppose misinterpretation and mistreatment by each other.

There are several manners of extroverts that introverts don’t like.

Introverts are alone butterflies who love peace and silence too much. They can spend the whole weekend at home without meeting anyone. On the other hand, extroverts are outgoing people who enjoy parties and hangouts. Introverts need alone time to rest and make their senses recover after an extremely exhausting day. Extroverts think silence is awkward and boring; life is fun when talking to others, so they always try to break the silence by starting a discussion which most introverts don’t like because introverts hate to open up, especially to a crowd.

Introverts desire silence, while extroverts spoil it willy-nilly by playing loud music or beginning small discussions. No matter introverts also like music, most of them use earphones. There is nothing more vexing for an introvert than detecting, an extrovert trying to involve them in a conversation they don’t like to talk in.

Introverts never interfere in someone else’s matters without the person’s consent and expect the same from others. Being private people, introverts cherish their personal life too much. They save a lot of secrets on their phones, on notepads, or somewhere. Individuals with extroverted personalities are kind of blunt people; who sometimes are guilty of intruding in the privacy of others without their permission. Whenever extroverts attempt to attack the personal life of introverts; introverts feel violated and get angry because of a strong feeling of offense.

Private life has great importance in anyone’s eye, but introverts are a little more serious about it. When someone attempts to speculate the passwords, and scan their notes without their concern; they feel violated. They can barely sense the reason behind the habit of extroverts disregarding someone else’s privacy. They see extroverts as guilty of playing with their feelings and expect an apology from them. Introverts don’t know to respond in awkward situations, such as extroverts getting too physically close to them, borrowing their cell phones without requesting their approval, or even asking them very confidential questions; introverts simply hate all that.

Extroverts are highly candid when it comes to speaking their emotions; about a specific topic. However, sometimes they go overboard intentionally or unintentionally, making introverts too irritated. Introverts don’t speak out until they’ve been asked about something, so they find it awkward when hear extroverts yelling commonsensical unnecessary statements without being asked. A large population of introverts remains silent until someone calls their attention and asks for their opinion. Introverts see those people as embarrassing, who voice their thoughts and feelings even when it’s meaningless to do so. Extroverts are outgoing, confident, and high-spirited individuals who like to tell everything about themselves. They think there’s nothing wrong with being vocal, although there’s nothing wrong as long as it doesn’t disturb anyone or take too much of someone’s time.

When someone behaves straightforwardly toward extroverts, they get furious and violent. But, they do the same with others, and introverts hate that behavior by them. Introverts always struggle and get irritated fast after someone gets too frank with them. Sometimes extroverts are insensitive enough to call a person out without even overlooking the amount of solitude a person needs. This action can directly insult anyone; not only introverts but also some extroverts don’t like this behavior. Many extroverts are not able to control themselves; they hardly stop themselves from laughing at the mistakes of others in a crowd. Introverts are reserved individuals who get too embarrassed when someone mentions their insecurities in public. These situations are harsh enough to inflict emotional pain on them; however, for extroverts this is normal. Most of the time, introverts try to avoid socialites who don’t change the way they speak about others so bluntly in public.

Disclaimer: The story's already published on another platform.

Just another writer trying to write a viral story.

More stories from S Saleha and writers in Psyche and other communities.