Grooming is More Pervasive Than We Thought

by Cynthia Bord 6 months ago in humanity
Report Story

And even the powerful are not immune. 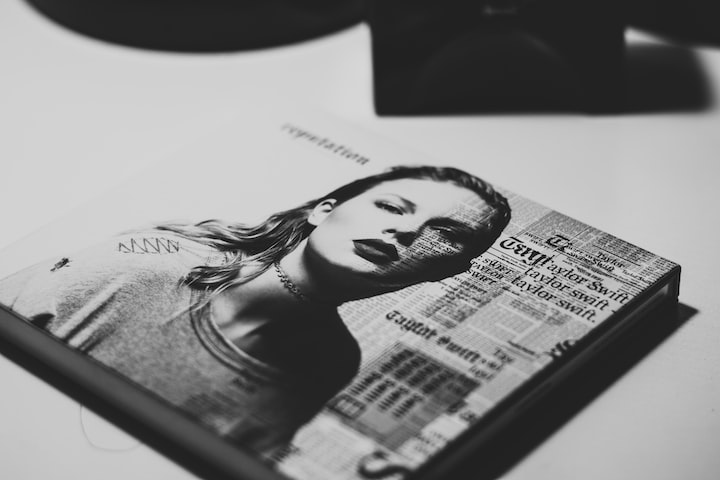 Photo by Raphael Lovaski on Unsplash

I knew a medium-ugly boy who was 5 or so years older than me. We met through a beauty pageant with a minimum entrance age of 17 for contestants. This older boy began to date one of the youngest contestants in the pageant shortly after the event concluded. At the time, I saw the young girl as a little sister. She hadn’t even turned 18 yet. And here I was 3 years older than her. It was a large age gap that was both unethical and illegal considering the imbalanced power balance. It was the equivalent of me dating a 13-year-old at 21.

Excuse me while I throw up in my mouth.

When they began dating, all of the older boy’s friends (including me) looked at him with caution. And wariness. Do we know who this guy is? Why did he feel at all comfortable engaging in a romantic and sexual relationship with a girl 8 years younger than he?

Only even being 3 years older than the young girl, I saw her as a child. Did that not essentially make him a pedophiliac?

My friendship with the older boy didn’t last long after. Not just because I was disturbed by his tendencies, but because the older boy and young girl never seemed to leave each other’s side. Their relationship was extremely dependent. I could never seem to only spend time with one, without the other “showing up” with no warning. He seemed to appear not just at my hangouts with the girl, but all of her events with her friends. He seemed to do it out of control, whereas she did the same but out of insecurity that he would develop stronger relationships with other girls.

As a friend, it was draining to see the toxicity in a clear grooming relationship and not be able to do anything about it. Ultimately, it led to the end of the friendship. The expectations from just the friendship of being able to respect boundaries and trust what you are walking into a social hangout were abolished. I can imagine this was not different within the relationship between them.

Watching them is reminiscent of almost every grooming relationship I have ever witnessed or been a part of. Throughout the length of the relationship, the younger girl always blossoms into a strong woman. She is growing and thriving all the while. The old boy never changes. They remain unemployed or in a low-paying, unstable job that society does not prize. In some blaring way, they simply lack compared to other men who are the same age. Their romantic pairs’ age does not change regardless of which girl they are predating on next.

“I’ll get older but your lovers stay my age” -Taylor Swift, All Too Well

When I was in college, I was groomed by a 30-year-old boy. He was unemployed, had cystic acne, and was emotionally stunted. He guilted me into things that I didn’t want to do, but did because I thought it would please him and give me his approval. Now, I know he never held those things and I never needed them from anyone, much less a manipulative, incompetent boy like him.

But 5 years later, I think back and realize how absurd the situation was. If I looked at a 15-year-old the same way that older boy looked at me, I honestly would feel like a pedophile. And on a romantic level, there would simply be too much immaturity for me to even consider investing my time or work into a younger boy or a relationship.

Man, I should’ve kept some barf bags handy writing this.

When you google grooming, pictures of fluffy pets come up who are being combed through using beauty salon tools. The type of grooming here is much less cute and much more insidious.

Grown men engage in romantic and sexual relationships with young women, often for the first time in the woman’s life. Usually, there is a huge power imbalance because there is at least an 8-year gap between the man and girl. The old man is using their experience over the young woman to manipulate her into doing things she does not yet have developed the voice to object to. This brings up serious concerns around consent. If the young woman does not have the space to object to romantic or sexual advances by the older boy, then are the acts are effectively sexual assault.

In college, posters citing that 1 in 3 women are sexually assaulted hang behind bathroom stall doors.

Call this number if you need help, the poster would say.

This closely aligns with the statistic that 1 in 6 girls are groomed. Because they are doing sexual acts out of getting approval from the older boy and not wanting to perform the sexual acts, then the older boy is committing the crime of sexual assault because he knows that he is manipulating the young girl using a great power imbalance instilled by the experience he has gained over her.

Jake Gyllenhaal, probably the internet’s most hated man right now grooms a series of young girls all in their early twenties over the last 10 years. Jake was Taylor Swift’s boyfriend ten years ago when he was 30 years old and she was 20 years old.

As documented in Swift’s music video All Too Well, Jake manipulated Swift by gaslighting her using the unmistakable power imbalance perpetuated by the enormous age gap between Swift and Jake.

Many viewers and fans of Swift sobbed while watching the music video. The experiences put across by Swift to music video viewers are unfortunately universal.

The older boy will use manipulative tactics to mold the young woman into what he wants her to be in a relationship against her wishes of whom she wants to make herself become.

These characterizations that he will actively develop in her will only benefit him. Any behavior that involves her independent growth besides things that personally favor him will be discouraged. The younger woman is then actively conditioned romantically, sexually, and/or socially so that all things that she does while in the relationship are stacked in his favor.

He’ll admonish her for being clingy, gaslight her for needing attention, and accept nothing less than her complete devotion to him. This can look like yelling at the younger woman for expecting a good night text or wanting a text if he doesn’t answer her call. It may also look like the older boy shaming her for dressing in something that she likes that will gain any attention from other men who are her age. This further reinforces unhealthy relationship tendencies and poor boundary setting in an impressionable young woman in an early-life romantic or sexual relationship.

Controlling how a woman dresses or who she spends her time with comes from insecurity on the old boy’s side. If the younger woman exposes herself in any way to the affection of men her age who treat her as she deserves then the old man now has no chance. Because the curtain has been pulled back and now she knows how she deserves to be treated. The old man also cannot get into committed relationships with women his age because he is immature, unable to accept that he does not have control over his partner, and likely is unemployed.

Compared to the now-grown woman over the life of the relationship, the old man never becomes more emotionally intelligent or financially successful. It speaks to why women who are the old man’s age never choose him and the old man has no choice but to prey on young girls. Because he simply is not up to the standards of women who have developed a strong sense of self and will be damned if she let an unemployed loser take her crown by making her feel less than.

It comes down to the old man being a coward and knowing that they can choose their opponent, a young girl who has not learned the skillset of standing up for herself yet, and beat them down before they’ve even swung.

The society actively makes young girls think that a relationship in which the old man is significantly older than the young woman is acceptable.

In reality, it isn’t.

I recall telling my then beauty pageant friend that there was something odd about the age gap between him and his girlfriend who was a minor at the time. And though the talk ended in an “agree to disagree”, I later recounted it to my brother. My brother responded that I shouldn’t have told my friend that. That it wasn’t my place. In response, I went off on him. Because it wasn’t just immoral to have a relationship with a young and essentially emotionally defenseless woman, but it was also illegal. Because if not me, then who? My brother seemed to get the message after that.

We as a society need to stop thinking a big age gap means that the old man has won. Or view the young girl as a trophy who simultaneously is the evil woman using him for his money. Most of the time, in a grooming situation, the old man has no money. That’s why he needs to predate on the younger woman.

The older boy knows what he is doing when he is significantly older than the young girl. The old boy is using the young girl for her body and her innocence. There’s no other argument. He holds the cards and she thinks it’s love. And all the while, the old boy I destroying her sense of self and security, just to move on to the next young girl.

Because younger women do not yet have the experience to avoid creepy, old men who have absolutely nothing to offer except abuse and the illusion of what the young girl’s idea of love is.

More stories from Cynthia Bord and writers in Psyche and other communities.