Grinding in the Dark 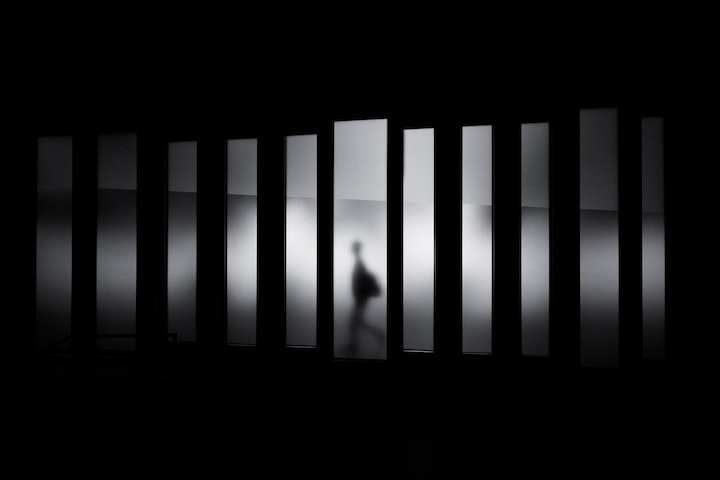 Photo by David Werbrouck on Unsplash

Grinding in the dark. It sounds dirty, perhaps even a little enjoyable to some… To most, it may seem like you have something to hide. I’ve had all of the above reactions from my peers and more when I share my view on the subject.

Now if you think I’m talking about getting hot and heavy under the covers, sorry to disappoint! What I’m talking about is something very different. When I think about grinding in the dark, I’m thinking of the daily grind, our career ambitions, our relationship goals, what we want out of life. So, get your mind out of the gutter, and take a ride with me down the rabbit hole of what, to some, might seem like quite a controversial opinion.

Before I go on, I want to first state that I believe telling others about your goals can be very helpful. Mostly because when you set a goal and tell others about it, you become accountable to someone other than yourself. Studies have shown that we’re much more likely to put in the work for something that we want when we say it out loud. I also think that it’s a blessing when you have a good support network around you who share the group consensus of bringing each other up, rather than pulling each other down.

It’s better for everyone’s mental health and ability to thrive when we look at our peers’ accomplishments with admiration rather than holding resentment towards them. You have to pick your group wisely however because not everyone is as happy for you as they would have you believe. You’d be surprised to find out how many people are secretly hoping you’ll fail! Although this is very much a them problem which signifies that they might be unhappy in their current situation, it’s not an environment that you’ll want to stay in for long. Therefore, it’s pertinent to think about how much you say in certain circles.

There is another reason to watch what you say, one that will almost definitely frustrate you at some point but could ultimately benefit your life in the long run. It’s one of the main reasons I grind in the dark a lot of the time.

A little background about me: during my teenage years, for the most part, I was surrounded by peers who tended to withhold any kind of affection from me unless I was in some way useful to them. It changed the way I related to others. If I enjoyed someone’s company, I would endeavour to make myself as useful to them as possible, terrified by the idea that if I switched off even for a moment, they would drop me. Conversely, I would make myself as low maintenance as I could, unable to ask for help with even the simplest of problems. I lived to serve and the kinds of people who were drawn to that behaviour would only encourage it. This is not a way to live. Any decent relationship requires a healthy amount of give and take.

There came a time when I’d had enough of treating myself and allowing others to treat me as if I was worth less than. I began to grow and evolve mentally, which gave me the urge to weed toxic individuals out of my life, as well as take stock of my own toxic traits. Whilst human psychology shows that we automatically seek out what benefits us – it can actually be a very healthy mindset to have – I wanted to find people who liked me for my company, not what I could offer them.

When I got a promotion at work, I was perplexed by how many people who had never spoken a word to me before, started making conversation with me as if I were a long-time friend. On the flip side, there were those who I talked to almost every day who suddenly stopped speaking to me. These people who had stopped talking to me seemed genuinely surprised when I struck up a conversation with them. Change of any kind, particularly when it comes to perceived success, can play havoc with the psyche. Although this is all something which is incredibly normal in our daily lives, we can often feel unprepared or even blindsided when it comes to fruition.

Back before the Coronavirus Pandemic, I worked on a theatre show with a very reputable company. The team were incredibly creative and intelligent, but they were also humble and approachable. I felt completely comfortable with them from day one which afforded me the space to think and speak freely without censoring myself. I’ll always remember sitting in the rehearsal space and one of the artistic directors of the company acknowledging humorously to another member of the team that this team member's ‘face was probably the only ticket they’d need to get into any venue’. Whether or not it was simply an ironic joke, the team member in question had never let on how popular they were around the theatre scene. They hadn’t behaved as if they were bigger or might’ve had more experience than anyone else and were one of the nicest people I’d worked with. They let their work speak for itself. The moment stuck with me.

Although in the creative industry it is important to be able to promote yourself, it’s often the case that not much can be gained by constantly bragging about your accomplishments in your daily life. I took the lesson that I’d unknowingly learnt on. With this advice comes a warning. You will get frustrated and certain people who don’t believe you have anything to give them may, at times, treat you poorly. This is a blessing in disguise because, as I found from experience, you do not want these kinds of people in your life. Since I’ve put this lesson into action, I’ve become a lot more effective at weeding out toxic individuals. The people I’m friends with now bring me so much joy, and I hope I do the same for them. We’re with each other through thick and thin, sympathetic when life gets hard for the other person and genuinely happy when things go well.

Watching what I say has made my life infinitely better. I may have lost a few people who I’d thought I was close to along the way. I may even have had moments, during times of ill or dismissive treatment by those who were only seeking out what I could offer them, that I’ve thought of packing it all in. But I’ve come to realise that I do not need to perform or sell myself for anyone’s respect. You don’t need to either. The only validation you truly need is your own. Focus on yourself, let the rest come later.

I hope you enjoyed reading this article as much as I enjoyed writing it! If you did, feel free to like and subscribe.

In this article, we've more or less learnt about two types of people. But variety is the spice of life! If you would like to read more about different kinds of friendships, check this article out about friendships in Arab culture:

If you would like to continue the conversation, you can find me over on @OptimismWrites. Or you can comment below!

Writing on a variety of subjects that are positive, progressive and pass the time.

We're here for a good time AND a long time!

More stories from Outrageous Optimism and writers in Psyche and other communities.