by Shawn Daring 7 months ago in humanity 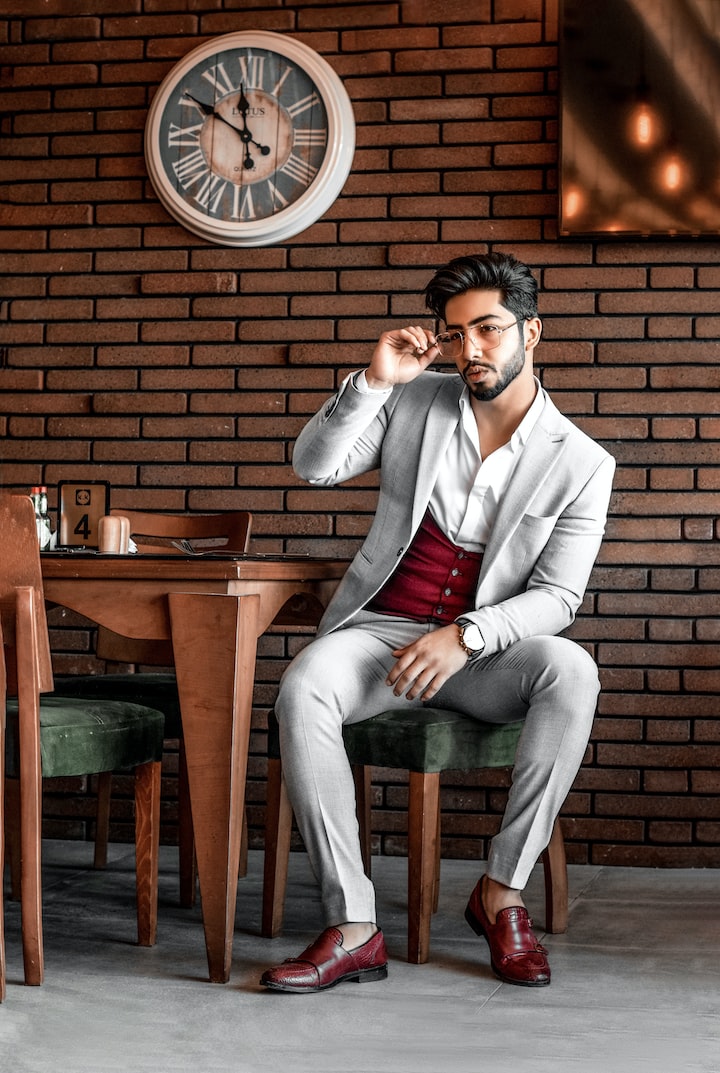 Photo by Pedram Normohamadian on Unsplash

Hold the door, offer your jacket, say please and thank you, buy her flowers. Put a napkin on your lap, never eat the last slice of cake, know the difference between your soup spoon and dessert spoon. Never ask a woman her age. Don’t just ask how her day was, listen to what she says. Give up your seat on the metro, treat those in the service industry with respect and dignity, walk her home, never leave the party without thanking the host.

My mother did her best to raise a gentleman. But it wasn’t until I was 18 that she told me the most important one. A yes is a yes. A no is a no. And a drunk yes is still a no. I’ve forgotten to hold the door, used the wrong spoon, missed my “pleases” and “thank-you’s”. But I’ve never broken this rule.

And I used to think that alone made me a good person.

She was at a Halloween party in New Haven in 2015. As the lawyers would later point out, she was wearing a “promiscuous” costume and had drank one or two or three too many drinks. She had exchanged text messages with Saifullah Khan, an acquaintance of hers, throughout the night. He was raised to walk a woman home too; he went back to her dorm and held her hair up as she vomited. And then he got into bed with her. That was the tipping point for me. You don’t get into bed with a drunk girl, ever. The used condoms on the floor and unexplained bruises sealed his fate.

At least, it should have. Mr. Khan was acquitted of all charges and in interviews the jurors talked about how the #MeToo movement had gone too far.

But there are never just two people at a Halloween party. Did the host not notice this girl had gotten way too drunk? Did nobody amongst the crowd of cats and superheroes and cowboys and aliens see this girl being carried out by a man? Did her friends not wonder where she had disappeared too? Did none of the girls in her dorm see this man go into her room?

Jordan, my RA first year, will only be a year older than us. He’ll want to be our friend and skip over most of the, in his words, bullshit he has to read to us about not hanging up hooks on the wall and respecting quiet hours and the rules of the roommate agreement. He’ll sum it up with “just don’t be a dick, please” and then beat all of us in darts and order cheese pizza. But the one time he’ll be serious is when he talks about Title IX. And he’ll also say the detached, vague language he’s supposed to use is bullshit and tell us to look out for our friends when we go out drinking and make sure everyone gets home safe and download Find My Friends on our phones and that we can call him even if it’s 4 AM. He’ll say that a Yes is a No if she’s drunk or high and explain that a girl being polite doesn’t mean she likes you. He’s sure we already know this since we’re all “good dudes.” He’ll tell us to look out for people who aren’t our friends too, to look for the signs and cause a distraction to avoid confrontation. Jordan told us about the time he was at a frat party and saw a guy leaving with a drunk girl. It could have been her friend or boyfriend, but he wasn’t sure. So, he pointed and yelled “Happy Birthday! It’s his birthday!” and dragged him to the center and everybody sang happy birthday while he went to talk to the girl. My RA was a good person.

Our school will try to teach everyone this lesson, but it will still be bullshit. They’ll pack us all into the basketball stadium and hire some middle-aged professional who will read off a script and try to make pop culture references. Sexual assault perpetrators will be called red dots and people like Jordan who look out for others will be called green dots. The presenter will talk about the importance of green dots in keeping everyone safe and talk about strategies like “maintaining awareness” and “going with your gut-instinct” and “reaching out for help.”. Except he’ll never say the words “sexual assault” or “harassment” or “rape” or “consent.” The people that don’t do anything won’t be called green dots. But he won’t say they’re red dots either.

And when I really start drinking, I won’t be able to look out for my friends or my not-friends because I’ll drink so much I’ll barely be able to speak clearly. I’ll be lucky enough to have good friends who will make sure I get home safe. When they’re walking me back multiple people will ask if we’re okay or need any help. I’ll be lucky enough to know that even if I didn’t have friends who were good people, I wouldn’t be in that much danger anyways because I’m a guy.

Even after a full semester of statistics and business and economics and political theory and computer science classes I’ll have this narrow, heteronormative worldview. 26 percent of gay men and 37 percent of bisexual men experience rape, physical violence, or stalking by an intimate partner. My friend would have been part of this statistic if a total stranger hadn’t come up to him and told him he’s pretty sure his drink got roofied. Like most things in this world, the archetype of a gentleman is heteronormative and imagines men only want to court women. It’s an exclusionary definition and most “gentlemanly” things are just “decent human” things. You should offer anyone your coat if they look cold and hold the door open for everyone. Does it really matter what spoon you use? I bet Khan said he was just being a gentleman when he took that girl home. I wonder if he thought being a gentleman made him entitled to sex.

I’ll get one more semester, this time with French and English classes too, and officially begin my aWOKEening. But sadly, the one rule of being a gentleman I can’t let go of is looking your best. People will take you more seriously and give you the benefit of the doubt. It’s simply a lie that looks don’t matter. They can project rank, power, money, intelligence, and class. Things that can make people think you’re a good person and protect you if you’re a bad person.

When Stanford student Brock Turner raped an unconscious woman behind a dumpster on campus and stuck pine needles in her, he left DNA evidence linking him to the crime. Though not his first assault, his guilt could be proved beyond a reasonable doubt, so he was convicted and sentenced to six whole months in jail. He was let out in three for good behavior. Coverage of the rape called Brock Turner an All-American swimmer, talked about how he had a bright future and could have qualified for the Olympics, and how drunk he was when the rape happened. I guess she was completely sober and had no future: they only referred to her as “unconscious intoxicated woman.”.

Two other people in this story remained nameless: the two students riding their bikes who saw Brock Turner behind the dumpster and chased him and tackled him and called the police. During the trial she said she loses sleep when she thinks about what would have happened if those two guys hadn’t showed up.

Sophomore year I’ll abandon business and switch my major to public policy after an amazing class taught by an amputee landmine survivor who fought to demine the middle east and demanded human rights for disabled people in the developing world. I’ll tell myself I want to change the world and fight for those who can’t fight for themselves too. I want to be a good person. And I’ll realize I can start right now.

I know, I know. Nobody wants to read another piece by some heterosexual white guy mansplaining about how he discovered that rape culture was a real thing and wants to be a savior. But I’m not white. And I hope you’ll listen to me, because I’m not done. I haven’t talked about the worst type of evil yet.

Everybody wants to do something a little fun, a little grown up, when they’re about to graduate from high school. For best friends Jeremy Strohmeyer and David Cash Jr., this was to go to a casino, a place that was undoubtedly grown up. A place where Sherrice Iverson’s father thought it was okay to leave his 7-year-old daughter unattended . A time when child molester hysteria hadn’t quite set in yet so nobody really noticed when Jeremy Strohmeyer followed Sherrice Iverson into the women’s restroom. Nobody noticed when he forced her into the handicapped stall and locked the door.

I wonder if she felt some relief, at least momentarily, when David Cash Jr. walked in and peeped over the stall. I wonder what David Cash Jr. thought when he saw his best friend forcing himself on a 50 pound eight-year-old girl. Whatever he thought, he did not do anything, say anything, or call for help. He walked away. Jeremy Strohmeyer snapped Sherrice Iverson’s neck and then told his best friend what he did. Then they enjoyed the rest of their night.

And David Cash Jr enjoyed so much more. He was not tried as an accessory despite the mother’s wishes. He told reporters he was smart and was going to make money off of this and that he’d already been approached by a movie company. He said he felt bad for Sherrice Iverson and her family but wasn’t going to lose sleep over this because he didn’t know them personally. He did know Jeremy Strohmeyer, and did lose sleep over losing his best friend who helped him through AP English. He graduated from UC Berkeley with a degree in nuclear engineering despite calls for his expulsion. He also claimed the media coverage helped his social life and made it easier to sleep with women.

I tried to find him on social media, wondering if justice was ever served in one way or another. There are multiple websites, reddit chains, and Facebook groups trying to find his employer and address. But, if he’s half as smart as most engineering students at UC Berkeley, I’m sure by now he’s changed his name, moved far far away, and started a new life.

David Cash Jr. didn’t rape Sherrice Iverson. He did not commit any crime.

All he did was kill her.