by Bubbii leigh about a month ago in treatments 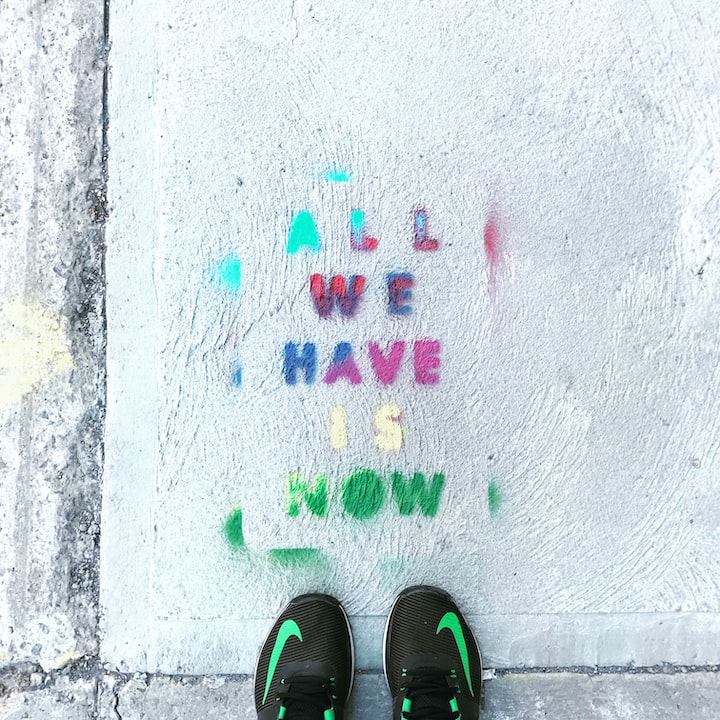 Photo by Mikael Cho on Unsplash

I am 35 years old and I have struggled with my emotions and many Mental health disorders, my entire life. My first Diagnosis was when I was 10 years old.

Growing up with my two bio sisters and one foster sister, all older than me. We lived with our Bio parents except they where foster parents too.

I was young, and it was the year, 1994; the family had a lot of death including a family member being murdered. I lost a cousin, grandfather and 2 uncles. I was in grade 4, due to the family deaths I missed alot of school and when I did attend, I was bullied a lot. This is one reason why I always struggled with relationships. Not only with making friends but also family members.

2020 has been a hard year for not only myself, but other people as well. This is something I very much acknowledge. This year I have dealt with death in the family and also continued relationship breakdowns and emotional disruption. I have lost my cousin, where close; since teenage years, we did not see much of each other; living 400 kms apart. And as we reached adult hood she found her self getting in trouble with the law and getting locked away a few times. She struggled with her demons as I did. Her outlet was drugs and the street life. Mine was to withdraw and take my emotions out on the ones that are closest to me. She passed away in April of this year (2020), leaving behind 3 children and so many that loved her, regardless of her flaws. Following her death, my grandfather died, my PaPa. It took him quick. At the beginning he slowly got worse, but he was to suborn to except help to maintain his house or his health, relying on his children. He spent many of days; than weeks in and out of hospital, til he finally went into a home where it took him fast. It only took approximately 5 months for this man, I call papa, to die. He went from a healthy 79 year old man, that played bowls and loved to travel, to a man that become so weak and frail that the cancer not only effected his lungs but his heart as well. He passes in October (2020). There was no more weekly face-time calls, there was no more advice on family relations and the wanting and needing for him to be here, was a constant heart wrenching feeling.

Due to the constant family breakdown and tension and my PaPa no-longer on this earth this was my turning point, he was the glue that kept me going. His passing was when I had enough. I had reached the end of my rope, I had gone as far as I could with managing my mental health on my own, and as far as I could go with the family breakdown. I found the medication and Cognitive Behavioral Therapy was no-longer working. At this point I knew I was in need of physiological help, quick; as I found myself becoming very manic, lashing out, panic attacks from my anxiety and withdrawing from my own children and husband.

I have 1. Post-traumatic stress disorder (PTSD), 2. Bipolar disorder, formerly called manic depression and 3. Anxiety disorder, 4.Restless legs syndrome (RLS), also called Willis-Ekbom Disease and 5. Borderline personality disorder Also called: BPD, emotional dysregulation disorder. I am medicated for these diagnosis. But at times, my medication do not work. My head would be racing like a freight train, I would get flashback and this can be set of by many different thing ,eg a smell or something seen. I would double and tipple question my decision I make. I would have panic attacks at any given moment, relying on Valium in order to be able to function.

Eye movement desensitization and reprocessing (EMDR) allowed me to access memories and feeling that where buried in my memory bank that I didn't relies was there, made it clear as to why that particular memory come to me during the season. The emotions that come with with memory flashbacks was as if I was actually back in that time. One memory started that allowed another memory to follow in and than the next memory come and the next and so on.

The emotions attached to all the memories where different and brought some anxiety with them. These memories didn't relate to one another, they where not connected, rather they related to the emotion that come with them and the reason for that emotion. All leading to one conclusion. "Wanting to feel as I belonged, I was loved and I was not abandoned'.

Something that I have struggled with for many years with family and friend relationships and breakdown. Eye movement desensitization and reprocessing (EMDR) allowed me to understand why I had the feelings of hate and mistrust, these feeling of wanting to belong, wanting to be wanted, feeling empty inside and alone,wanting to be accepted but most of all not wanting to feel like I had been abandoned. EMDR made me relies those feeling where not mine to own. Those feeling where Hers/them. They are hers/them to own and accept. She/them is the coarse of these feeling, for what reason she/them had to make me feel like this over 35 years is unknown. I question if she will ever face her/them, own demons and accept her/them responsibility, for ?.

Loosing my PAPA was my turning point for the better, although his death was a very hard situation but with the help of Eye movement desensitization and reprocessing (EMDR) therapy, I have overcome emotions that have been haunting me. I have completed two sessions in a one month period. And the emotions and feeling I had are no-longer attached to her/them. I have accepted that, its not mine to own. I am able to speak and communicate with her/them, without falling apart, crying and being filled with anger and hate.

I will never loose the memories, they will always be with me. They are memories. "Photo's"

What I want have, is the feelings that comes with those memories, that made it very emotional and hard to process as did the people in those memories. "Photo's"

I will continue to have further sessions of Eye movement desensitization and reprocessing (EMDR) therapy, a lot of memories to go over in 35 years. I am unsure of how many more I will need. But I am one hundred percent in. It was the best choice I have made and that was to undertake EMDR.