by Suzie Wargo Lockhart 15 days ago in anxiety 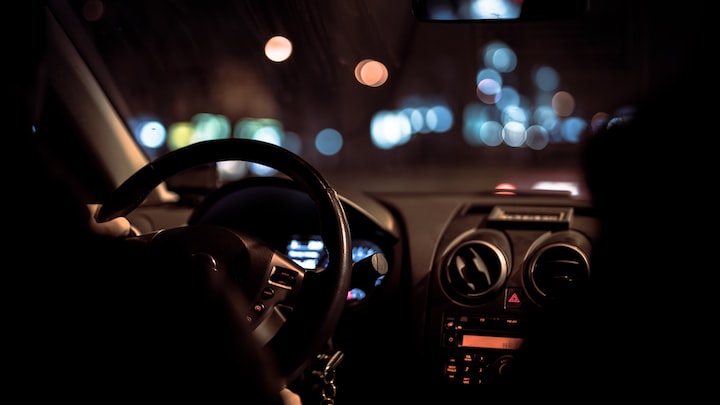 Photo by Vladimir Proskurovskiy on Unsplash

Close to two years ago, I broke my own rule.

That rule was to never make ‘couple’ friends. You know what I am talking about, right? You are in a relationship…certain it will be for the long run. Inevitably, the pair of you meet another couple your age. They share similar ideology and are fun to hang out with.

You fall into a routine…

Anyway, next thing I know, here I am at their wedding, trying to be happy for the new Mr. and Mrs. Perhaps I could have gotten through, pretending to be happy at the reception. But when your ex, however, is at the same wedding and the same reception, and has very clearly moved on…well, that stings.

So, although I had planned to stay for the toast and then make my exit—because not only was I feeling miserable, but ‘our friends’ married in their mutual hometown, a town I could not wait to escape from—instead I ended up having a drink at the bar. The bartender listened to my sorrowful tale, so I had another.

I was by no means intoxicated by the time I left, but was not what one would consider sober, either.

Fall was upon us in full-force, and the sky was quickly darkening…which got my heartrate up. I wanted to be back to the nice hotel, tucked in their nice bed, closer to the city.

My muddled mind told me I knew the way, so I didn’t turn on the GPS on. I tucked my phone away in the console and made the left, right, left… Next thing I knew, I was traveling down a long stretch of road with nothing around, except miles of more nothing. I stubbornly kept driving my SUV down the road, instead of turning back… No, I not only was wary of the area surrounding where their ceremony had taken place, but I certainly was not chancing a run-in with the ex, just so I could look like a fool.

You can imagine my relief when I spotted a gas station with a small convenience store. I didn’t need gas, so I pulled into a spot near the store, and went in for some Excedrin, Tylenol, or whatever pain-reliever was available. I thought briefly about asking for directions, but a local who did not seem very friendly, giving me the once-over, rang me up. I muttered something about the wedding and grabbed the bag with the medicine and a bottle of water.

Once back inside my new SUV, I sank against the leather seats and downed the pills.

I turned on a CD and headed back to the nowhere road.

I hadn’t realized a car was behind me.

Stuck in an area already causing me extreme discomfort left me wondering if I should make a U-turn and head back to the small store, grit my teeth, and ask for directions.

Or get my phone out and turn on the GPS! Apparently, the drinks had dulled any good common sense…

I fumbled in the console for my cell, only taking my eyes off the road for a second. But when my head straightened, I saw flashing red and blue lights behind me.

It was an unmarked car, and from what I could see, only one officer was inside…the driver. Weren’t there usually two? I wasn’t sure.

Numerous scenarios went through my head, none of them good.

If you noticed, there was no mention in this little story of whether the character was a male or female. What about the surrounding area making the character so uncomfortable…? Was this a black male in an all-white area, a white woman in an area that was mostly African American? A white male? An Asian woman? Any combination of race, gender, or sexual preference could be inserted. Imagine being a woman alone, uncertain if the driver of the car behind was truly an officer of the law…or a black man scared of saying or doing something that would get him shot…?

During this time of extreme racial and political tension, I want YOU, the reader, to think long and hard about how the story ends. Walk in another’s shoes…

You get to decide what happens.

Now tell me…how does it end…?

Suzie Lockhart hopes to bake cookies and tell bedtime stories as well as her favorite TV character, Carol, played by Melissa McBride on TWD. Until then, she w/b writing a YA novel w/ son, Bruce Lockhart. amazon.com/author/suzielockhart