Edge of the Abyss

AG
by Avery Graycastle 4 months ago in depression

What lurks behind the mask of depression. 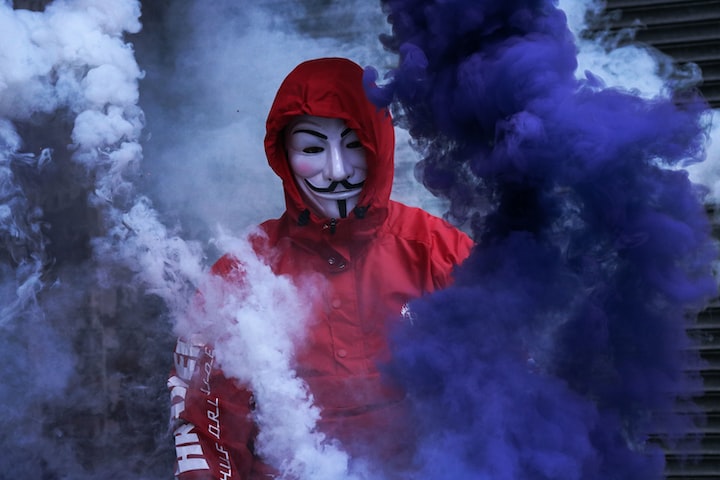 Photo by Tom Roberts on Unsplash

I have spent my entire life fighting with anxiety, depression and PTSD. One thing I have discovered, most people do not understand what it is like to live your life behind a mask. Those of us who suffer on a daily basis with mental health issues must wear a mask every single day. We must pretend to be wired the same as the rest of the world in order to succeed in a world that was not designed for us. I am writing a series of short stories illustrating what life is like for me in the hopes that someone benefits from understanding what life is like with mental illness.

Lead, everything felt like it was weighted with lead. It hurt to move; the searing morning light burned a blinding path straight to her head. Trash littered the floor, the only thing visible. Get up! Gotta get to work. The voice half whispered; half shouted amidst the mind-numbing hum. Exhaustion tugged at every fiber and the bed sang its siren song. One foot moved. The world crushed in tighter. Clothes slipped over skin and impossibly heavy limbs fell. The other foot moved. Concentrate! One foot in front of the other.

Darkness wraps everything in a thick coating, dulling sound, blunting senses and dampening feeling. Sounds are too sharp, painful but take too much energy to respond to. Avoid them…they won’t care anyway.

The sinister voice seduces, barbed words wrapped in silk. Put on a smile. No one cares. The voice spoke a painful lie, but still the pressure climbed. Retreat lay bare as the only option. Brown eyes greeted the mirror from within their flesh prison and the mask slipped on. Were those cracks? Was the pain leaking from the carefully constructed mask?

The room was silent, dark for a blessed few moments. The baleful staring eyes replayed in her mind. They watched, just waiting for her to slip…just praying that she fell. One by one the seats filled. Was her voice a little shrill as she greeted them? Did the aching pain, the burning panic, did they show? Did she slip? The hours passed both like moments and an eternity as only time can seem to do.

Every inch burned, a crawling, tingling, tightening sensation as the miles flashed by. The world was monotone, dark, gray, menacing it pressed on her a thing alive, squeezing from her what little energy she had left. Finally, home again, wrapped in the safety of her blue gray walls she slumped. The mask fell, and once again shattered as she lay staring at the innocent white rope, its hangman’s knot calling her to just let go. She gripped tighter. All night the image fixed in her mind as she waited for the dark painlessness of sleep to take her. A brief reprieve from the weight of the waking world.

As her eyes slid shut and sleep began to claim her a heavy weight curled up next to her, a deep rumbling purr soothing the pain just a little. With sleep claiming his momma, her breath slowing, and evening out deep orange eyes turned to the monster astride her back and growled. A clicking raspy snarl responded but with the felines angry hiss the blackness in a world of Shadow uncoiled its tail from around her chest, pulled its claws, dripping a pale blue light from her shoulders and settled, watching into the darkest corner of the room.

Morning came too soon to a body with little rest. If possible, the exhaustion weighed even heavier against her limbs this morning. Gremlin insistently licked her face, his whiskers tickling against her skin. For a moment, the darkness fled for a pale sickly light. The genuine smile that spread on her face brought with it, its own pain. Her head throbbed with the intense pressure behind her eyes and her lids seemed to scrape against straining eyes. Faces on her nightstand smiled and laughed in mockery of her pain, pressure settled into her chest as she turned the photo of a woman and two happy children face down. The silver dates beneath the woman read 1965 – 2000 the silver dates beneath the boy read 1985 – 2001. Erin tore the calendar page from her today’s quote calendar. It was too late; the words of todays quote already burned in her mind. “I would rather die a meaningful death than to live a meaningless life.”

The thick, glossy paper weighed several pounds in her hand as she shuffled to attend to the furry lord of the cottage. He watched the paper fly from her hand to the fireplace, his body tensed in anticipation, prepared to attack…until the page kicked ash up from the fireplace. He turned his deep orange eyes her way and twitched an ear. A deep grumbling meow saw his dinner plate feet hitting the tile just as a sound outside announced the mailman and his torrent of bills and junk mail.

“Then…I was too open. People cared…but my honesty was…inappropriate. Because reaching out to others, in case they themselves suffered. That was bridging the gap between teacher and student. Being open with them that they weren’t alone was wrong. Could it have come at a better time? Yeah, yeah it probably could have but I had been that person leaving a meeting to consider suicide in the parking lot. Recently. I was afraid that if I did not reach out, one day one of them might not come back from break…and it might have nothing to do with quitting the job. I had already had to deal with realizing people I had scolded for poor attendance were doing so due to abusive situations at home. I had inadvertently been the cause of tears and stress… I wasn’t going to be able to handle if I found out someone had reached out to me… I had been appropriate…and they had ended it. I could not handle the thought of that blood on my hands. But, like a good little corporate cog…when told to do so I stopped. I left it at the corporate approved ‘we have an employee assistance program for that’ until, until the time it was me it wasn’t enough for.” Loud, deep rumbling purring was the only answer she received.