Culture - A Glue That Holds All Values

When we believe in our culture, we are motivated to protect it from all odds. 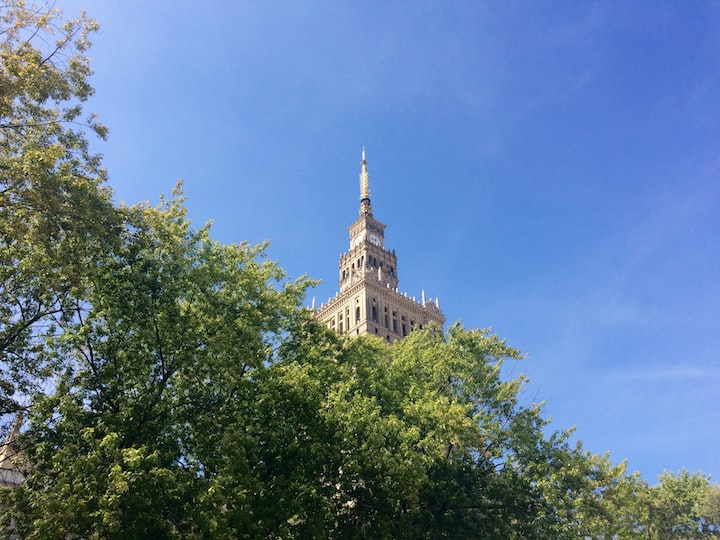 Photo by Maksym Harbar on Unsplash

Tiki culture has become popular primarily due to people's preference for the Tiki decorating style, especially in most tropical tourist destinations. What you may not realize is that Tiki culture as it is known to us isn't really a separate and specific culture, but an interesting combination of elements from the Polynesian, Maori, Hawaiian, and Easter Island cultures. It is believed to reflect an enchanted ancient time in history that is very hard for men to look at and yet harder to look away from. When you see Tiki statues, Tiki totem poles, and Tiki masks, you will understand exactly what this fascinating belief means.

In Polynesian history, the concept of the Tiki is believed to originate in the Marquesas Islands and their mythology identifies the Tiki as a male figure, sometimes also referred to as the first man. Tiki statues are also believed to represent human ancestors. A typical Tiki figure has round eyes, a large flat nose, and a wide mouth, and he stands with his hands clasped over his stomach. There is a slight difference between the Polynesian and Maori beliefs about the Tiki. Maoris view the Tiki as their goddess of childbirth. At the same time, they believe that the Tiki represents their ancestors appearing in human form. They wear small Tiki figures as pendants made of greenstone for good luck. They also use large Tiki statues to mark their sacred sites.

Easter Island features one of the most well-known sacred sites guarded by Tiki statues - Rapa Nui. It is believed that these statues were carved and positioned by the Polynesian colonizers of Easter Island. It is worth noting, however that in the language of the islanders, these figures are known as Moai, and they represent their deified ancestors. In Hawaiian culture, the figures are called Ki'i and there are several versions of the story about their origin and representation. In the midst of all these differences, one commonality stands out - all Tiki figures have very flat faces that are much taller in proportion to their bodies.

In the United States, Tiki culture refers to a blend of all four concepts discussed above. Its rise in popularity started to take shape in 1934. That was the year when Don the Beachcomber opened its doors in Hollywood. It was a bar and restaurant with a distinct Polynesian theme to it. The restaurant featured rattan furniture, brightly-colored fabrics, flaming torches, and leis. Three years later, another restaurant adopted a Tiki theme in Oakland and the theme's popularity went up in direct proportion to the restaurant's growth in the Bay Area.

In the mid-1990s, people took a renewed interest in the Tiki culture and decorating style. This interest grew to such proportions that books about the Tiki culture were even published, thus ensuring the Tiki culture's re-entry into the American mainstream. Tiki-themed parties and events are now very common across America, with Southern California leading the pack in terms of number. It doesn't really matter where the Tiki culture actually originated from, the fact is that it is interesting and the Tiki decorating style is definitely a lot of fun. Wherever there is an island-themed party, Culture is the glue that holds together all of our values, our beliefs, our sense of self, and our confidence and trust in the people around us, whether that’s our family, our place of worship, our community, our nation or our company. Culture is what defines us as individuals, as citizens, as parents, as employers and as employees. Our culture is what sets us apart from other people, other organizations and other nations.

When we believe in our culture, we are motivated to protect it against all odds. In contrast, if we don’t believe in our culture, we will barely lift a finger to help it survive.We learn this early, even before we know the words to define it. Most of us learn the meaning of culture within the structure of our family. When we work together, respect each other and share a healthy core of values, the result is a caring family that will nurture our growth into caring, self-confident adults.This carries over into school. We all have memories of how we fit into the classroom, how easy or hard it was to be accepted, and how well our teachers created environments in which we felt motivated to learn and interact with others.

My school memories are very clear. I was a hyperactive (what we would now probably call ADD) child. By the fifth grade there was a question as to who would run the class: the teacher or I. My parents and school administrators intervened, however, and I was sent to military school to learn discipline in a more structured setting. I did. You either toed the mark or you stood at attention facing the wall for what seemed like hours.That fifth grade year was a turning point in my life. I learned quickly what it meant to function within a strong culture. At first, I just wanted to survive. It was plain to me that students who bought into the school’s culture of results, respect and discipline got ahead. They won the special privileges, they even got their own horses assigned to them and they got promoted in rank to leadership positions. No question about it, I wanted to find a place among the successful.

I learned that a strong culture defines its core values. It might have seemed harsh at the time. There was nothing fuzzy about the demands -- or the rewards. And while I never became a perfect student, I learned that I had a better chance to succeed when I knew clearly what was expected of me and operated within the boundaries of whatever culture I was a part of. I remembered those lessons and applied them diligently when I taught school for several years after graduating from college, and later when I left the teaching profession to pursue a corporate career.

During my early management positions, I was part of some great successes that often seemed like sheer serendipity. But as I analyzed these organizations, I saw that they had detectable, recurring traits. As I assumed more leadership roles, I began to see patterns that helped to explain a culture’s strengths and weaknesses.

As I began to put words and definitions to these patterns, I embraced a model that resembled a pyramid made up of five basic tiers, starting with core values at the base, then direction, structure, measurement and rewards at the very top.

The model served me well for many years. But as I gained more experience with it, I began to realize that it did not truly express what I had discovered about the critical elements of culture and their interrelationships. The pyramid’s form implied that the lower blocks needed to be in place before working on the ones above them but that is not always the case.

Then one night, in that lucid time between wakefulness and dreaming, the image of a Rubik’s cube came to mind. It dawned on me that the mechanics of solving a Rubik’s cube was a great visual metaphor for culture, as I viewed it.

The Rubik’s Cube TM, like organizational culture, looks simple. But there are actually 43,252,003,274,489,856,000 possible ways to configure it. If you start twisting the cube, and don’t know what you’re doing, it merely continues to look very much like it did before you began. Hopeless.

It hit me: This is true of cultures too. You can try all kinds of management programs and processes. You can make a new strategic plan one year and create a new compensation plan the next, and follow up with management by objectives the third year. While you might see marginal improvements, in most cases, you still end up feeling like you are doing little more than twisting the cube, without really solving the puzzle of organizational effectiveness.

In fact, you’ll never solve the Rubik’s Cube TM puzzle unless you understand the 54 moves required. Solving the puzzle, like building a highly effective workplace culture, requires that each "twist" have a specific purpose and that the move relates to the end goal of completing the cube -- or fulfilling your vision for your organization.

More stories from Karpenaru and writers in Psyche and other communities.