Code-Switching: On Having Two Linguistic Personalities

by Laquesha Bailey about a month ago in humanity

What is Code-Switching and Is It A Bad Thing? 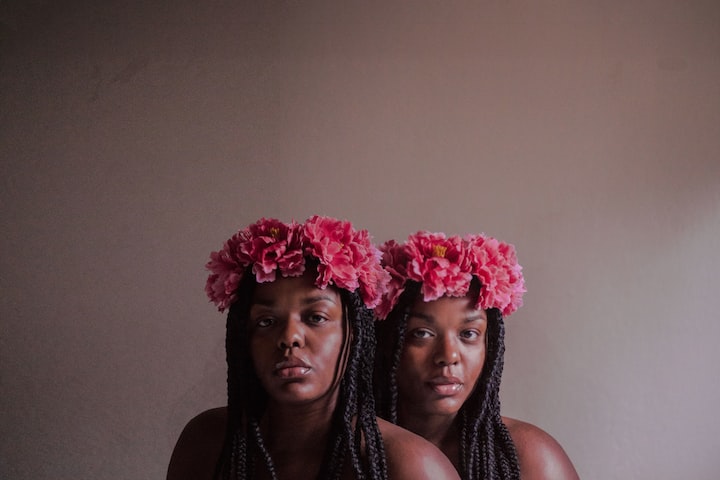 Code-switching, according to the Oxford English Dictionary, is "The action of shifting between two or more languages, or between dialects or registers of a language, within a discourse, especially in response to a change in social context". Growing up, I was always accused of "talking white". Spoiler alert, I am not white. I did, however, attend a somewhat prestigious secondary school and there's a pervasive trend in my country of mocking the accent of students from said school. We were posh, "hoity-toity" (their words, not mine) and we spoke with an accent that gave off an air of superiority.

I'm from Trinidad and Tobago where the official language is English but where it's more common to hear a homegrown English dialect that sounds very distinct from its language of origin. I am fluent in this dialect and it's how I speak almost exclusively with my family. I first started code-switching (although I wouldn't learn that term until much later) when I was eleven years old and got accepted to the secondary school of my dreams. The people who attended this school, for the most part, were wealthy upper-middle class students and, coming from a low income family, I couldn't be more different.

I found myself often making a concerted effort to pronounce things "properly" to avoid being branded as "ghetto". I distinctly remember snapping at my mom when she came to a parent-teacher meeting and said something in a particular way that was sooooo unlike the way we phrased things there. I felt embarrassed and I lashed out. I felt even more embarrassed when family members would say things like "you sound like a Yankee" or "where did that accent come from?". It was like I had created two separate identities, one in an academic environment and another one at home.

This feeling of being at war with myself only worsened when I moved to Canada for university. I was in a completely new environment, new country, new culture and for the first time, I was surrounded by a majority of people who didn't look like me and who didn't share any of my experiences. And I adapted so that I wouldn't be viewed as different and so that I wouldn't have to repeat every fifth word because people didn't understand me or start every conversation with "Oh, where are you from?". This didn't strike me as a bad thing and I didn't feel awful about myself for doing it until a couple of months into my move when I posted an Instagram story and someone I used to work with back home DM'ed me and said "What's with that accent?".

I thought about this message (I didn't respond) for months after I read it and to be honest, I still do. Am I a different person depending on the situation? Is that inherently a bad thing? Should I feel ashamed that I don't speak the same way in every circumstance with every person? I go back and forth with myself about this often and if I'm honest, I torture and relentlessly criticise myself about this aspect of my linguistic makeup. I have tried to stop code-switching. I simply don't know how to. It's been ingrained in my psyche for so long that it almost feels like a necessity.

I've also met a ton of people (mostly people of colour) who express that they often find themselves doing the same thing. It's not that they hate the way that they speak per se, it's just that it's easier not having to explain colloquialisms and particularities of the way they speak to others. As such, they tend to retain aspects of their "real speech" for other members of their social group.

Every situation is different, every group of people is different and as I've grown older I've come to regard code-switching as a tool. Everyone does this even if they don't realise it. The way that you speak to your boss I'm sure differs greatly from the way that you speak to your siblings or your parents or a friend that has known you for many years. Maybe you adjust your cadence, your grammar, your tone etc.

Part of public speaking is gauging group dynamics, knowing your audience and adjusting the way you present yourself depending on your audience. Doing so doesn't make me a bad person and it certainly doesn't mean that I'm ashamed of where I came from or that I've changed anything fundamental about myself. The me that gives speeches in front of a parliamentary delegation is the same me that speaks in "broken English" to my family and friends. My interests, my personality and my aspect are the same. Both mes are valid.

And seriously, people stay telling on themselves with that "you talk white" garbage. Is 'white' in this context a synonym for 'proper'? If it is, what does that say about our regard for other, non-dominant dialects? What does it then mean to 'talk black'? I'm a Linguistics minor at university. Initially, I chose it because it seemed like an easy minor but it really has expanded my perspective on language and the context in which it's used. The idea that there are better ways to speak and classier or fancier dialects of language is socially-contructed, made up. It's something we drummed up to invent a division between different classes of people but it's untrue.

Language and code-switching are fundamental parts of our day-to-day communication and for the love of everything precious in this world, can we please stop with the vapid criticisms and let people just...speak.

In the context of fiercely monolingual dominant cultures like that of the United States, code-switching lays claim to a form of cultural power: the power to own but not be owned by the dominant language...Code-switching is a rich source of wit, humour, puns, word play, and games of rhythm and rhyme.

See all posts by Laquesha Bailey →