Child Abuse- There is a Solution

by Chad Cox 3 days ago in family 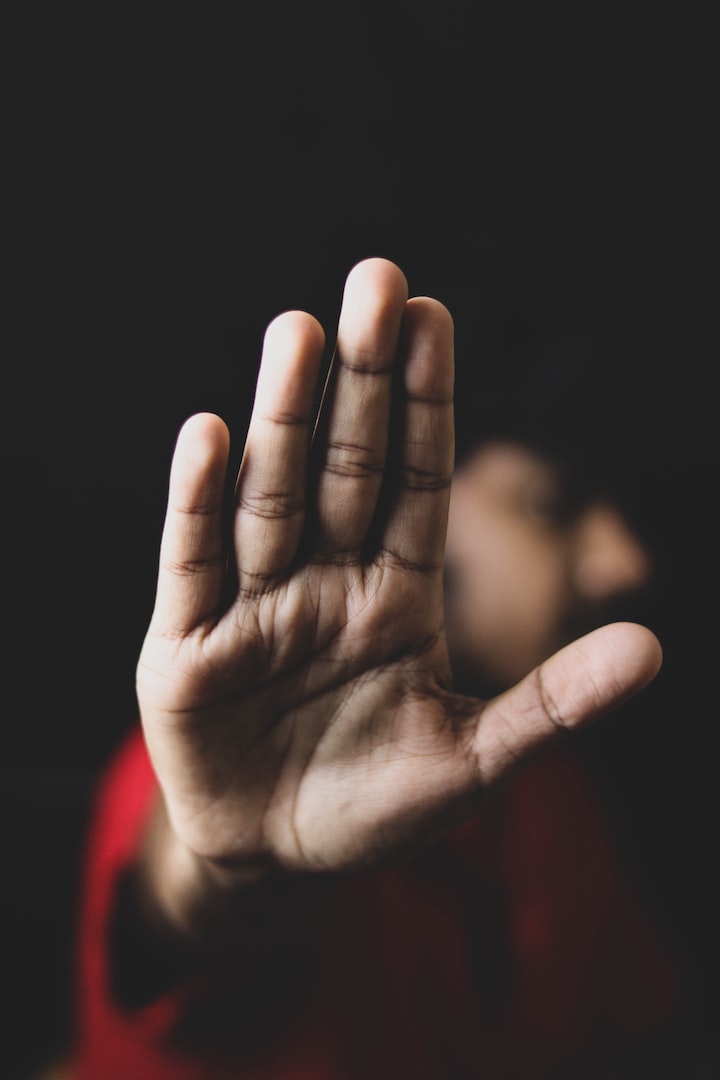 “According to the World Health Organization, as of June 2019, an estimated billion children in all areas of the world between the ages of two and seventeen experience physical, sexual, or emotional violence or neglect each year.” Child abuse comes in a broad range of actions or behavior in which an adult brings harm to a child or children. It can also be neglect in which the needs of a child, such as nutrition, hygiene, health, and education are not met by the parents or other caregivers. Child abuse has no place in a kid’s life. With clear eyes and straightforward actions, we can and must give children a brighter and more peaceful future.

Child Abuse is a global issue. Children are affected everyday from abuse by parents or adults close to them. It happens all over the world but treatment and awareness is more focused in high income countries. It can happen to people of all races but most victims are Caucasian. “In 2010, nearly half of all victims of child abuse were Caucasian (45 percent), about one-quarter were African American (22 percent), and about one-fifth (21 percent) were Hispanics. American Indian or Alaska Native children and Asian children each accounted for about 1 percent of victims.” In Cambodia the average age of sexual abuse for girls is 15 years old. The average age for sexual abuse is 10 years old. 53% of girls reported physical violence before 18 and 5% reported sexual abuse. 54% of boys reported physical violence before 18 and 6% reported sexual abuse. Some countries like Kenya have started surveys to see how children in their country are harmed. “Kenya implemented the Violence Against Children Survey(VACS) in 2010, and released its report and action plan in November 2012. In addition to the standard VACS questions, Kenya included tailored questions to see whether violence occurred as a result of the national elections in 2008 and added additional questions on child vulnerability.” Child abuse may happen on a personal level, but it affects all people in the world. It is our duty to help protect our children. “Child abuse and neglect are complex problems rooted in unhealthy relationships and environments. Preventing child abuse and neglect requires addressing factors at all levels of the social ecology- the individual, relational, community, and societal levels.”

The consequences of abusing kids is that they can die or be permanently changed. All kids are susceptible to these consequences but more harm is done to younger kids. “Child maltreatment can be fatal. Each day in the United States, an average of five children are fatal victims of maltreatment. The vast majority of these children are under the age of five.” Abuse also causes people to develop internalizing disorders like depression, as well as externalizing disorders like substance use, antisocial behavior and borderline personality disorder. It also affects the growing brain. “Trauma caused by experiences of child abuse and neglect appears to have serious effects on the developing brain.” Kids are abused all around the world everyday increasing the chance of them becoming abusers when they become parents causing a vicious cycle. “If an individual is a victim of prior abuse, he or she is more likely to become an abuser. An estimated 30% of abused children grow up to be abusers themselves, in contrast to 3% of persons who were not abused.”

There are many reasons why people become abusers themselves. The first reason could be drugs. “Any kind of drug, from alcohol to cocaine, causes personality changes in the user. While under the influence of the drug, he or she may lose control and become unable to handle problems rationally. The same is true of those suffering from mental illness. Because they can be emotionally unstable, they may express themselves through abuse.” Using drugs make people act differently then they would normally around their kids. That’s why parents should never do drugs around kids. Even if it is legal like drinking. Another reason for child abuse is parents thinking that their kids have to act a specific way. When their kids don’t act like they want them to, they lash out. “...A parent may expect a child to be able to do impossible things based on age and development level. He or she may want the child to be perfect, even though no child is perfect. That is an unrealistic expectation. When the child fails to live up to unrealistic expectations, the parent may lose control and abuse the child.” Once parents start abusing their kids they usually don’t stop until they are caught, which isn’t always immediate. “Most children do not tell anyone they have been abused, and those who do tell often have to tell several people before any action is taken.” Most kids who are abused are afraid to tell on their parents. It could be either from fear of getting abused more or they may still have love for their parents and don’t want them to get in trouble. There’s still not a lot of punishment for abusers. Even when they are caught. “Only a fraction of abusers are caught and convicted for their crimes. Most of those who are caught are eventually released back to the community, albeit under probation or parole supervision.” Kids should have laws protecting them. More consequences will make parents and caregivers be more cautious about what they do. More focus towards protecting kids also makes a safe and happy culture. “Child abuse prevention creates a more compassionate society, one which places a high value on the welfare of children. Insuring the safe and secure rearing of the next generation requires the efforts of all policy makers and all citizens.”

The solution is that we have to raise awareness of the impact of domestic violence on children. Much can be changed by bringing this problem into the open. It could be a social media post or writing to a government employee. We need to create public policies and laws that protect children. New laws and policies must reinforce the message that domestic violence is a crime, that perpetrators will be punished and victims protected. Our policy makers have to make these laws and legislation. We as citizens have to vote so the policy makers will change the laws. It is important that people understand the true effects of child abuse so we can put an end to it.

Child abuse has no place in a kid’s life. With clear eyes and straightforward actions, we can and must give children a brighter and more peaceful future. We must make people more aware of the dangers of child abuse and educate people more on the signs of child abuse. If people know more about what child abuse looks like they can help stop it in their life, whether it is within family or personal. We need to change what kids experience on a day to day basis because it changes who they are in a negative way. “Adverse Childhood Experiences(ACES) including parental separation, unemployment, and substance use, death of a parent or child being sent away, and physical or sexual abuse or neglect have been linked with internalizing disorders like depression, as well as externalizing disorders like substance use, antisocial behavior and borderline personality disorder(BPD)...” What people experience as a kid makes them who they are as an adult. Adults being affected by trauma also causes them to not give their children the environment they need. “Attachment problems are associated with behavioral disturbances and mental illness. Mothers who have experienced trauma and developed a disorganized attachment style relate to their children in a manner that is alternately intrusive, fearful and disengaged.” We must give families more help because there are a lot of stressors that go on in life that affect both children and parents. It is not an overnight solution, but one that takes a lot of hard work. That is why child abuse is a global issue that needs a solution. Child abuse didn’t happen over night so it won’t be fixed overnight. The solution to the global issue is a global solution.

Receive stories by Chad Cox in your feed
Chad Cox
Read next: Never In the Cover of Night