Carl Jung and Shadow Work: The Dark Side Explored

by Souluminosity about a month ago in advice

The beginning of a spiritual awakening happens in the dark. 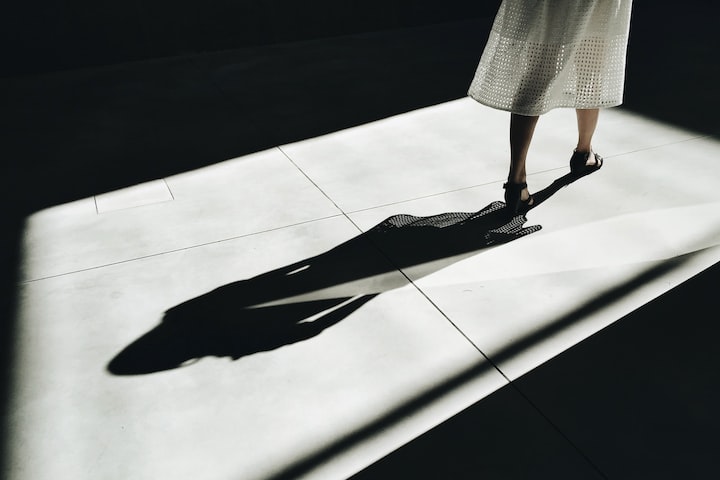 Photo by Martino Pietropoli on Unsplash

What happens in the dark will always come out in the light. What goes on in our unconscious will always show itself in our consciousness. So, what if those creatures hiding in the dark aren’t so pretty? Well, chances are, they aren’t. Carl Jung definitely doesn’t think they’re inherently beautiful, but making friends with them can help propel you in your spiritual awakening.

But if you’ve got some deep-seated fantastical lust for the interpretation of dreams, his name might have instantly been recognizable to you.

Whether you know the guy or not, I need to tell you why he is relevant to shadow work at all. And the big WHY is this: shadow work was named after a persona he created the shadow.

After all, I know you stalk your date before meeting up with them. I know you already know how many cats they have and their great grandma’s middle name. You do this because they might make a significant impact on your life, and you want to see who they really are. Who you’re really letting come into your life.

The same goes for Jung. Shadow work is the foundation, in my opinion at least, to spiritual awakening. So, we’ll be spending A LOT of time here. You might as well get comfy with the originator (I use this term loosely).

Who is Carl Jung?

Carl Gustav Jung was the founder of analytical psychology. He was a psychiatrist and a psychoanalyst (and was also Swiss!). This is one reason he’s so interesting to me—a man of the sciences with mystical beliefs. Although I consider myself the same way, it always pleasantly surprises me to encounter people like Jung.

Jung was a Leo Sun with his moon in Taurus for those of you astrology lovers wondering. He was also a life path number 9. I won’t go into too much detail about how all of this is relevant to his beliefs, but just know that a life path 9 is all about travel and transcendence. I find this ironic, considering his passion for discovering the meanings of dreams.

The travel aspect of his life path, from what I see, strongly relates to his astral travel. And transcendence relates to his belief in reaching The Self, where a person’s unconscious and conscious meet up for lunch, discuss only themselves, and form a union. Wait, that sounds a lot like what Jung did with Freud. We’ll take a look into that a bit later.

So, where did the term shadow work come from exactly?

Where Did the Term Shadow Work Originate and What is It?

I have to be careful with my language here. Carl Jung DID NOT create shadow work in its pure form. What I mean is, working through unconscious behavior displayed in our waking lives has been around since the beginning of time. It is only human nature to want to better ourselves.

However, Jung hypothesized the “Shadow” identity, and therefore, work on the shadow became known as shadow work.

One belief of Jung that was highly controversial and was actually one of the reasons he and Freud split was his idea of the unconscious collective. This is the belief that our minds have characteristics imprinted on them from our ancestors. These characteristics are on a spectrum and determine our archetype depending on how detached or attached we are to them. (link to article).

To simplify this a bit, Jung theorized that fears such as the dark, spiders, rejection, and loss are shared among most humans. Your shadow looks a lot like your neighbor’s.

Along with the unconscious collective belief, Jung also had four main theories about the personal unconscious.

The four Jungian personal unconscious theories to take a closer look at..

The shadow is only one form of the personal unconscious. The other three are the persona, the anima/animus, and the self.

The persona is the mask we wear around others when we want to be accepted. It’s who we are when everyone is in the room. This usually develops in childhood when we long for acceptance and love, particularly from our parents.

If you know a bit about tarot, the shadow has the same energy as the Devil card. The shadow is all about characteristics not acceptable by the outside world and our inside world too. This could look like being envious or prejudice. We often try to run away and deny the shadow. But it’s impossible to do this, even if you’re a track star.

Our shadow is a part of our entire being. Jung wrote, “Everyone carries a shadow and the less it is embodied in the individual’s conscious life, the blacker and denser it is.” Not acknowledging your shadow self will only make it grow stronger. Think of it as a dog who REALLY wants your pizza. The more you ignore the dog, the louder she gets.

Jung The Dreamer believed that our shadow self shows up in our dreams as other creatures. So, dreaming of a wild jaguar chasing you in a fiery forest could represent your shadow self saying, “HEY! You’re gonna get burned if you keep running from me.”

But don’t think acknowledging your shadow is the end of shadow work. Acknowledgment of the shadow is a life-long process. As I said, the shadow is a part of us and isn’t going anywhere. But we can make it shrink and be less annoying.

The self is that lunch date I mentioned earlier between your conscious and unconscious. It is the level of accepting that the unconscious greatly affects the conscious and working out an agreement between the two that won’t end in flames. Unfortunately, Freud and Jung did the opposite.

Knowing a lot about a person involves knowing about their relationships with other people. Knowing who opposed shadow work or saw it differently is important to learning what shadow work IS.

For example, If flat earthers believe we can see to the other side of Earth from the opposite end, you’ll know that anything related to that is not “round earther” theory. Similarly, suppose someone like Freud believes that working on the unconscious is best done by looking at childhood and sexuality. In that case, you’ll know that anything related to diving into the collective consciousness isn’t Freudian theory.

So, the Freud feud.

Jung and Freud met as colleagues but eventually became close friends. Freud was 19 years older than Jung, so he also acted as a mentor to him. Jung was Freud's prized possession. The problem is, Freud hated when anyone disagreed with any part of his beliefs. He believed that if you disagreed with one aspect, well, now the whole theory is dismantled, and you’re ruining his ideologies.

But Carl Jung was an educated man, interested in challenging beliefs and drawn to mysticism. He didn’t believe libido mattered as much as Freud did, and Freud grew weary of Jung’s mystical approach to the unconscious. So the pair eventually split by Freud writing a letter. A LETTER. That’s basically getting broken up in a DM these days.

Why All This Matters

So, Carl Jung didn’t exactly CREATE shadow work, but he did illuminate its importance. A psychiatrist, analytical thinker, and lover of the supernatural, Jung helps us understand how shadow work can help our spiritual journeys. When awaking, you’ll need to go to some pretty dark places to see the light. Are you afraid of the dark?

Receive stories by Souluminosity in your feed
Souluminosity
Read next: How Empaths and Hypersensitives Can Prevent Mental Breakdowns