Bullying Made a Hell of My High School Years

by Jupiter Grant 11 months ago in recovery
Report Story

I spent three years inside a waking nightmare and, decades later, I was still haunted by it 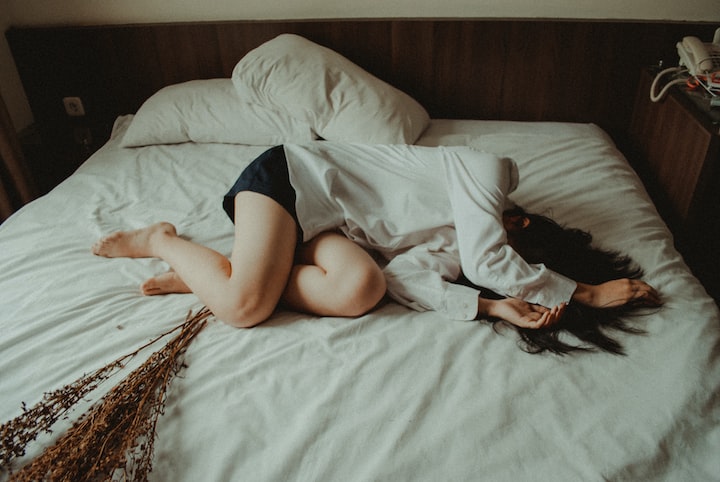 It was only three years of my life — a drop in the ocean in the grand scheme of things — but every day I spent as a student of “R.R” High School was a gut-churning, vomit-inducing, tear-stained lesson in dread.

I never knew why I was singled out. I don’t remember the first encounter with my tormentors. But the bullying started within my first couple of months at that school and it continued until the day I dropped out, aged fifteen.

I had been looking forward to high school. I liked learning and was an A-grade student. Throughout primary school, I’d made friends relatively easily. My family moved around a lot, both domestically and internationally. As a result, I spent a lot of time saying goodbye to one school/group of friends and introducing myself to a new town/country, school, and group of peers. I was well-practiced in the art of making friends and fitting in.

At the time of my transition from primary school to high school, my family and I had been settled in the town for just over a year. That final year of primary school was happy and full of friendships. With my peers and I entering “R.R” together, I thought, there would be an element of “safety in numbers”. We’d have a ready-made friend-base from which to springboard into other, newer friendships.

Alas, as the school year drew to a close, I learned that most of my classmates would not be attending “R.R”, the secular public school, but would instead be joining the Catholic High School with their expensive fees, smart uniforms, and Daily Mass. From what I could tell at the time, this had less to do with adherence to the Catholic faith than it did the school’s good reputation.

Being a target of bullying behavior is upsetting and traumatic no matter what your age, but the early teens are a particularly sensitive time in our lives. The onset of puberty makes us a simmering cauldron of hormones, and the changes in our bodies frequently bring with them insecurities, anxieties, and poor self-esteem. Thus, when you find yourself being ridiculed, assaulted (whether verbally, physically, or both), humiliated, and isolated by your peer group, it’s difficult not to interpret those attacks as evidence of some inherent fault in YOU rather than what they really are;

Skiving Off School, and Other Avoidance Tactics

As a result of the constant bullying, I started skipping school. At the end of the ninth grade, my report card recorded me as absent for around 75% of the academic year. To be fair, I was genuinely ill; mentally (crying hysterically and hiding in my wardrobe), and sometimes physically (I was so scared to go to school that I’d be throwing up. I also developed an ulcerated colon from stress.)

In the majority of instances, my parents were fully aware of my absenteeism. Though they tried in vain to deal with the issue, there came a point where my poor mother gave up on forcing me out of the door; I’d just come running back. Having hated school herself when she’d been my age, she was able to empathize with my situation, though it caused her a lot of stress and put a strain on our relationship. It also put her in an unenviable position when it came to my father; he was angered by my refusal to go to school and by Mum’s disinclination to force me. There was a lot of screaming and arguing going on at home at that time, most of it caused by my problems at school.

Truancy wasn’t dealt with so rigorously back then as it is nowadays. Today, parents who allow their kids to be absent from school for anything other than occasional sickness can be fined, and even prosecuted. My parents weren’t subjected to any such punishments, but I do suspect that the School Principal was haranguing them pretty regularly.

The Principal and teachers were all well aware of the bullying I was enduring. I had even visited the office of the teacher who was supposed to be the Support Liaison for the entire Grade 7 cohort one lunchtime, in tears from yet another relentless onslaught (a basketball being repeatedly pegged at me with great force). Not only did he offer no support or compassion whatsoever, but he actually said that it was probably my “own fault”, that I should make more of an effort to fit in, and should “spend less time whining”.

In other words, a man told a tearful young woman reporting an assault on her person that it’s her own fault and that she was asking for it.

I never attended tenth grade. My fifteenth birthday fell the first week of the new academic year and, having reached what was then the legal age to leave school, I announced that I WOULD NOT go back after the summer holidays. Realizing the futility of arguing, my parents agreed on the proviso that I didn’t just sit around but found a job. Three months later, I had a full-time job and was blossoming. Life was good, and I felt relieved that the horror of high school was behind me.

However just as in the closing moments of a horror film, when the monster has been slain and it looks as though the nightmare is finally over, the villain suddenly reappears and shatters the viewer’s false sense of security, so it was that the traumatic experiences I endured as a teen came back to haunt me as a forty-something.

Following a battle with bilateral breast cancer, the sudden unexpected death of my Mum (who, after our years of bickering when I was a teen had become my best friend in adulthood), and severe distress and unhappiness at work, I battled a series of physical and mental crises that saw me battling agoraphobia, heavy drinking, self-harm, and suicidal ideation. I hated myself and I hated my life, and I felt that everything bad that had ever happened to me or the people around me was my fault. I had no right to complain, nor to be as unhappy as I was, because I’d brought everything on myself and I was nothing more than a pathetic whiner who should just put up and shut up.

It was the voice of that Grade 7 teacher all over again. I had internalized those negative, accusatory messages I’d received as frightened twelve-year-old desperately seeking the help of an adult who should have at least attempted to protect me. His words, and the words of others like him, now formed the script of my inner monologue.

Moreover, at work, my inherent need to be liked/ appreciated/ admired/ praised/ *insert positive adjective here*, turned me into a people-pleaser. As a result, I was always being taken advantage of, yet I could never stand up for myself and say “NO!” no matter how stressed, angry, and resentful I felt.

It took a couple of years of therapy before I made the connection between the mental health issues I was encountering as an adult and the emotional trauma I’d endured as a bullied teen. One day I told my therapist, “it feels like they’re constantly bullying me [at work]. Then I get angry at myself for letting them. So in a way, I end up bullying myself….”

Then, a light went on:

“Yeah! That’s exactly what it feels like. Bullying. It makes me feel just like I did in high school!”

I started to cry — a mixture of sadness and catharsis— and, although COVID meant that our appointment was taking place over the phone instead of in person, I fancied I could hear the smile on my therapist’s face and her sigh of relief: “She’s got there at last! It’s about fucking time!!”

Having realized the extent to which I have carried the experience of being bullied in high school into my adulthood, I am learning to recognize its presence. I try to be kinder to myself now and to challenge that critical voice in my head that tells me I’m useless, unworthy, and unlikeable. I try to nip my “people-pleasing” in the bud whenever I find myself falling back into it, and I’m attempting to leave those three years of bullying back where they belong; in the past.

It’s not easy, and I’m not always successful, but at least I know now that the bullying I endured in high school was not my fault, and that I am not the freak, fatso, or ugly moll that my tormentors always said I was.

More stories from Jupiter Grant and writers in Psyche and other communities.