by Theresa Wilhelm 9 months ago in trauma
Report Story

Childhood struggles that helped me become the chaotic wonder that I am today. 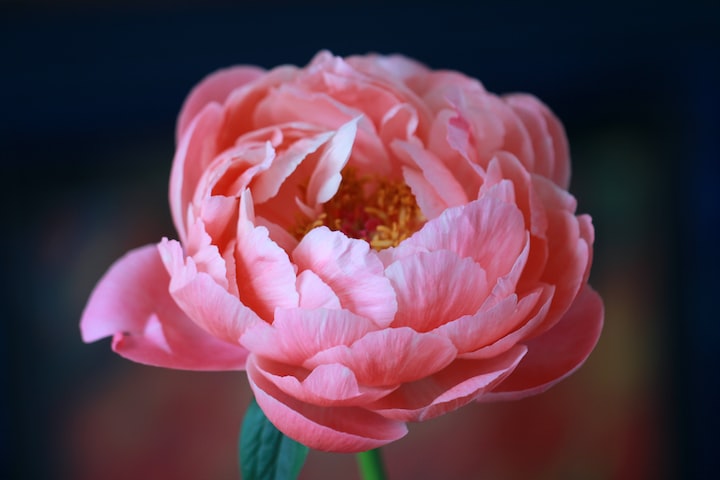 I was in second grade when my parents decided something was wrong with me.

I was strapped to an EEG and had completely convinced myself that what they were really doing was reading my mind. I tried like hell to control my thoughts and try not to expose my deepest secrets that only a 2nd grader would possess. I am aware now that what they were doing was monitoring my brain waves to see how active my mind was while reclined in a chair. Hint hint: Patient I was not.

I was one of the very few lucky kids, even fewer of girls, to receive my ADHD diagnosis at such a young age. I was prescribed medicine which to my knowledge then, did not work. (It did. I just didn't know what it did.) I remember crying at my first slumber party after a day of not taking it and realizing something was different with me. My friends asked me what my medicine did and it told them I didn't know, just that it made me feel different. That difference was called focus.

Years went on with this medicine and I didn't quite pay much mind to taking it until I reached 4th grade. I was tired of taking it every morning before school. My mother eventually became fed up with my insistent disagreeableness that she began forcing me to take it at school. There were two issues with this. The first being that it had to be administered by the school nurse, who didn’t arrive at school until the second class period. My medicine was slow dissolving and long-lasting, so I didn't begin feeling its effects until further into the school day. My attention span began to show a difference due to the change in timing.

The second issue arose when my fellow classmates discovered why I was leaving class every day to go see the nurse.

My fourth-grade teacher saw my struggle and did what she could to encourage me to do my best. She knew that I liked reading, so she used that to my advantage. She made a deal with me that if I was to get my bigger projects done, she'd buy me two paperback books, my choice. This worked exceptionally well for my dopamine-deficient brain. She is the one who helped me discover my love for writing. Without her push, I wouldn't be where I am, nor have taken such a liking to English literature.

A common trait among those with ADHD is the ability to become a human chameleon. We are all constantly evolving into the people we are meant to be, especially during the preteen years. If you have ADHD you may pick up a few qualities along the way that aren't quite your own. As a child, this was something I was completely unaware I was doing until girls in my class began to point it out to me. This ultimately became one of the things that became my demise.

I got dubbed the nickname "puppy." Why would they call me that? How is that such a negative nickname? (Yes, I was born in the year of the dog, but no this is not why.) Well, you see they called me "puppy" because of the only friendship I perceived to have. We were practically sister's her and I. When you have a best friend, you share similar interests and do almost everything with them. Because we did everything together, it appeared to others that I was following her along like a dog on a leash. A few times, I even got the lovely liberty of overhearing kids whisper about me, one of which they called me a magnet because I stuck to her like a fridge. It was a codependent relationship, but at the time none of us were any the wiser. Over time though she began to distance herself, and even talk about me behind my back.

When the bullying officially began, no amount of medicine was working to keep me focused on my schoolwork. Not much was understood back then about depression amongst kids, and teacher's turned a blind eye to the bullying. They saw me as a kid who struggled and had little clue that bullying was impacting my schoolwork, relationships, and self-esteem.

In 5th grade, that same "friend" was feeling a little sick and I offered to walk her to the nurse's office. In doing so, a boy, whom I had a crush on at some point, taunted me by saying, "What's she going to do, give her some of your medicine?" This felt like a massive jab to me personally, as it was meant to. If my friend's stomach hurt, why would the nurse give her my mind medicine? I tried to process why I was being teased for taking medicine that helped me focus. In my mind, as chaotic as it was, it didn't make sense to tease someone for something they had no control over.

School began to feel like a prison, my classmates fellow prisoners, the teachers the wardens. The classes were so small they had to merge grades together, fifth with sixth, and seventh with eighth. Back then mental health wasn't understood, nor expected amongst kids. My wardens would pull me aside in the hall and ask me what was wrong, why were my grades slipping. I told them the taunting and bullying caused a mental shutdown. People with ADHD hyperfocus on things that interest them, and as a depressed child I tended to hyperfocus on my emotions. Each day I would get on the bus, play music and pray to make it through the day without someone saying something about me.

Kids that I thought were my friends, turned their backs on me. I was lucky enough to attend a school with my cousins and sister. We each had a cousin in our class until we didn't.

My older cousin was being treated poorly amongst her classmates as well, over time it became too much for her too. In order to deal with the way she was treated, my aunt and uncle pulled them out of school and placed them in another school downtown. When my cousin was no longer in my class, the bullying intensified. I didn't have my emotional support group any longer. It was my sister and me, for the remainder of that year until she graduated and moved onto high school, leaving me to my own devices.

When 6th grade rolled around we found out we would be getting a new teacher and would have a class of 9. She was pretty awesome, and quite frankly being in her class made school somewhat tolerable again. Ultimately though I wanted out of that school and managed to convince my parents to arrange for a switch come the next year. When this teacher asked me about it towards the school's end, I told her I would like to stay if things were to get better. She persuaded me to give it one more year.

I did not make it the whole year through. All the bullshit finally added up to be too much for me. I needed out. My parents finally agreed to take me off my ADHD meds and by the time December came I was also being pulled out and put into the public school where I should have started the year. In the weeks leading up to my departure, the teachers began to scheme up ways to convince me to stay. They didn't want me in their class, they just wanted the student funding from my tuition.

When word got around that I only had two weeks left, my teacher took the four other girls into the backroom, leaving me alone with the boys in class. I immediately thought this was weird of her and eventually it became clear why. Three out of the four girls that went in came out treating me extra nice for the remainder of my stay at school. I was finally being accepted again amongst my classmates, but it was a fake friendship. The fourth girl, the one who used to be my closest friend, changed none. At the beginning of my last week, my teacher took me in the same backroom and gave me the shittiest pep-talk imaginable.

She told me and I quote, "You are going to a new school where kids already have friends, they're not going to want new friends. You think that you are outgoing, but you're really not." Jokes on her because I am extremely outgoing when I want to be. I still have no idea where she got the nerve to tell me such things and I never got the chance to tell her she was wrong. All in all her tactics weren't going to work. I figured it would be better to be at a new school with no friends versus the same school with fake friends and bullies.

When I left, I made sure to make a formal goodbye to one person in the entire school. My fourth-grade teacher.

To no surprise, changing schools turned out to be exactly what I needed. I quickly made friends and was accepted into multiple groups of students. I finally began to feel like myself. I found my own voice. I did however struggle with some schoolwork due to lack of retention, but it built character because I finally had the chance to push myself to do and be better. I had friends that I could turn to when something wasn't clicking and teachers that made an effort to help and push me to stay on track.

I was also told by a different teacher at my old school that I wouldn't receive as good of an education in public school. She was also wrong in her assessment. The teachers I went on to meet actually spiked my curiosity and managed to keep my focus for the majority of class.

I had to learn who I wasn't to know exactly who I am. And although I still struggle with a lot of my ADHD symptoms, I am learning more and more how to love and accept myself. I even made peace with most of the kids from my grade school when we reunited in high school. We weren't really close friends during those years, but they did continue to have roles in my life. Some more than others.

As odd as it may sound to some, I am grateful for the traumatic years I spent with my bullies. It taught me a lot about myself and helped me discover and understand parts of myself that might have otherwise remained hidden for a long time. I forgive them for how they treated me. And I forgive myself for tolerating it as long as I did. What doesn't kill you makes you stronger. Even though depression got worse over the years, learning to defend myself against bullies taught me how to fight off my inner demons as well. Somedays you win and some you lose, but every day is a lesson in self-discovery.

More stories from Theresa Wilhelm and writers in Psyche and other communities.