Bipolar is my Home

by Jennifer Lyn 21 days ago in bipolar

Learning to live with Bipolar Disorder 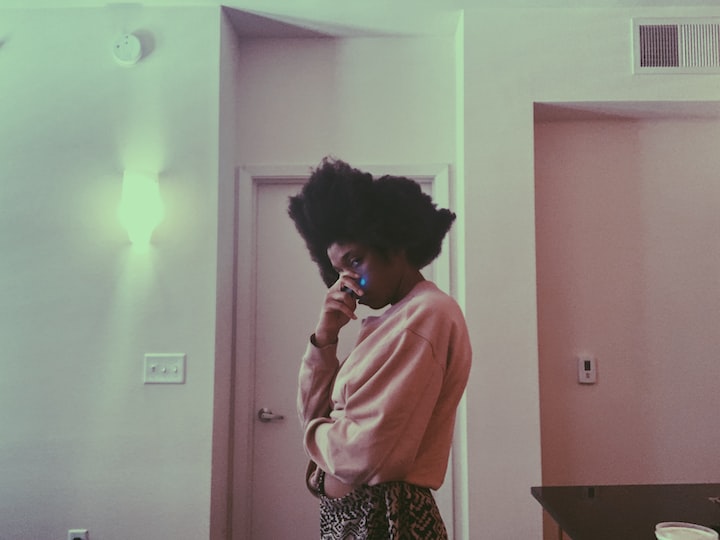 Photo by Reneé Thompson on Unsplash

In the beginning, all the bricks are there, they all support the house and the house is structurally sound and safe.

With time however, stress cracks begin to appear throughout the foundations of the structure. The weight of society and the environment around the house causes these fractures to become bigger and bigger. But the house still stands strong enough to support itself.

Slowly, but surely, the bricks start to break away from the house.

The early warning signs are subtle, easily missed or explained by something less significant and dangerous.

Lack of sleep, increased energy and inflated self-esteem are all textbook signs of early mania. But I think it goes deeper than this.

As mania progresses, the bricks of the house start to be shuffled, pulled out and smashed.

The person that was once there is no more. They have changed, small changes in behaviour result in marked differences in lifestyle.

As more and more bricks keep getting removed from the house’s foundations, the structure begins to crumble. The milder of mania symptoms turn severe with possibly additional delusions and psychosis.

Mania is chaos. A psychotic storm rips through the bricks and mortar, tearing every shred of stability the house had left.

And then, in the wake of the storm, we are left alone, to pick up the pieces and rebuild our house.

And slowly, but surely, the remanent rubble begins to look more homely again.

But then the depression comes and sweeps you off your feet, off your goals. Robbing you of motivation, hope and love of life.

The bricks begin to stretch, disfigure and crack under the stress of the black clouds bearing down on it.

The black cloud is heavy, it makes you not want to move, to think, to be alive.

But you don’t necessarily want to die, you just want to feel okay again.

These feelings will last from a few days to a few weeks. And then they go away, the house has been rebuilt and the cycle starts all over again.

But that’s not to say there aren’t good times. There are times where I feel stable and content in my life and the world around me. But they are short lived, and sooner or later my mental illness always overtakes me.

It will be sneaky, conniving. It will make you think you are doing well, when really, you are losing control.

Its not necessarily visible from the inside, your perception of the world around you becomes vastly different to reality.

It starts small, excitedly enrolling in too many university subjects, taking on new projects and working too many hours at work.

Then the insomnia starts. When in a depressed state, you can sleep for 12+ hours and still feel tired waking up, but with mania, sleep is irrelevant, the amount of energy that is within you is incomparable to any other experience.

The obsessions. Almost OCD in nature. “I have to have this now” “I have to do this now” “It will change my life remarkably” “If I don’t, something terrible is going to happen”,

I impulsively spend not only my money but my parents’ too.

I actively ruin my life and the lives of those around me, but I don’t even know it.

As the mania progresses, the suicidal ideation never goes away, in fact, it gets more pervasive in mania, I am more impulsive, unable to reason with myself, and am not unmotivated like I am in my depressed state.

The mania hits a summit point.

Either I am acutely suicidal or so psychotic and deluded that I can’t even comprehend reality anymore.

My brain is travelling at such speeds that I can’t understand my thoughts, they’re fragmented and comprehendible. I call this “white noise”.

It feels like my body just runs on its own, that I don’t have control of anything anymore.

Agency is now a foreign concept and I am fully engulfed and controlled by my mental illness.

Even now, however, I won’t have this insight, I won’t be aware. And where needed, I can mask all this and appear normal, just so I don’t become hospitalised.

At the summit, the house has crumbled, the foundations such as friends, family and adequate support networks have been broken and shattered.

No one knows how to cope.

Once medicated, I keep pushing on through life, but it is never smooth sailing and I am constantly renovating the house.

"Don't Give Up Hope; For sometimes it snows as late as may but summer always comes eventually"

See all posts by Jennifer Lyn →