by Lita about a year ago in anxiety
Report Story

Another story about how social anxiety ruins everything in my life lol. 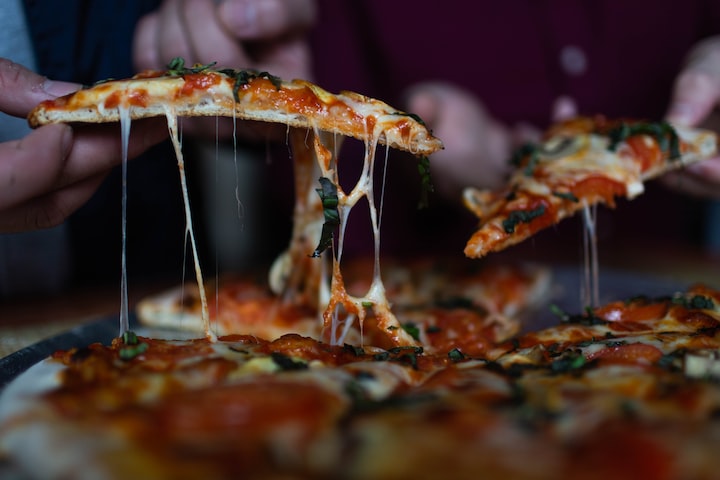 Photo by Brenna Huff on Unsplash

So, several years ago I was at my grandma's house with my family. No-one felt like cooking that night, so we decided to order pizza. I was originally excited about the idea, until I was assigned with the task of ordering it...

Now, to some this may not seem like that daunting of a task, but to me, someone who had been dealing with crippling anxiety all of my life, this was literally the most dreadful thing imaginable at the time.

Just the thought of having a conversation with some random unknown person for even 5 minutes was absolutely terrifying. What if I said something wrong or made a mistake? What if they could tell how much of an emotional wreck I am through the phone and proceed to silently judge and ridicule me?

I attempted to un-volunteer myself from the task at hand, explaining to my family that I just could not handle this right now. Of course, this only turned into an argument, as to them this just wasn't that a big of a deal and I should simply "get over it" and make the phone call. Even though I pleaded, they all refused to make the call themselves just to prove a point that they were right and I was wrong. That I couldn't possibly know myself well enough and I was simply over-reacting to the situation.

"Oh, you're gonna do this RIGHT now," my mom says with stern voice. "I'm not gonna tell you one more time..

With hands shaking and tears welling up in my eyes, I proceed to make the call against my will. As soon as the phone began to ring, I could feel myself start to shut down on the inside. Seconds pass, and I finally heard the "hello" on the other end of the line.

"How can I help you?" asked the unfamiliar voice.

I paused, voice trembling and fighting back tears, until I finally managed to respond with an "Um... do you guys have pizza?"

I immediately felt really stupid. Like yeah, of course they have pizza you idiot... it's literally a pizza place. I could tell the guy who answered probably thought I was really dumb and it was literally all I could focus on from that moment on. I couldn't even manage to ask any of the other questions I was supposed to ask about specials or deals or whatever. I was just so fixated on the fact that I had already screwed up that I had a full crying fit on the phone with the pizza man.

My mom had to eventually take the phone away from me, as I couldn't regain my composure. My family was just so shocked that I actually responded that way. Even after I thoroughly explained what I was going through...

"Oh, I had no idea your anxiety was that bad!"

Moral of the story is, some people just aren't going to understand what you're going through, especially when it comes to anxiety and other mental illnesses that you can't just visibly see. If you're not literally limbless or in a wheelchair or something, a lot of people will assume that your struggle just isn't real and it's just "all in your head." And what's worse, some people will even try to push you beyond your limits, thinking that they're helping, when they're unintentionally causing much more harm than good.

So, what do we do in these situations? Even though it's extremely exhausting and kind of a pain to do, sometimes we have to educate people on what it really is we experience and why it can be so debilitating, and tell them how to help us in these trying moments.

It might be a difficult task to do, but if it can spare your relationships, preserve your mental sanity, and prevent more uncomfortable situations in the long run, I'd say it's well worth the effort. (:

I'm a nerdy stoner poet🎮📚who loves to write about anxiety, depression, and other mental health issues.🥰 I'm obsessed with art and music,🎨🎹 and I'm a total conspiracy creep!!😈👽

More stories from Lita and writers in Psyche and other communities.