Am I a Narcissist?

by Jennifer Cervantes 2 months ago in humanity

The Musings of a Troubled Mind 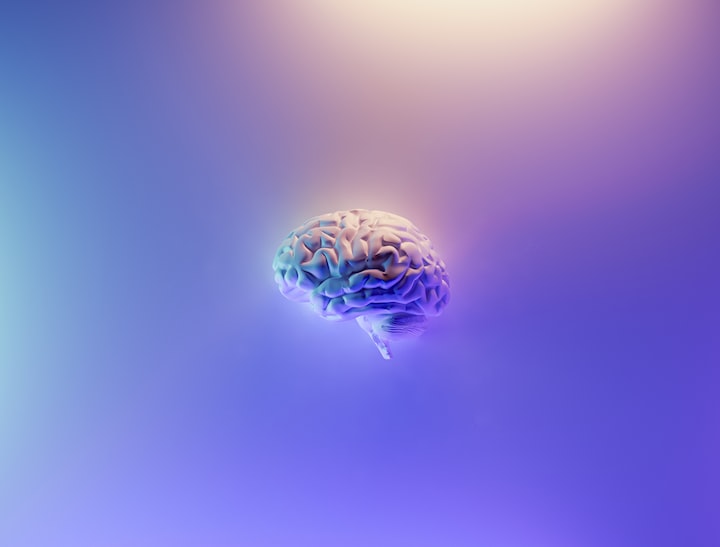 Photo by Fakurian Design on Unsplash

It's 2:00 am. I'm lying in bed staring at the ceiling. A sliver of light shines through the blinds letting in the glow from the street lamp. Usually, that would bother me since it keeps me awake, but tonight I'm not sleeping anyways so I just stare through the light that's spilling onto my ceiling. I've been home about 10 minutes. We fought. Again. Same fight. Different day. He swears I'm a Narcissist. If you asked me a month ago I'd say I don't think that can be true. If you asked me three months ago, I'd swear it wasn't true. But now, after months of the same fight, I'm starting to wonder, which one of us is right? I don't know anymore.

I'm no stranger to mental health. At 19, I was diagnosed as bipolar. I also have depersonalization dissociative disorder. So, suffice it to say, I have issues. I also have a bad habit of coping by lying. People lie for lots of different reasons. He is a good detector when it comes to lying. You would think that would have meant I stopped. I didn't. The problem is that even when you know someone is lying, you don't always know why they are lying. And clues you think clearly show what's happening can be deceiving. That's what happened to me. My lies and terrible coincidences piled up into a strong case against me. A case he felt was fool proof. And even though I knew it wasn't true, nothing I said mattered. I was a liar. That's all I became. I was that and nothing more.

You may wonder why I lied. To be honest, until recently I didn't realize how much I did it. Looking back, I see more clearly. Sometimes I left things out because I wanted to keep doing things my way. Sometimes I lied to avoid a fight. At times I wouldn't tell him something because I thought I was protecting his feelings. And there were times I didn't even know I was lying. Truly. I don't have a great memory when things are stressful. Thank you Dissociative disorder and years of pretending things weren't the way they were. So there were times when I didn't even realize what I was saying didn't match what actually happened.

The problem with lying is that it breaks trust. And trust is not easily repaired. He thought for sure I was lying because he believed I was sleeping with other men. Lots of other men. I wasn't. But since I was lying, how was he supposed to know. The more I lied the more he was sure he was right. And the more convinced he was that I was a lying, manipulative, Narcissist.

A Narcissist is someone who inherently believes in their own value and is consumed by their own interests. They don't see things from other people's point of view. They aren't able to consider other people's feelings. And they most certainly won't admit they are wrong and apologize. I didn't just know this, I had to look it up.

So, knowing this, do I fit the bill?

He would say yes. Definitely. I didn't care about him and his feelings. I didn't put him first. I never loved him. I only cared about myself.

My psychiatrist says I'm not. My therapist says that if I was bipolar, with Dissociative disorder and Narcissism I would be in a hospital somewhere being tested and studied. I think that's her way of saying it's not possible.

But, I see his perspective. I probably would even feel the same way. If the person I loved kept doing the one thing I said bothered me more than anything, I would assume they didn't care about me at all. The problem is I do love him. I love the shape of his face, making his lunch for the next day, writing him love notes, and surprising him by doing his laundry. I love to watch him while he works and sing with him in the car. I love the way it feels when we hold onto each other like there's nothing in this world besides the two of us.

So if I love him, what's wrong with me? Why do I lie? Why did I chose to break his trust over and over? Am I Narcissistic?

I wish I could tell you. I wish I knew. I could tell you all the ugly details of our relationship, but does all of that really matter? All my rationale and justification. All my hurt. All the false accusations and heartache. It made me frustrated and bitter and angry. I acted out, which made things worse. After we separated, I texted guys and got on dating websites to convince myself I didn't need him and could be happy without him. This just gave him more fuel for his fire. And it made me more miserable.

Our divorce is final in 7 days. We were married for five months and separated for five. And as every day passes I become more heartbroken.

If I look inside myself I don't think I'm a narcissist...but then isn't that was a narcissist would say? But even if I'm not, my lying and my denial destroyed my marriage and has brought me to my knees.

When I tell him this isn't what I want, he responds by saying it must be because I did this to us. I can't argue. I did lie. I was independent and stubborn at times. I did make him feel like he wasn't as important as other things in my life.

So the moral of the story....Broken trust destroys relationships. Lying is poison. And sometimes even when you feel horrible about what you've done, the damage is already done. The price has to be paid. Sometimes there just aren't any more chances left.

My advice...take time to get in touch with who you are. Be honest with yourself. Don't be critical but think critically about your strengths and weaknesses. And love the people you've been blessed with. Don't take them for granted. Enjoy every minute, because you don't know how many minutes you're going to get.

And, if at all possible, don't give the person you love the most reason to believe with such certainty that you are a Narcissist because at the end of the day, even if you aren't, it doesn't matter if they think you are.

I am a fun 44 year old teacher librarian in Washington state. I love words! And stories that people can relate to! Especially children…