Adjust The Balance Between Study And Psychological Safety

by Judith Isidore 2 months ago in how to
Report Story

How do you adjust the balance between study on the one hand and psychological safety on the other? 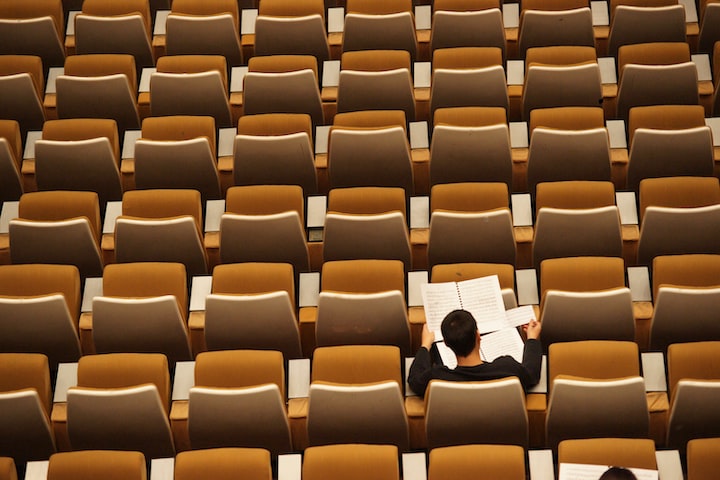 Photo by Philippe Bout on Unsplash

Life is all a matter of balance and rhythm, not only in study and psychological safety, but in work, marriage, social relations, and other various issues of human communication and the ways of linking with the biosphere around us. Whether it is educational, emotional, work-related, or something else. However, the student is the most sensitive element, as he is still at the beginning of the journey, and piles of books and lectures piled high on his head. In addition to the desire of the parents to obtain the highest grades, and to attend the best universities, which makes the burden very heavy on his back. Then all of these responsibilities could affect his physical condition, even before his psychological and mental health!

One study found that there is a difference in outcomes for a student in general when he spends his time seeking psychological comfort or physical comfort. They found that good grades are associated with periods of concentration and prolonged sitting, while if you want to have solid physical health, you need to increase your activity and avoid sitting as much as possible!

Long hours of sleep were also important for psychological comfort. The issue here is like a game of tug of war between two parties. You have to determine what is the most important aspect to you in order to pull it, knowing full well that tugging this rope will lead to a decrease in it from the other end. However, the solutions are not implemented, and a way out of this critical situation is necessary, to make the rhythm adjust in a more harmonious way between study and mental and physical health together.

Focusing on studying improves grades, but not what you think!

A study conducted over the course of nearly 30 years shows that students who stick to their homework get more grades. Studying too aggressively, however, won't make much of an important difference. A US study showed that average high school grades increased by 1.5 percent for each additional hour of night a student spent studying. Those studies that link study and student grades often overlook the fact that there is no correlation between the two. A student who studies 10 hours of night and never sleeps is less likely to increase the grades by 15%! Because his nervous system will collapse before he enters the exam! It may work once or twice in difficult exam periods, but it never works as a daily routine for a week, a month, and an entire semester. Especially since sleeping and getting enough rest is very important for enhancing and strengthening memory. As everyone knows, every day consists of 24 hours, and every additional hour of study will have been deducted from other hours, which will lead to the weighting of one side over the other.

Another study found that sacrificing sleep in order to achieve extra study hours leads to memory impairment and learning problems the next day. Some students from about 12 classes reported that those who took the extra three hours of study were less focused and had problems during lectures the next day.

We also do not forget that neglecting exercises and physical movement in favour of studying will harm students more than benefit them, as the mathematical factor is very important in refining the process of education and thinking, especially the development of their creative aspects.

Sometimes there are some trade-offs

What does it mean to improve the student's academic situation in terms of grades, while obtaining high degrees of his misery at the same time? How can we improve the academic aspect and bet on frustrating the body and perhaps destroying the psychological aspect? Explicit focus on the study and its consequences means - in one way or another - insulting other aspects.

Researchers from the United States of America found that the appropriate amount of sleep for 15-year-old students is about 8 hours and 45 minutes! But if you want higher grades, you must sleep one hour less than that. Here we are faced with a trade-off that must be made.

Is the period now an exam period? There is an important examination that must be run through?

If so, some hours can be sacrificed during specific times, so that the barter will be profitable here. But in the event that the “sleep deficiency” system becomes a routine for every day, week, and month, then this trade-off must be modified, because it loses all possible results! You will lose school and psychological safety together! Whether on the body and soul, or even the degrees of study and the learning process even!

Striving to set the pace and achieve the perfect day

Based on the results of one study, a moderate day was ideal for all types of health; Either the cognitive mental related to the study or the physical and psychological. However, it needs some concessions, which can be a bit harsh. If we wanted to keep the three sides together as much as possible, and if the sample was a 12-year-old student, he would need the following:

It was also noted through this study that the students' priorities differ according to one time or another. As the exam approaches, academic achievement and focus on study are at their maximum. Other than that, they want to take care of themselves and take care of their mental and psychological health as much as possible. There is no one size and a static map that can be tailored to everyone to achieve the requirements of study and psychological safety together, but the issue remains hostage to each student and his own merits.

It can be likened to diets, is there an ideal diet? There are health regimes, but there are also terms depending on each body and its nature, how tall it is, whether it is thin or obese, and so on. It is not possible to give a diet high in fat and carbohydrates to an obese person! While you can't focus on fiber and vitamins for someone who is extremely thin! It is relative and follows each person separately.

However, what no one disagrees about is that controlling the rhythm between all aspects is the best option for maintaining the various aspects of the body and its requirements, whether knowledge, psychological, and others. Also, there is nothing wrong with some trade-offs every now and then when the need arises, but long-term stress, which leads to a chronic “fatigue accumulation”, harms school grades, the student’s back, mental health, and everything else he has, should be avoided!