by Wendy Sanders 11 months ago in stigma 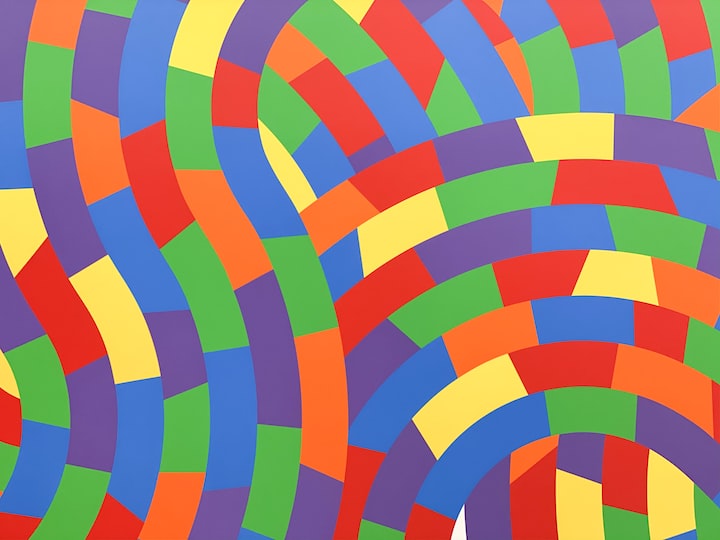 Everyone seems to think they know all about ADHD and its symptoms. I'll be out somewhere and over hear people say things to their friends like, "I'm so ADD right now!", because they'll be on their phone while also working on their computer, and they cant decide which device to devote their attention to. I've also talked to many people who don't believe ADHD is a legitimate issue or that it was created by big pharma just to sell drugs. What's worse are the numerous stereotypes and stigmas that are associated with having ADHD. When people hear that I am ADHD, cue the eye rolls and endless suggestions of dietary changes, more exercise, less screen time, it's a conspiracy, or worse, "it's all in your head", comments.

In this article, I hope to uncover some of the lesser known facets of ADHD and give you some insight about what its like to be an adult who deals with this monkey on my back day in and day out. It effects everyone differently, but I'd like to share what its like living with ADHD from my perspective. If you have ADHD, I know my experience will differ from yours, because I am not you. For those of you who don't have ADHD, and think you know what it's all about, I invite you to open your mind and see if my experience matches your perception.

Many people think they have a good idea of what it's like to be a person with ADHD. They seem to think the disorder effects it's sufferers the same way. People think of a person who can't stay focused on anything, someone who engages in hyperactive behavior or is constantly fidgeting. They think we are rude and disruptive, or not as intelligent as our peers. While some of these can be symptoms of ADHD, they don't effect it's sufferers the same way. Having this different type of brain chemistry has nothing to do with intelligence. People with ADHD just learn and function differently. Some people have issues with hyper-focusing on one thing for too long. Many "space out" and can't seem to get their head in the game no matter how hard they try. Others are paralyzed with anxiety over not being able to complete what they think should be a simple task, so they avoid it entirely hoping it will just go away, only ,making their anxiety worse. While others waste hours at the grocery store every time they forget their shopping list because they get lost in all of the endless choices, like 17 kinds of toothpaste, so .... they just forget the toothpaste altogether because choosing one feels impossible.

The ADHD brain functions differently in each person. Some may experience a majority of symptoms associated with the disorder in mild form while others experience only a few symptoms whit high severity. All of these symptoms and their severity can vary depending on several factors. Also, since it is thought that ADHD almost always develops in childhood, it's possible that these symptoms can remain undetected. They often begin to change once the individual reaches adulthood. Detecting ADHD in childhood is more common now, since we know it effects more children than adults. However, it's not always detected in children with milder cases.

My parents knew I was a bit different than other kids before I reached school age. I was having regular and extended bouts of insomnia paired with hyperactive behavior, inability to sit still, follow directions, complete tasks, get along with others, etc. It was clear something wasn't right, but ADHD wasn't being talked about a lot when I was a child.

My parents were getting divorced. My mom and I were starting a new life in a different state, settling into a new routine, and it was stressful for both of us. My teachers assumed my behavior problems were related to psychological stress. I was exhibiting normal behavior for a young child going through a traumatic life event, and everyone thought I would return to normal behavior patterns after life settled down.

As you can guess, it didn't. My symptoms remained relatively mild and then began to drastically change in my teenage years and my 20's. In the nineties, learning differences were called disabilities, and I was doing well enough in school and my social development skills that I didn't sound any alarms. My symptoms didn't seem worrisome until I had my first panic attack in French class at age 16. It was then my parents took notice and realized something was clearly not right, but nobody suspected ADHD. I was a solid student who rarely received grades below a B. I seemed to be doing okay socially, which isn't easy for most kids in high school. I was always a bit spacey, but that was just part of my personality. I was a day dreamer and a creative. My parents thought I was just going through normal teenager stuff, but things took a turn for the worse around the time I turned 18.

If you have a family history psychological disorders (which I do), many of them are thought to start presenting in young adulthood. Since less than 15% of adults are thought to be afflicted with ADHD, it is often overlooked as a possible diagnoses. Since I was having regular and sever panic attacks, I was first diagnosed with general anxiety disorder. Symptoms like anxiety, depression, mood swings, insomnia, impulsive or reckless behavior (just to name a few) are also associated with mental health disorders that commonly start to surface in adults with a history of mental illness, like Bipolar disorder (which I was also diagnosed with), depression, chronic insomnia among others. These symptoms may also occur in adults suffering from ADHD and are often mistaken as a result of something else.

If a person with ADHD is being treated for anxiety when the only reason they have anxiety is because they are struggling with ADHD...you kind of run into a mess. The anxiety might become less bothersome (not really), but the root cause is left untreated. That means every other symptom being experienced as a result of having ADHD is also left untreated. Not the best scenario.

Just writing this article is causing me to relive all the frustration I experienced until I finally received a correct diagnoses at the age of 32. I finally decided to go see an actual psychiatrist about the various symptoms I was struggling with, because they were literally beginning to drive me crazy. I was given a proper evaluation, a treatment plan, and my life began to turn itself around. It was a miracle. I began sleeping better. My moods became more stable. I learned how to become more focused. I learned that I needed lists for basically everything if I wanted to get anything done. I learned new ways to cope through Cognitive behavioral Therapy.

Medication might be helpful for some while others choose a more holistic route to deal with their symptoms. Some people just can't function as well without medication. Just because someone chooses to take medication to help ease their symptoms shouldn't change your opinion of them. Would you judge a diabetic poorly for choosing to take insulin? Would you tell them they could be cured if they would just stick to a healthier diet? I hope not. Everybody has a right to choose the treatment plan that fits their needs.

I hope this article was enlightening on some level for every reader. I am not a medical professional. This article was written based on medical statistics and my personal experience. This article was written for entertainment and informative purposes only and should not be regarded as medical advice. If you would like to read more of my articles about mental health and various other topics, please follow me on twitter @MissWendy1980. Thanks for reading! Please click the heart if you enjoyed what you've read, share it with a friend, or share your gratitude by leaving a tip. All are greatly appreciated

I was born to create. I am an artist and writer from the central coast of California with a dash of the Deep South and a pinch of the pacific northwest for extra flavor. Follow me @MissWendy1980 on twitter